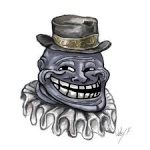 I was thinking with the new Dark magic & Manus catalyst that scales
from STR (B) to make a STR build using a small amount of INT.

I
know the calculator is not properly finished for PTDE but it looks like
that Manus catalyst does not scale in Mag adj just from STR alone, only
INT would increase it's Mag adj.

Do Dark spells work like regular spells, scaling from the Magic adj. of the Catalyst in hand ?

Don't
know if this would be a good build, it will focus only on Dark magic
which scales from STR (Manus) since they deal Physical dmg & perhaps
a GMW enchant (Olacile catalyst).

I saw the YouTube videos where
a Japanese player made some great testings with the new Dark spells but he
didn't made any High STR low INT tests & that's what I'm interested
in.

I think it's all a confusion, Manus Catalyst scales with Str but it's for its physical AR. Similar to the Demon's Catalyst, it could be an useful backup weapon for finishing off. With the low Int you're better off with the Oolacile Catalyst.
Katakato

"This Catalyst has an extra feature whereby it will boost the power of Dark Sorceries (Dark Orb, Dark Bead, Pursuers)
based on the user's Strength stat with a higher multiplier compared to
the TCC. This is apparent due to it being generally weaker than the Tin
Crystallization Catalyst at higher INT levels due to it's lower magic
adjust yet able to surpass its power when the dark spells mentioned
above are used provided the user has a high strength stat."

I was also surprised to read this but no one made any high STR low INT tests to compare.

One of my builds is a Dark Mage, basically made to try out the new spells. I'll switch wolf for bellowing dragoncrest depending on the situation.