I played Demon's Souls again after playing Dark Souls, and I noticed some similarities that I didn't notice before.

Blue phantom at Nexus as guy at Firelink

Urbain as Reah (Both are kicked into a pit, and both sell advanced miracles)

Filthy woman as merchant in sewers

Dragon God as Bed of Chaos

Red dragon as its self

Also, the blueblood sword is very similar to the divine Greatsword of Artorias 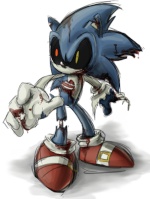 I'd love one counter-part do Maiden in Black!

"Brave soul, who fears not death.
Prithee, lull the Old One back to its ancient slumber.
What is it? Dost thou seek soul power?
So be it.
After all thou requireth strength.
Go forth; touch the Demon inside me. Let these ownerless souls become thine own."

"Patches as himself" sums everything.
RANT

ostrava would be solaire, theres a thread about this somewhere just search it and you'll find it.
xSomax 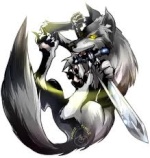 actually on the subject of leeroy, thats a reference to leeroy jenkins, a famous player of Wourld of warcraft. just go look up the video to know why. paladin? check. leeroy spelled the same way? check. though it might be both
The Letter X

This makes me want to do some comparisons with Dark Souls characters and Armored Core: For Answer characters.
TheAshenPhantom

I couldn't stop laughing at that. I love and Hate Patches!
sparkly-twinkly-lizard

both leeroy and garl use huge metal clubs, they're even similar in design(dented on one side), the name choice was probably a last minute reference
WandererReece

RantFromRant wrote:ostrava would be solaire, theres a thread about this somewhere just search it and you'll find it.

I always thought Ostrava was like Siegemeyer, because both of them have to be saved. However, I think I see your point. Both of them are the son of the last boss, and both are tragic characters.

btw demons souls "colourless fog"... something nearly identical showed up in a game cube game of theirs, lost kingdom was the english name i believe, also ceaseless discharge (or maybe firesage) and flame lurker, similar designs and all can be cheesed via the environment.
TheAshenPhantom

They are both Female assassins though that's kinda the only connection I could think of.
WandererReece