gravelords, what r u doin?

gravelords, what r u doin?

Dear Gravelords,
Your covenant appears to be broken.

I was trailing around New Londo waiting to get summoned for some jolly co op, no one was summoning me (I'm awkwardly overlevelled). So I gave up after about 30-40mins and went to run back up the stairs to Firelink and what do I see?

|DISASTERS ARE GONE AFTER THE DEFEAT OF THE GRAVELORD SERVANT|

Oh, that seems good. If only I knew what it meant. I keep getting that message flash up at random points but never saw a hair out of place. Is this normal? Is this how GS works? Or am I immune to miasmas of death and disease?
Kirk-Barb 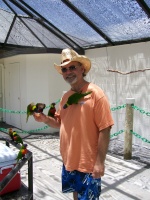 Sad to say you get no warning when you are cursed only a message when it ends. Also you only see black phantoms, ie.. really get cursed, at NG+ or better.
Knight Alundil

Kirk-Barb wrote:Sad to say you get no warning when you are cursed only a message when it ends. Also you only see black phantoms, ie.. really get cursed, at NG+ or better.

Dono what you mean by this man, i've been GLorded in NG.
Everynevers

I've seen the message that "Disasters are gone..." many times but I have yet to ever see a Black Phantom or anything out of the ordinary. I've read that some people think nothing really happens until a later playthrough than NG. I have a toon in NG+++ and still have yet to find any "Disasters", myself.
AnastaciaAstora

Kirk-Barb wrote:Sad to say you get no warning when you are cursed only a message when it ends. Also you only see black phantoms, ie.. really get cursed, at NG+ or better.

I see, this would make sense!
Are there any Gravelords around who can shed some light on it?

Edit: But how are you cursed? I've never had anything at all happen.
Everynevers

Black Phantoms spawn in your game along with all the regular mobs. I've yet to ever run across one but from what I've seen online, they are really nasty. Higher damage, higher defense, higher armor rating, larger aggro radius.. I only found out about them recently via this forum.
Kirk-Barb

Knight Alundil wrote: Dono what you mean by this man, i've been GLorded in NG.


Members of the Gravesworn ran a test with many members at once cursing each other and they didn't see black phantoms unless the world being cursed was at NG+.
sparkly-twinkly-lizard

black phantom versions of enemies show up in your world when gravelorded, however some weird glitches make it so you can be gravelorded (you can see and use their sign to invade) but not cursed, the cursing effect seems easier to trigger if the victim is in ng+ or more,
note a bp mushroom parent can oneshot a 99 vit rofap user in full giants armor, where as a normal one will take away about 1/3 of your hp or less, bp's are strong...
Rudmed

You forgot the Kiln BK with the GS. He hits you...its GAME OVER!
Knight Alundil

Knight Alundil wrote: Dono what you mean by this man, i've been GLorded in NG.


Members of the Gravesworn ran a test with many members at once cursing each other and they didn't see black phantoms unless the world being cursed was at NG+. 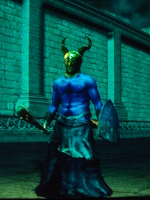 I saw black phantoms in the Royal Wood the other day in a summoned in game. Oocalile Township the other day a dragon sign (several times) appeared which transported me to a GL to duel. Dragon scale earned, once, lost twice (same guy). Also seen Black Phantoms in DR Forest. All of these in another persons game. In my games only see the "disasters are gone ... " message, usually as I respawned at the bonfire after dieing ( catacombs and Undead parish being real common to see that)
vatar5

You can only know you've been cursed at NG+, otherwise it doesn't affect your world. That's why Gravelording is so passed over by most players.
chaosrave

They do, in NG+. I've seen them often in the Burg, as well as other places. That's the point- the cursed get disasters (black phantoms) as an incentive to kill the Gravelord and break the curse.
BrotherBob

I'm not sure if this helps, but I have been gravelorded at the Kiln on NG.
PlasticandRage

Yeah I've been cursed in NG many times also. I very rarely go into NG+. I've only gone beyond it with one build just to check it out, and I only really do it with my others if I decide I want to fight Gwyn then get my build back to a heavy PvP area. Probably the areas I've seen it work the most are: Blight Town proper, meaning the wooden structure, the Tomb of Giants, and the PWoA. That doesn't necessarily mean those places work the best. They're simply the places I've seen it work the most.
retro

Being in NG+ or higher is essentially a requirement for having the black phantoms appear in your world. But this doesn't mean NG phantoms are impossible, they're just incredibly more rare and either have more restrictive conditions, are randomized to appear inconsistently, or are a bug (unknown).

It's good to hear more confirmation on this from gravesworn here. Al10005 on youtube made a video that demonstrated how to have a friend spawn phantoms in your world consistantly. It worked every time on NG+ and higher characters, but always failed on the NG character. (Note that the servant doesn't have to be in NG+, but the 'infectee' does)

I've also done low level gravelording and messaged a good number of players who invaded through my sign if they saw phantoms in their world. I made sure they could see a new sign of mine to make sure they were 're-gravelorded', and also told them where they should be able to see them. None of the NG players ever saw the phantoms.

This was also sort of confirmed by Miyazaki in a recent interview:

I asked Miyazaki about some more specific ongoing aspects of Dark Souls play, such as the Gravelord covenant – is it true players can only see the black phantoms in NG+ and above?

“That is almost true,” Miyazaki almost answers. “In Dark Souls' design the position of enemies is fixed, so we could have intended to make the effect of Gravelord Covenant a new element seen in the second try after the game's ending. To be honest, I suppose I could have made it better.”

In short, it may be possible to see phantoms in NG every now and again, but it's inconsistant, rare, and unreliable. In NG+ and beyond, it seems to work consistently. So when people say NG+ is a requirement, it may not be the whole truth, but it's a good guide to follow if you actually want to spawn/ see phantoms. This renders low-level gravelording completely useless, and you should be at a level where the average playerbase starts hitting NG+ when you use an Eye of Death.
passivefamiliar 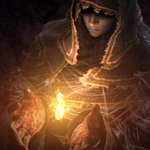 So, i took some video, (with my phone, so lay off about quality)! Just some evidance of it working, but i am on NG+++...sooo...ya. doesn't disprove the theory of NG+ being needed to see them. But still. Here it is. I couldn't very well get video of the jumping fist smashing types, and i couldn't let this hit me either, it would surely have killed me. Here is the link. https://www.youtube.com/watch?v=cmJCNqiVtVI&feature=youtube_gdata_player. I don't care about likes/views. I'm obviously NOT a youtube uploader really. This again, is just for the community.
mankind

a gl can only infect 3 players at the same time and there are not many gl's out there so try it with a friend of you.

It was such a great idea for a covenant. It's a pity they didn't implement it very well.
vatar5

I remember a French person who used a trick to watch SoV and DW fights each other without being harmed.

He just went to Undead Parish via Blightown,meaning WITHOUT crossing the fog gate near the house with crossbow.
Then he used EoD while being near the corpse with the crossbow...
Guess what?People started invading him and spawned only in front of the fog gate meaning:

-They can't go to the house.
-They can only fight each other or use BC.
-The host can throw dung pies like a baws and not be harmed except if someone has a ranged weapon,then the host can go inside the house and drink tea like Archer.
DMC

Yeah I remember that. Never tried it but sounds awesome

i've been cursed with BPs in both the Dark Root Forest and in Anor Londo during NG (first play through). as for the messages, my gut feeling is that everyone in the same lobby as the Gravelord receives the "Disasters are Gone" message, not just those that have been cursed by the Gravelord.
aceluby

I helped someone through Oolicile that was cursed. Pretty sure they were on NG+ or higher, but the black phantom chain guys at the end of the level are a BEAST. They took all my hits from pursuers, bead, and crystal soul arrow and still didn't go down while the other two were hacking away at it.
Sponsored content

» Where Are All The Gravelords At???
» Anybody doin g this?
» Where'd all you Gravelords go?
» Gravelords....
» Your take on Gravelords