A What If... for Lordran

A What If... for Lordran

I am a big fan of alternate history. Asking what if a historical event had gone differently. So now I wonder what if things had gone differently in the DkS universe. What happens to Lordran and the world of Dark souls if the Chosen Undead doesn't appear for another few centuries?

Just some things I started to wonder. This topic is just for fun of course to let creativity run a little wild.
DoughGuy

the question i have is, would lautic have succeeded in his quest and what would the results have been?
DoughGuy

Tell me what Lautrec's quest is first

i think he wants to put out all the flames....... that or kill ALL the gods
DoughGuy

Then no he wouldn't. He's strong but there's no evidence he's taken on Dolin yet and there would reach a point where he hit a DM powerful (or lucky) enough to kill him despite his allies.
lalliman 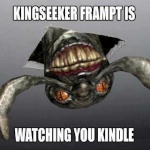 About the demons thing:
* I always feel like Quelaag's web-house-thing blocks the entrance to the demon ruins and disallows them from leaving.
Let's build a little scenario here: Maybe when the chosen undead (i am disappoint in my spellchecker for not knowing the word undead) stays away for a couple more centuries, the fair lady will die from her blight-pus induced illness and Quelaag might leave her domain, since she doesn't need to take care of her sister anymore. That leaves the web-thing uninhabited and subject to decay. Over time, the passage might open up and allow the demons to expand into blighttown. From there, the taurus demons and chubby demons (you don't see those in the demon ruins (other than the firesage) but they have to come from somewhere) will be too big to continue, but the capra demons might climb the wooden platforms and escape into the rest of Lordran!

The other answers mostly overlap with Doughguy, but i'll list them anyways:
* It's debatable whether Gwyn can burn out. When a human dies of old age, is that his soul burning out? If so, Gwyn's soul (since he doesn't have a lord soul anymore) could burn out too. And since the witch of Izalith isn't around anymore to make a third one, that will end the age of fire. But as i said, debatable.
* I don't think there's anything else Gwyndolin can do. If he could, he wouldn't be hiding behind an illusion of his sister

He'll prolly just continue doing what he does until all his followers are gone. Which once the age of darkness comes, is only a matter of time.
* I think people have been debating whether Pinwheel stealing Nito's power was a one time act or if he continues to do so until the chosen undead kills him. I'm not sure if they ever came to a conclusion. If it's the second option, then a couple more ages might give him enough power to become worthy of the title boss

* From what i've seen, Seaths experiments are more an act of madness than an act of science lately. It's unlikely that he'll discover anything. He had almost a millenium (who knows when exactly he went crazy) of sanity to find a way to create the scales of immortality and didn't succeed. Best he can do right now is create more messed up creatures.
skarekrow13

Lautrec dies at some point. We can find his corpse so my guess is his quest wasn't ultimately successful.

So my question is for Dough since it's about his bromance. What would happen to Oscar's stuff? Would the chosen undead never get a sweet sweet cup of Tang?
SpecialNewb

On civilization collapsing, from the Balder description:


Balder was the homeland of the Knight
King Rendal, but it came to ruin after a
great many Undead were spawned.

So we know that Balder (whether a part of a kingdom or a kingdom itself) has collapsed due to numbers of undead. When I talk about collapse I am thinking about it happening elsewhere. The impression is that the Undead/Hollow problem is getting worse.

Good points about the demons being a one-time thing. Though the merchant's dialogue makes me think otherwise. However I had never thought about Quelaag blocking the demons before. That's a really interesting idea.

skarekrow13 wrote:So my question is for Dough since it's about his bromance. What would happen to Oscar's stuff? Would the chosen undead never get a sweet sweet cup of Tang?

I'm not Dough but.... Maybe a future Chosen Undead would find those items lying on the ground or something. Or maybe the first boss of the game would be hollowed-Oscar.
Acarnatia

I think that if the chaos demons had any significant drive to expand then they'd have already killed Quelagg and/or the Fair Lady. There aren't even any in Blighttown aside from her lower half.
Lautrec explicitly devotedly served at least one goddess, Fina. We have evidence that suggests he may be seeking to topple the others-or he may not. Regardless, we already know that he's capable of escaping his prison in the Undead Church because he will if you don't save him. He doesn't, however, seem to be anywhere near capable of slaying any of the near-endgame bosses, (without leveling up) though that's only something for him to be concerned about if he even plans on attacking/killing any of them. As far as we know, he DOES succeed in his mission if you don't kill him. (or who knows? perhaps he still succeeds, even upon his death)
The one of those that I think has the greatest potential for change with the lack of the Chosen Undead is Pinwheel; as far as we know, he/she/they might have eventually stolen enough power from multiple deities' and Lords' souls for he/she/them to become more powerful than a full-fledged Lord's soul bearer.
Shkar

Assuming the flame won't completely burn out with Gwyn there:

The undead continue mindlessly wandering around, falling off cliffs and getting eaten by the demons/drakes. In time, these creatures (at least the drakes) would start looking for more food and likely end up attacking and killing a decent number of live humans. The Bridge Wyvern is practically a full-blown dragon, it seems unlikely that there is any force in the human realms "currently" able to stop it.

Given enough time, the undead would most likely rot away entirely or continue to plummit/get eaten, and humans would likely try to retake Lordran, assuming they could fend off the drakes, demons, and any lingering undead.

If Gwyn CAN burn out, and assuming he does so, my best bet is that the world returns to a completely lifeless state.
DoughGuy

@Skare. Well Oscar is a chosen undead in his own right really. So technically he wouldn't appear for a few centuries either. Assuming though that he did appear but you didn't he'd likely be looking around and not find anyone to continue his quest and simply go hollow with the tang on him.
lalliman

Shkar wrote:If Gwyn CAN burn out, and assuming he does so, my best bet is that the world returns to a completely lifeless state.

Good answers on the Tang!

What would happen with the two crying Pisacas? Would they eventually suck it up and go do something or would they still be crying?
DoughGuy

I think in time they'd slowly lose the final parts of their sanity and become viscous Pisaca's like the rest of them.
Shkar

DoughGuy wrote:I think in time they'd slowly lose the final parts of their sanity and become viscous Pisaca's like the rest of them.

Viscous? They would flow?

Yes. But only to creepy, dissonant music. They're the innovators of "stair dancing"
Sponsored content

» The Lordran mix
» You in Lordran
» Lordran In Its Prime
» Lordran flickers
» Would anyone want to do a journey through lordran with me?