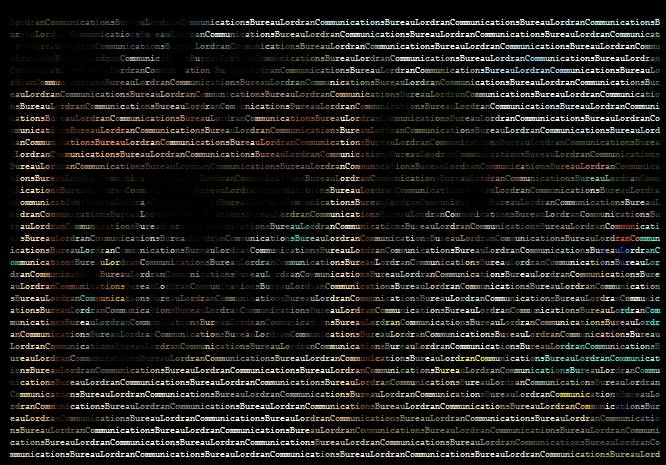 Mission Statement
In Lordran, the perils of uncertainty are ever looming o'er our shoulder. The goal of The Lordran Communications Bureau is to extinguish uncertainty by providing Operatives, and non-Operatives, with more Humanity; in turn granting all involved some piece of mind, and indeed, a little more sanity. We are known, in this eternal moment, as the Operatives of the LCB, and by this title we serve the cause of Peace through Humanity.

Behavior and Psychology
Uncertainty breeds in confusion, it thrives on pain and suffering. In order to achieve peace within and without, we must reach out to all of those who are nearby even if they might do us harm.

Being truly neutral in action, Operatives precede battle by drawing their message, and withdrawing* three yards. When the invader walks over and steps on the message, the Operative shall bow while, hopefully, the invader grants their message a positive response.

The final action of the Operative's greeting depends on the invader. If the Invader shows any immediate hostility they are to be dealt with by any means necessary. However, if the invader writes a response and withdraws three yards, then the operative is to dissolve their message and grant a return, positive response.

From here battle will assume as normal.


Ranking and Advancement
Rank is determined by "Cooperative Cooperation". When two Operatives meet each other they will both write their message and attempt to withdraw. Once it is clear both players are Operatives they shall exchange responses by walking past each other on the left side while guarding.

Once the exchange is complete both Operatives will Bow to initiate battle, from the moment they are finished with the closing action. After the encounter, both Operative will report back here and they each gain one Humanity Point (HP).

Participation is not exclusive, and Multi-Covenant play is encouraged.

~`~`~`~`~
*Withdraw by stepping backward away from your invader while blocking.
IWeltrip

Conditions of Participation
-Operatives should carry Orange Soap Stones at all times.

-Operatives must never abuse procedure; for personal gain or otherwise.


Rules of Engagement, and Preparation
For each play mode, there is a series of steps known as "Gestures". One Gesture may consist of several short actions, and is identified by a short phrase in quotes.

Response messages are always Up-voted (even if the other players did not up-vote your message).

Phantoms:
"Salutation": When engaging in cooperative play, Operatives will write their preferred message of greeting, take three steps back, and bow to the other players.

"Encouragement": There are times when support needs to be given. When things are looking hopeless, or sanity threatens it's leave, the Operative will point down, write a message of encouragement, and drop a Humanity. This is an act of mercy, and should only be used once per encounter (if at all).

"Well-Wishing": At the entry to an area's boss, once momentary safety is assured, The Operative will write a farewell message, and use the Hurrah! Gesture. Once victory is assured, the Operative should try to use the Wave Gesture before they vanish.

Invaders
"Declaration": An operative that engages in a one-on-one battle will first write their message and step back three yards. At no time during should the Operative walk beyond their written message.

"Initiation": After Votes are exchanged, the Operative will remove their message and Bow. Battle will then commence.

"Restitution": If the Operative is victorious, they will write a message on the fallen body. If that message is up-voted, then the next message that touches it will get up-voted (assuming contact is maintained through the void).

Responsibilities are determined by Rank and are mostly optional, though acting within the guidelines will help spread the message of the LCB, and increase chances for Operatives to collect and distribute Humanity.

Initiates can post claims for The Great Signpost to have their messages Up-voted.

Journeyman:
The Responsible Journeyman will up-vote messages that fit the descriptions found on the Great Signpost Registry (see below), and should report any player seen abusing the guidelines (as well as serve them an Indictment if possible). They may also respond to Low-Rating Requests

Covenant Avatar: The Journeyman may register a character of SL20 as an Avatar. Operatives are expected to keep their Avatar at the SL limit, and will utilize that avatar to respond to Requests.

Host:
Responsible Hosts will drop Humanities for their allies upon greeting, and has at least one character registered with the Covenant. Setting, and keeping, appointments (and completing Requests) is a key part of the Host's duties, as it propagates Humanity Growth throughout the community.

Covenant Avatars may be raised to SL50-55 (it is recommended (but not required) to have at least one character of each rank).

Resident:
Responsible Residents can authorize requests for the Great Signpost, and are tasked with completing the Highest-Ranking requests.

The Organized Query and Response Administration (AQaRA) is the network of players that will ensure connections are made, and tasks are completed by pairing active Operatives with suitable Requests. This is, of course, optional.

The NG+ Team (TBA) will consist of groups of Nine using characters that have completed the game at least once. Each group will be directed carefully in order to bring each character on the team to level-cap (Eventually). Participation is optional.
IWeltrip

Andre's Bondfire
-PS3-
- "Need Chance", IWeltrip, In the far-right corner next to the door to Sen's Fortress.

I really like what you have here. Your idea is very unique and well-organized. Once I am relieved of some of my workload I will officially request to join.
_________________

The Letter X wrote:I really like what you have here. Your idea is
very unique and well-organized. Once I am relieved of some of my
workload I will officially request to join.

Fantastic, I look forward to your call.

Lord of Ash wrote:HEY I SUPPLY THE GOODS ROUND HERE YOU WANNA TANGO WITH THE RANGO

That is good news, we could use an ally such as yourself. I can almost guarantee a meeting of minds could see us both with better business.
_________________
Active Characters:

I would like to officially join the Lordran Communications Bureau. Feel free to give me something to do because it seems like I am free for a while now.
_________________

Awesome, your only duties to start are covered in the Initiate section, but you may feel free to perform any other duties listed.

My main concern at the moment is gaining more members, and amassing a decent Humanity Pool between us.