I dunno, just lately I've been trawling through the threads on the forums and most of them seem to be about the same old things, 'what armour', 'what weapon', 'what build', 'which boss' et bloody cetera. Yeah o.k. all legit serious stuff and that's the problem. Back in the day there was more of a mix, more fun, more wit and light hearted comments along with the heavy stuff. Well, that's how I remember it anyhow. Although it could be a case of 'distance lending enchantment to the view.' Maybe it's just a case of long time members leaving the forum and the so called 'new blood' not being up to scratch where wit is concerned but I wish they would lighten up a little.
The Letter X

I'm sorry to hear that, Slake. I've been trying my best.
skarekrow13

It seems a bit cyclical. I've noticed a few new members tearing it up recently. Hopefully get things rolling again.

Don't worry Slake, I'm still here to make things super fun and entertaining with all of my golden jokes and classic stories.

I think we're just getting to a point where we've discussed just about everything there is to discuss because we've all been playing the same game over and over again for a year now. DkS2 will liven things up a bit I'm guessing. I'd also assume it's probably going to bring some people back. I know I lose interest every now and again and wander off, but the DLC brought me back, and I'm sure if I end up taking off again I'll be back when the new game comes out.
SlakeMoth

Thank you all for your replies. You are the kind of people we used to have more of on the forum and it comes as no surprise that you're long time members too. I might well 'wander off'' myself for a while.

Incidentally, Plastic, didn't I read a while back that your taking a trip to Europe sometime soon?
Hue

His thread is gone too

I'm trying my best, though admittedly a lot of posts recently have been more serious discussion... Maybe I should think up some fun topics to whack in places and lighten up the mood..

It has got more stale, but I'm sure it's just a phase the forums getting through.
PlasticandRage

SlakeMoth wrote:
Incidentally, Plastic, didn't I read a while back that your taking a trip to Europe sometime soon?

That's the plan. It's supposed to be happening at the end of May. Just a short weekish vacation, but still my first time in Europe, so I'm pretty excited about it. Have a lot of plans for that one week. Lots of things to try to fit into it.

There're certainly a core group of members that keep me coming back. If they all left at once, I'd probably not see much reason to continue coming, but I enjoy the new people too.

As a new member, I came here because I wanted to share informations about the game. But I'm not against talking about lighter subjects than technical Demon's/Dark Souls only. If needed, I can even turn full retarded since it's my prime form...
Though the problem with me is I am a very lazy kind of person, and translating from french to english while typing a post is such a chalenge sometimes that I can just say "F*** this

" and discard it.
Hue

Because I think in french and I sometimes have to think hard to ajust my posts in english. It may take me 10-15min to write 5-6 lines, and I still can loose my ideas in the process. That's what happens when you have an incomplete brain as mine.
It's odd because, I'm not only lazy, I'm also kinda maniac, and I read my post at least 5 times before posting, looking for mistakes and better turn of phrases. Even then, I think it's far from being perfect.
This discourages me from posting sometimes
skarekrow13

English is my primary language and look at the garbage I spit out. Don't fret about it so much 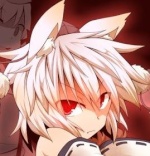 We need a Huge Thread of the "Build Advice" Wait... We have that yet no one used it... Make it a Rule? Mods wont do that, and rules arent read... Repeat threads stay
BIG TIME MASTER

So that's how you feel? Well I for one can't stand all the joking and nonsense on this forum. It's very unbecoming and unprofessional.
WhatDoesThePendantDo?

skarekrow13 wrote:English is my primary language and look at the garbage I spit out. Don't fret about it so much

Haha! I know it's not important, but that's stronger than me
Onion Knight

And polls of topics that have been repeated since the forums existed, don't forget about those gems.
*Yawn*
Sponsored content