The Event Op will be edited to reflect current info. today!

Please review the OP when edit is finished.

If you haven't already.

The event is in two weeks Everyone!! Those who have not signed up and wish to participate...now is the time to do it!!

Hosts, especially...let me know who intends to host this time around. Please read the notes above!
Ahhotep1

Hi, Everyone! (Sorry about the wall of text...hope it isn't too bad.)
The Event Thread link is below. I have yet to edit in the new info. which follows after the link. But if you are interested please read the OP of the thread and post your intentions. This event is open to the Forum, Wiki, xbl, and ps3, as well as players "in the wild" since it is also listed on "PSN Event Calendar". We have had "out in the wild" players participate!

Summation of notes that will be edited into event thread:
Okay Everyone here is the "Active Event Area".


First, we will be going top to bottom and I have decided to include a portion of the swamp.

1) The entrance to Blighttown will be from the Depths.

2) The Drop Zone: Hosts will summon and Phantoms will drop their wss on the platform at the bottom of the first ladder.

3) The Host MUST open the fog gate below the Parasitic Wall Hugger.

5)Invader must invade within the Blighttown area at the top NOT IN THE DEPTHS AREA!

"The invasion boundries for this location begins from The Depths entrance, includes the main path and wooden platforms along the way to the upper-bonfire. Ends before the stone walkway with the bonfire. Does not include the area beneath the Iato-holding corpse."

6) Runs will go from the Drop Zone at the top to the Swamp area immediately in front of and to the left of the last walkway only.

As one stands on the last walkway at the bottom facing the swamp you will see two large pillars to the right. DO NOT GO RIGHT BEYOND THOSE PILLARS.

All of the swamp area to the left of the pillars is apart of the Active Event Area.

Please Note:  Though the runs will progress from the top down. This does not mean that the Red Team can not double-back on the White Team!! So, Watch-Out White Team!!

7) I timed an unimpeded run from the top to the bottom of the last walkway as if I were a Red Phantom or Vader. It took 3 minutes. So, I will be adjusting the "head-start" time to 2 minutes. Since the Host and Phantom may, more then likely, have to fight npc's on their way down. This will delay them long enough (I feel) to allow the Red Team to reach the bottom and set-up an ambush or trap in the Active swamp area as well as any where along the path down.


A Call to All Those Who Will Be Hosting the June 15th Event!

The soul level will be 100. Very few except hardcore pvp'ers (the pit) will have Quelaag alive in their world. Host's will need to go to NG+ or make another build where Quelaag remains alive.

I try to maintain this event so that it makes as few demands on participants as possible (making new builds) other then showing up and having FUN!! However, Hosts will need to make adjustments.

So, those who wish to Host please let me know as soon as possible. It is important that we have at least 5 Hosts ready to go at event start.

Hosts who need help going to NG+ or preparing a new build for the event let me know and I will be happy to assist you in anyway I can.

On a business note:

It is advised that all participants make their own "dry" runs in Btown from the top to the designated bottom of the Event Area. This area will prove a challenge to both teams!

Keep in mind that the Red Team will have optimal "sniping" opportunities. Cunning and Area Awareness will reap the advantages.

Also, it is highly suggested that you go to "options" (in the game) > "Controls" > "Camera Auto-Wall Recovery" and turn that "OFF"...if you don't have it off already. If "on" the camera can knock you off narrow walkways or near ledges if there is a structure that activates the auto wall recovery system.

That's it (so far). I will be adding the above info to the event thread soon!

Ryan, you should host! For me? SinceI won't be there...and go to bed at a decent hour, k?

shadowzninjaz wrote:XD i probs will just but find some1 else 2 if i dont wake up

I'll put you in as a host (boss alive or ng+). With a note that your a sleepy head and may not make it till later! 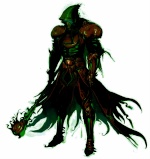 OP has been edited, finally. 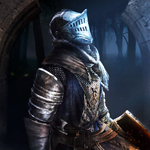 Alpha, glad to have you aboard!! This is going to be a truly awesome event!!
Ahhotep1

Everyone! Please refresh yourselves with the OP of this Event. Check out the Location Info. and prepare yourselves for devilish FUN!!

We have a ton of Hosts! YaY!!!! Just make sure you guys are ready to rock'n roll!

New Participants...just sign up here with name (game and forum) and console.

K im a 4 sure making this in the morning, but im a be hosting in the afternoon. going be a fun time wonder what crazy things people r going be doing this time XD

I'm making this build for these Events. Since it's always going to be 2v2 and SL100 I figure a build covered in stuff I like and the ability to support an ally would be worth a character slot.

Though I will be making a bunch of elemental weapons. Donations of White or Red Slabs appreciated!
Ahhotep1

Jans, not to worry we will hook you up. Between all of us you will be swimming in slabs!!

I can actually give you all you need for your stuff just tell me when. And jans I think the sunlight is the heal yourself and your ally but I would switch the replenishment for the one that heals your ally as well besides I think it's stronger than replenishment. And you may want to use the sun princess ring as it bumps up the replenisment health restore as well as power to most or your miracles on top or if you get lucky with a white ring in the vicinity to boost it further.
Jansports

Yeah I really want to fit Bountiful sunlight, but it's also 2 slots (just like Soothing) And I also sometimes want to Squeeze VoS in as well, as a very successful plan if to Ambush the other team with a slew of Magic (HCSM or Pursuers + casted spells, FireTempest around corners ect.) There is a lot the build can do, and shuffling around the spells is definitely something I'm constantly working on to figure out what works best. So far I've found Soothing (the heal) to be more effective than Bountiful (the regen) But I also think Having both may not be a bad idea, but again if I want VoS/TwoP to support that's 7 spell slots right there, and that's with zero space for WoG which is really the only powerful damage the build would have (WoG stun into BS, or even just a quick r1) I need to remake it so I'm going to see if I can maybe fit another spell on, or move points around and somehow get better mileage (for example I think 48 faith, just enough for soothing, is plenty going to 50 for the little bit of Madj. at the softcap is pointless)

I also have a very odd build that Makes a great Host, that uses a variety of defensive options. The Idea is to negate all possible threats. Heavy poisey armor with a midroll and 350 physical defense, which is where it starts to diminish in value. Strong Magic Shield makes any shield into a total beast that laughs off danger. Replenishment/GMB as usual for me are excellent survival choices (I really am in love with them) And Vow of Silence can(will) stop silly things like TwoP darkbead. GC/Blackflame spam, enemy WoGs. The Bandit Knife/Hornets were chosen because I really like the knife, its fast, bleeds and crits like a beast. Having replenishment and such big physical defense combined with the fast swing of the knife makes blind parries an attractive option as a quick r1 can stop BS attempts if you whiff a parry (sometimes you'll get BSed anyway but they have to basically have guessed you'd parry and just happen to be in the right position) BK Shield was chosen to block Pyro it's that simple. Though I do carry around a Crystal Ring Shield and Dark hand. Dark hand is for weight limitations when I want to not use the BKnife, and it's fine to use with SMS. Crystal Ring is itself a potential weapon, it seems to surprise most people, as ever since the nerf it's been largely ignored.

Okay, now that I've typed waayyyy to much for my own good, I'm actually going to go play dark souls
Ahhotep1

Referencing Jan's last post above convinces me that an idea I have been entertaining is a very good one, indeed.

Everyone, please Congratulate and Welcome our New and Quite Official Build Expert!!

Jan's come up with the title you would like and I will add it to our roster!
Oh, and I just realized I posted this in the wrong thread....ooops! But I'll let it stay.

I'm going to help everyone do runs through upper Blighttown!
PSN: ExiledShop or L7_AlphaTrol

(I will show you various shortcuts!)

How far into lower blight town are we allowed to go? Like whats the total scope of the event area?

I also advise every host to go ahead and eliminate all the blow dart undead before the event, the last thing you need is to get toxiced right in the middle of a fight
Ahhotep1

Jansports wrote:How far into lower blight town are we allowed to go? Like whats the total scope of the event area?

I also advise every host to go ahead and eliminate all the blow dart undead before the event, the last thing you need is to get toxiced right in the middle of a fight

From the bottom of the first ladder through the Depths Btown entrance to the very bottom where the swamp begins (last ramp). As you stand facing the swamp there are two pillars to your right...do not go right past those. All the swamp area to the left of the pillars is apart of the Active Event Area. Essentially, where all the slugs are and access root to the Great Hollow.

Ahho, do you mind changing my PSN to my shop one?
Thanks.

AlphaTrol wrote:Ahho, do you mind changing my PSN to my shop one?
Thanks.

Also, If anyone needs to do a recon of Btown and wants help...message me on psn later today after 4pm.

Alpha, we need to do another run as well!!