You are not connected. Please login or register
Go to page : 1, 2

I made a little mod for the game that make most enemies of the game to behave more aggressive.

First thing:
If you still not finished the game you most likely don't want to use this mod since it make some parts of the game more hard.

This was tested in the steam and standalone version. Any problem just leave a message.


If you are curious about the mod but not sure if you want to use it, i suggest playing until the first bell to get a good impression of the mod.

Here a little video showcasing some early parts of the game:
*Giant head not part of the mod, is just for your amusement.


Sorry for the lack of sound, just play some music on your computer =)

To use it just open Dark souls and this mod and then press the checkbox to enable it. You can disable it anywhere during the game.
hey its andres 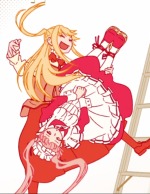 Dude your videos are great! I wish this was an option for console players.

i'd really like to try that but it always says i have to register to download. are not other uploads available?
Hue

kettpower wrote:i'd really like to try that but it always says i have to register to download. are not other uploads available?

Someone mush hack infinite health, run around all of lordran to aggro every single enemy, then remove the hack and savestate the game.

Jack I'm amazed. Havn't had this much fun ingame in a long while! I'm very curious as to how you did it.. and what else is possible?

Would it be possible to remove some of the fog-doors enabling some bosses to follow you around as well? Like removing Priscillas, or Gwyns?

Not meant as a request, I'm just excited about any mod-possebileties concerning Dark Souls and as the creator I'm sure you have some ideas of your own of what you want to do?

I think one thing that really ruins this for people is that it's tedious to find the correct download link on 4shared, it gets to the point of frustration, sadly :/ because I think this is genious and everyone who is looking for something fresh, and not just retextures and fancy graphics (no disrespect) I love graphics, i'm a 3d modeller. 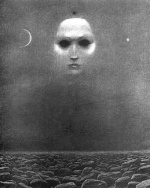 So, I was just made aware of this. Does anyone here have a working link to this that doesn't require a sign up?
_________________
The Demon's Name Is Surveillance
Mireneye

I guess I could repost it later if the OP does not show up. By the way I played through this entirely on stream ^^ was a fun romp. SL10 (because SL1 is boring

) and only class weapon.

Found some really fun glitches and in general enjoyed it! Was a really cool challenge but some things just break the AI so badly lol.
DPSMurphy 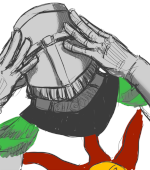 Oh man! This is too great! I was trying a similar challenge by manually gathering the mobs, which is risky and takes some time learning the right paths to run. But this mod... God Bless you!

How the heck do I uprep people on this forum?!

vaatvidya said this does not work with the current game on steam. Is this true?

I got the mod. It does not work.
Cavistus

I created this account just to upload this file somewhere else.

you're welcome. hope i helped.
4shared can go suck a ****.
CaligoIllioneus

Johnthethird wrote:I got the mod. It does not work.

The mod has not yet been upgraded to work with the last patch of the game, I think. At least that's what Vaati said on his coverage of the mod.

Great work, by the way! I'm curious about how editing this was possible...this may be a major breakthrough for future mods.
shogunrogue 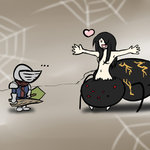 It works with the GFWL retail version, start the game then run the DSA.exe, the darkroot forest is now an absolute bastard !!! the horde of tree men made me wet my pants !!!
Marino.

It also works for my retail version .
Just tried Anor Londo, holy f*ck Painting Guardians everywhere and so many knives .

Wonder if you're able to Invade and have this active, did anyone test this yet ?
Jack_john2

Hey there, i did not know that this topic was still alive, i set up this account just to post this so i completely forgot it's password.

I made this new account just to answer some of the replies.

Can i upload this anywhere else?
Yes please, i just uploaded on 4shared because i don't know the good sites that offer upload, please upload and distribut it anyway you like.

How the mod works?
It take the npc resting position (Spawn point) and set to the current location of the player, so they are constantly tring to rest on top of you, hehe

Can you remove fog doors?
Sadly some fog doors are used as triggers to wake up bosses and other stuff, if someone is willing to hand pick some fogs out it could work.

Other mods you want to do?
I tried to make enemies to spawn X2, X3, XN times on the load of a map, i got some small stuffs to work but it became to time consuming for me to press on.

Do you plan to update to the new version?
I'm not sure how much work this would be, i guess it alot of people want it i might do it.

Can you invade or coop with the mod?
Last time i used the mod online was a little later than the upload date so don't take this answer as 100%
If you are the host, the mod will work for coop and invaders, if you invade someone the mod will have no effect on their world.
shogunrogue

Lower Blighttown is a nightmare with this on. At least when farming large shards all of the slugs came to me. To the creator, thank you!
_________________
The Demon's Name Is Surveillance
DPSMurphy

Jack_john2 wrote:1# How the mod works?
It take the npc resting position (Spawn point) and set to the current location of the player, so they are constantly tring to rest on top of you, hehe

2# Do you plan to update to the new version?
I'm not sure how much work this would be, i guess it alot of people want it i might do it.

Let me be another to say thanks for the mod!

1) For some reason I thought you got it to work by changing the values that determine a players presence/noise, the values that get changed by fog ring and hidden body, but in reverse. I don't even think there is a concrete stat for that though.

2) Can you update it? Alot of people who saw it on reddit and youtube can't get it to work. I'm sure many others would be thankful!

You working on any other cool mods atm?
Marino.

Hmm so it doesn't work with the newest Patch ?

I guess i play offline for a while then .
This is too good .

I would appreciate it if you would update this to work with the newest Patch .
DSFix doesn't work either from what i've heard so you should stop by the Dark Souls Nexus, maybe they know a solution to this already .
Jack_john2

Hello friends, i am glad i remembered the password for this or else i would be creating jack_john3

I uploaded a .CE version of the mod to the patched version right here:
insanedifficulty.com/board/index.php?/topic/4202-dark-souls-agressive-mod/

There is also a little step-by-step on how to use cheat engine.


You working on any other cool mods atm?
I'm not really making mods for some time now, i just updated this one for the requests, if i start playing Dark Souls again i may keep modding it.
Marino.

I just patched my Dark Souls and downloaded CE .

Hey marino, is normal if you can't check version one or two of the XCode, just make sure to try it.

Did you test in the game? A good way to test is to see if Petrus is following in the Firelink shrine.

Try not to close cheat engine after checking the box, and make sure your target is DATA.exe

Also check if you didn't skipped any step on the CE tutorial. Let me know if you get it to work.
Sponsored content