What has happened, my dear Lava God?
SirArchmage

What has happened, my dear Lava God?

Psh, don't listen to that false god. The one true god is Sithis. 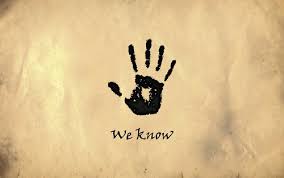 What has happened, my dear Lava God?

Psh, don't listen to that false god. The one true god is Sithis.

He's probably the one that downvoted me, but everyone is different 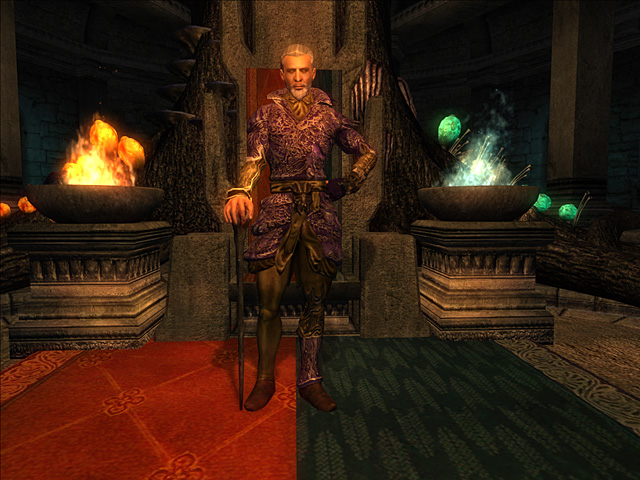 I have played Shivering Isle.
Hart

Oh and this is a link to JRR Tolkiens 'The Silmarillion', as a pdf file.

Very similar imo to what your doing, basically a collection of the lore and history of Ea, the world in which his stories were set.
SadPanda

I have to admit, this is greatly written. It just emits passion and eagerness to write, not forced like a lot of people write. It's a very interesting well written Theology which was very refreshing to read.

I'm not a critic or anything, but you are really good at writing.
Encore

I am at last done with the entire magic section!

This is probably one of the biggest sections here, describing how magic works, the schools and all that.

Next I´ll probably will write about the Maiden Wars.

The maidens are powerful young women chosen by the divines. The divines use them as both emissaries and to test mankind. The maiden wars are war instigated by the god between the existing nations in order to see how they will use their maidens.

The maidens are young women chosen by the divines. They have incredible power, and throughout history many nations have fought to have posses them, whether to use scare tactics or to use them in actual wars. These battles have since then been dubbed "The Maiden Wars" by the general population.


I am really twisted by these choices, please tell me what you though was best.
Hart

An idea for the Maiden Wars....

My idea is that the Maiden Wars could be the culmination of a Game between the divines; in the years between Wars they spend they're time manipulating mankind, scheming and building their strength. As the time grew closer to the next War, each divine would select a Champion through its own tests, based on its sphere of influence and nature.
These tests themselves were enough to shatter nations, but when the Maidens were finally chosen, the power they were granted as Avatars of the Divines was such that armies flocked to their banners.
The Game was a test, a reaping and a renewal of the world. No divine would ever truly dominate the other, but in mankind they saw the pieces of a chess set. Each Maiden War was another rewriting of the planet. The victor would remould the world as they saw fit, through their Champion, until the next...

Maiden Wars beggining is looking good.
Thing I'd personally like to see are a few themes running through all the Divines tests for their Champions; for instance if they are being selected to lead an army, I would think magical and martial abilities would be tested.
Second I'd like to see how each individual Divine personalises their testing; Nihila for example, might eschew testing all together and just attach/force herself upon a chosen Maiden who takes her fancy, corrupting them to the point they are a broken and hollow earthly vessel for her power. While Ghan will observe many mortals, and select only the ones who show an apptitude in battle strategy etc. to move on to more trials... Further more, as Lord Ghan seems to appreciate the ability to make calculated decisions under pressure, his tests would not give any member an advantage, but would provide multiple methods to achieve their goal in the most efficient way based on their personal skills.

Basically I'd like to see how they are similar and how they are different. And also where there are exceptions to any implied rules; these Divines operate on a whim and there plans may reach far into the future, so even losing the current War could be a goal in order to unite the others against the victor next time... And there is always a next time...
ResIsBestStat

I will. Eventually, right now, The maiden war.

Well, at the moment I can't think of anything to add to the Maiden Wars section... But continuing on that theme I would suggest adding information on the 'spheres of influence' of each Divine. Define what each one's area of interest and expertise is, which will provide you with a base when you're expanding on how the the various Maidens throughout the Timeline/Maiden Wars sections have come to their attention, how they have been tested, and could also give an idea of what kind of abilities they gain when they become Champions of their patron.

For example, continuing on my theme for Lord Ghan;
In addition to the Lord of Fire, Ghan is the Divine God of War (kinda cliche I know but heh), and his domain encompasses fire, warfare, battle strategy and and the flame. As would a successful general in battle, the Burning Lord watches all, both friend and foe. His attention is rarely drawn down to the plights of individuals or nations, as he understands the meaning of the proverb 'not seeing the forest for the trees'. The selection of a Champion is not to be taken likely, and in the aftermath of a War he will immediately begin to note those who show an aptitude.
A person may come to the Lords attention in many ways; the general who leads his force to war; the thief who executes his heist only after months of careful preparation; the politician who ascends to his post through calculated sabotage and well placed assassinations. The only apparent prerequisite is the cold determination of ambition, and the strength of will to see it through.
These traits are evident in the methods he uses to test his candidates, wherein their areas of skill are identified and handicapped, forcing them to make choices they wouldn't normally worry about. A favorite when testing a warrior is to drown the field of battle in blood and summoning forth an ifrit--a etheral being of fire and air with no tethering to the earth. In this situation the warriors normal attire of heavy metal becomes a distinct disadvantage while trying to out manouver the fast moving creature in the clinging mud.
Common powers often associated with the favored of Ghan include pyrokinesis, enhanced speed and strength and the ability to draw power (magical, restorative and otherwise) from thermal sources, the sun for instance. Less common abilities have also been displayed on occasion, such as the ability to affect the molten rock beneath the earths crust, or to liquify and mould metals with their barehands.
Encore

Bro... you´ve helped me waaaay too much... You seem to be more cut out for something like this than me... Anyways, I think that the idea of a "sphere of influence section"

As that is more fit for the "The divines" section, I´ll add it there.

I already have many ideas for the spheres of influence, including more hard to define divines as Muiru, The Water Queen. A small taste:

Water has many forms, and as such do the Water Queen herself. Water can mold the land, the lack of water can take down even the mightiest man. Because of this Muriu also represent change.


I will also change the order in OP, because it is getting to large. I will separate them for now into Part one and Part Two.


Also, the Section "Divines and their spheres of influence" will be to focus of my writing now, returning too The Maiden Wars later.
Hart

s'allgood bro, glad to help. This has become one of my favorite topics on here.

Work with the Spheres of Influence section has started.

Finished with Nihila and Ghan.
Encore

Muriu is done. Will take a brake while drafting the ideas for Leeroy and Helas.

Olood is basically done but I want to do it in the right order.
Encore

Leeroy is done. So is Helas.

The Helas part is short, as to enforce the idea that he is mystic.
Encore

Part one is completed!

Also, I want suggestions for new sections in part 2, so if anyone has any please give.

I will take a break from this, probably half a week, and focus on Rise of the Nyan Empire.
Encore

I have no intent of letting this die. It is indeed on a long time hiatus until winter break, as I will focus on my studies and not any of my current writing projects. No one probably really cared, but I had fun writing it and will continue to have fun writing when I do pick it back up.
WhatDoesThePendantDo?

You shouldn't let it die, if you enjoy writing then this thread can only be a good thing.

Who knows, maybe something good can from all this?