Serious_Much wrote:Hey onion seeing as time magic was what I wanted to have my guy get proficient in.. Can you be a bard but use like a sword/gun/spear/anything other than a bow? Or would that just not work?

Unfortunately at the moment classes and jobs are restricted to a single weapon. Which is odd considering how 'open' the class/jobs are with the armoury system.

It will probably change in the future when they've finished adding all the classes and jobs they want to put in there.

Time magic for bards was in XIV but may have been changed for ARR. I can't really say since I've never actually played as a bard in either version.
Serious_Much

Well I'll try out some things and play with it, not like i wont have time in the summer

Serious_Much wrote:Well I'll try out some things and play with it, not like i wont have time in the summer

Not all the new classes/jobs have been announced yet.

-Arcanist/Summoner is new.
-Scholar is new.

There's another being announced at E3 which will probably be musketeer.

But then there's all the Final Fantasy XI classes/jobs that will probably be added later like Ninja/Samurai/Dark Knight.

So there's a lot of new combinations to look forward to in the future.
Serious_Much

You can never have enough classes! (I think ... )
Serious_Much

More classes and jobs the more game time and experimentation you can do!

As long as they don't change my precious warrior I'm happy.

I may role a new character for ARR. The male Miqo'te looks pretty cool.
crbngville2

Onion Knight wrote:You can never have enough classes! (I think ... )


I am with you on this Onion.
I am thinking Elezen Archer/Bard for my first toon. FF14 is looking so good, that I don't mind DkS getting pushed back to March 2014.
Anonymous Proxy

I want to do the thing that GameInformer once did. The travels of Lyonhart and his companions! Traveling in Vanadiel!

Very excited to play this game. I did the benchmark and got a 9k rating at Extremely High. lol.
Onion Knight

Anonymous Proxy wrote:I want to do the thing that GameInformer once did. The travels of Lyonhart and his companions! Traveling in Vanadiel!

Very excited to play this game. I did the benchmark and got a 9k rating at Extremely High. lol.

I got 7k I think? But I can also run it at higher settings than the original because it's actually optimised.

Also the PS3 version looks really good. Even after all these years they still impress me with the visual quality and performance they can get out of consoles, especially ones at the end of their life cycle.
Onion Knight

hmmm maybe ill add this to the OP
Onion Knight

Should be a new trailer in the next few days. Also gameplay footage from E3.
Onion Knight

Q and A about various stuff.
Onion Knight

Wraps up an awesome day being a Final Fantasy fan.
Sentiel

Screenshots from so far at E3.

To much hassle for me to resize so here's the link if you want it.
Exequim 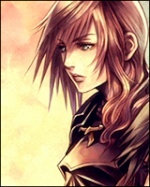 I'm quite superbly excited for all of the FF games that were released. Including A Realm Reborn. I have had my eye on this for awhile.
Onion Knight

It has been a great E3 so far. More XIV gameplay and new class reveal tomorrow.
Onion Knight

PS3 Ui (and gameplay) showcase with the developers.

Enjoy guys. (And keep an eye out for beta invites in your email inbox.)
Onion Knight

Gameplay from E3 so far.
Serious_Much

All videos put in the OP and a separate E3 section has been created.

Thank you for all the help onion

What's that in your avatar Onion? Blood Cross from Vagrant Story?
Sponsored content