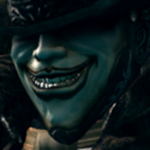 ...and it's been confirmed by Microsoft. Despite DS2 coming out next year, I'd like to be able to go online in DS every now and then, even beyond 2014. Seems like I'll have to use PS3 for that.

I was wondering why they didn't go steamworks in the first place, online might actually work when its in. Patch it in ASAP.
_________________
PSN: AnCapaillMor

XBOX: I'll give you 2 guesses
StiffNipples

They didn't go straight to Steamworks because they didn't have the expertise in PC development at the time.

The game was ported to PC at the request of the fans, FROM was very vocal about their lack of PC experience and made it abundantly clear that it would be a direct console port from the xbox version (which means xbox netcode API, which is GFWL).


They might see it as good business to port it over to steamworks now that Namco has given them a bigger budget for DaS2 and with it a bigger development team. DaS2 is being marketed as a AAA title, and with that should come a larger audience, which often prompts people to go and play a developers back catalog if they like the game enough. If DaS1 no longer works than that's money not in their pocket.

As it was when they originally ported it GFWL worked and was an easy port, it would be wasteful management to devote funds, resources, and man power that they didn't have to port it to steamworks when they already had GFWL as their netcode.


Also I wouldn't get too invested in this yet. So far the only solid announcement that's been made is that GFWL Marketplace is shutting down.
The statement that was let slip on the AoE site has been removed, and there have also been a few fake things thrown around regarding this statement.
While it's not impossible that GFWL might be closing up (it's not like MS ever really supported it, they were woefully understaffed and unmoderated) until I hear an official statement I'm going to take this as a miscommunication of the Marketplace announcement (AoE wouldn't be the first to misread that, half the bloody internet didn't bother to read past the word Live to the one right next to it - Marketplace).
_________________
GFWL: STLFFNLPPLES
dalsio

I would love if From or GOG brought Demon Souls to PC. Not that old of a game, but then that hasn't stopped GOG before. Anyway, I'm real excited to see if From can pull out a real solid PC version this time. I'm not familiar with too many Japanese PC developers, but they should definitely take cues from CD Projekt Red (as they are, in my opinion, one of the best at making PC-centric designs).
_________________
Pie fixes everything.
Onion Knight 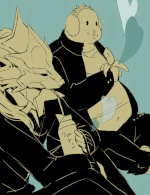 Onion Knight wrote:The Demon's Souls IP is owned by Sony. So a pc port is just never going to happen.

Yeah that is a really big shame. People who do not own PS3 will miss an epic experience.
Qyntius 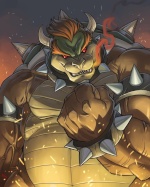 I wish I could find the money for a ps3 for Demon Souls, Dogma and Dark souls 2 beta, damn college tuition, and damn fromsoft just a little for not allowing a pc beta. Just a little, teetsy bit.
_________________
GFWL: Qyntius
Steam: Qyntius
Steamgroup: http://steamcommunity.com/groups/DSMasterRace
NathanC

I've been gaming on my PC forever now, but I'm actually quite new to GFWL. So maybe someone else will know more about this.

But even after the servers go down, will IP games be at all possible? I see a lot of "Mods" on the Nexus that alter who can join/invade ect. Based on your friends list. Which makes me think IP games are within the realm of possibilities?

Just to clarify something: this whole thread is based on a redacted statement, which may or may not be true.

There is little official evidence to suggest that GFWL will shut down.

However, should it close, online in this game will cease to exist, unless they leave their servers up.

If they release their source code modders might find a work around, however this is very, very unlikely (they're pretty tight with their code).

Most likely if GFWL does close then the devs will move the netcode to another host, PROVIDED IT'S COST EFFECTIVE (which it probably won't be).

Without knowing how MS plans to remove/close GFWL it's hard to speculate on what will happnen/be possible.
_________________
GFWL: STLFFNLPPLES
Sponsored content