If that scared you, Reaper, then I'd advise to never take Salvia. [Helpful Tips]

@Stray - Of course you should, how will they ever get better if you quit writing?
Soris Ice Goldwing

Pendant.....What the hell is your avatar of? Am I looking at fried chicken or some type of beef? It is food? A person?.......What if it is the meaning of life or God?
WaffleGuy

Soris Ice Goldwing wrote:Pendant.....What the hell is your avatar of? Am I looking at fried chicken or some type of beef? It is food? A person?.......What if it is the meaning of life or God?

And to have as many followers on Twitter, it seems.
Soris Ice Goldwing

Squee! It's cold and cloudy!!! Happy so happy I love it no...yeah I love it this is bliss in many ways. I missed the cold and shivering from it. Nya~ I feel like a child...I want to sleep now just cuddle in my blanket and just....zzz...Huh? I think I dosed off. Am I too happy?
WhatDoesThePendantDo?

I don't think so. Your post made me happy, so just be happy your happiness is infectious.

Heh, even the world around me is strange ^^ Actually it's quite beautiful.
WaffleGuy

I don't think so. Your post made me happy, so just be happy your happiness is infectious.

Unless I can eat all the happiness, I'm not interested in it!
PlasticandRage

Anybody else picking up Arkham Origins today? I didn't even know it was out today. Think I'm going to swing over to grab a copy on my way home from school.
WhatDoesThePendantDo?

Yeah, it's out but I'd label my interest as middling at best.

I really thoroughly enjoyed the last two. More than a lot of the games I've bought in the last couple years. I've read some critic reviews this morning, and it's getting middle of the road reviews, but the major beef all those critics are bringing up is that there's not much innovation. They're just saying it's more of the same on a much larger scale. Honestly that sounds great to me. Why fix it if it's not broken?
WhatDoesThePendantDo?

Yeah, if you like meatloaf and it's serving up more of the same then why not get a second helping?
PlasticandRage

Exactly. The plot of this one is supposed to be the star of the show too. So basically it's the same gameplay elements that were great about the others, in the entirety of a huge Gotham City, with a great plot. Sign me up.

The only thing that might prevent me is that I've been watching my roommate play Grand Theft and it looks incredible. I have a feeling that if I go to the game store with the intention of buying a new game, I might come home with that instead.
Soul of Stray Demon

Just gonna say it. Everything and I mean EVERYTHING that you know is wrong, except this very statement.
KrazykevS10

I've finally finished Final Fantasy 8,over a decade after I first played it. Still surprised it took me more than 40 hours to do. Excellent game overall,glad I took the time to play it.
Soris Ice Goldwing

Contradiction Soul. That statement itself can be wrong if something is true.
Soul of Stray Demon

It wouldn't be contradiction then, my statement would just become a lie. I phrased it differently to avoid such a logical fallacy.
Soris Ice Goldwing

Yeah I had nothing my head is a bit eh still. The day I can counter it I will have transcend to a new fold of speech.
Soul of Stray Demon

Or you can't counter it.. 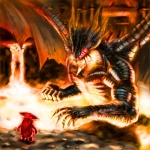 All this talk of contradictions has made me think of a fascinating paradox. I just wondered what everyone else thinks about it:

With me so far? If so, I invite you to think about this sentence "the smallest number that cannot be defined by a sentence in the english language containing fewer than twenty words". We don't know what this number is of course. But here's the paradoxical part: whatever this number happens to be, we've just described it using a sentence in the english language containing only nineteen words. So we have some sort of contradicition. What do you all think about it?
Soul of Stray Demon

It's not a contradiction, it just means that no number can ever fall ever into it's definition. 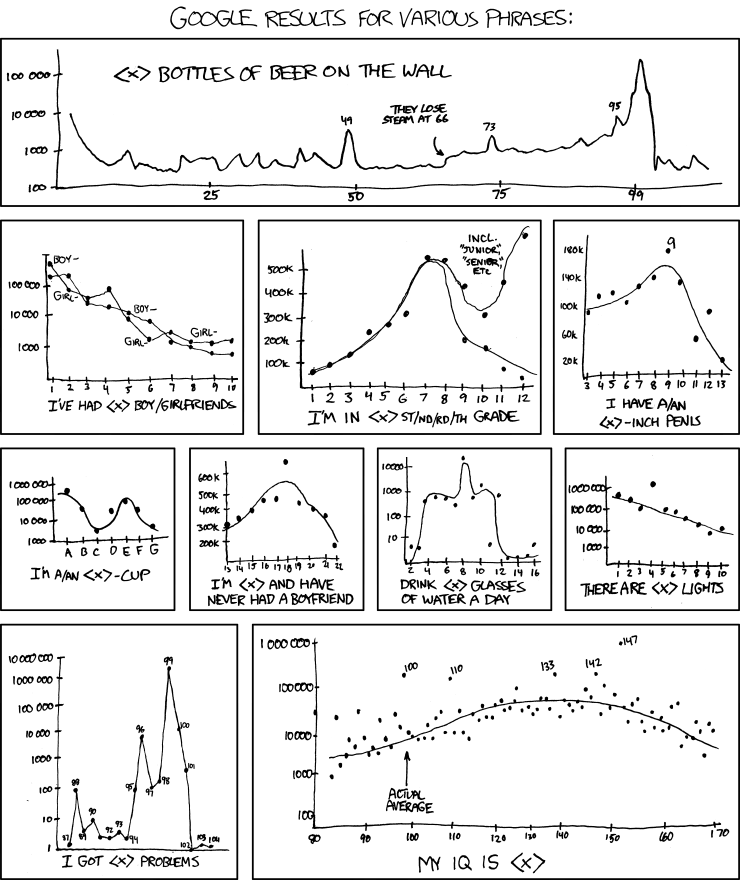 The average internet user apparently has an IQ of 147 and a 9 inch penis... Just amazing.
skarekrow13

So I'm not sure how to feel about the paradox but it's an interesting idea.

I can do it much better anyway. How about less then twelve words? The smallest positive integer not definable in fewer than twelve words.

It however has an arguable resolution depending on how one interprets the word "definable."
Shakie666

Soul of Stray Demon wrote:It's not a contradiction, it just means that no number can ever fall ever into it's definition.

The average internet user apparently has an IQ of 147 and a 9 inch penis... Just amazing.

That's exactly why its a contradiction. You see, there are only a finite number of 20-word sentences in english that describes numbers. Between them, the sentences define a finite set of numbers, and it is a standard theorem in mathematics that in such circumstances there is a unique smallest number that is not in the set. So on the face of it, the sentence in question does define a number.

Except of course, it can't.

By the way, you've only given the modal value of IQ and penis size. Working out the mean might be a bit hard though

EDIT: I just realise that, in order to be rigorous, I should've have said 'positive integer' rather than just 'number'. You understand the point i'm making at least.

Average can be many things, not just mean. In fact, in many situations the Mode or Median is a better indicator of the "true" average rather then mean. The mean is severely affected by out-liers.

Does the set of all set that do not contain themselves, contain itself?
Shakie666

Soul of Stray Demon wrote:Average can be many things, not just mean. In fact, in many situations the Mode or Median is a better indicator of the "true" average rather then mean. The mean is severely affected by out-liers.

Does the set of all set that do not contain themselves, contain itself?

This paradox ruined the life's work of Gottlob Frege, who though he had managed to base all of maths on the logical properties of sets. This paradox shows he was sadly mistaken.

However, I should stress that this doesn't mean set theory as a whole is wrong, it just means that one of Frege's assumptions (that for any given property, there is always a well-defined set of elements that have that property) is wrong.
Sponsored content