Undiscovery wrote:Especially in terms of build weakness, if you happen to keep getting matched against your weakness, there's not much you can do to compensate is all my original statements were. And since I'm basing them on common sense and statistical awareness, I don't see how they can be disputed as opinions. In either case, it doesn't matter and I'm not really interested in debate on a misunderstanding. If you think I'm a jerk, I apologize but all well, no lost sleep.

Being matched against your weakness is the perfect opportunity to improve. That is a good thing, not a bad thing.

Second, about your "common sense" and "statistical awareness". Often, common sense is in the eye of the beholder. It is opinion no matter how you slice it. And, your statistical analysis falls prey to user bias, which lessens the validity. As you can see here, there are many different view points and not all people agree with you.

I will grant you that Leet came on pretty strong in his reply about you sounding negative, so I can understand you being upset. But, that reply did nothing to help. It was purposely confrontational.

We are a diverse group here, with many different opinions. I'd ask everyone to respect that. If there is a problem, disagreement, then the reasonable thing to do is try to solve it. If you feel offended, please don't reply in kind. That does nothing to help the problem.

OK, off my soapbox. Let's get back on topic now.
Forum Pirate

If its common sense undiscovery, you should have no trouble explainig it. I don't see where you do, because I regularly kill db spam with a mid rolling dgm user, and a sl82 pyro that will be killed outright by like 3 or the individual beads hitting. 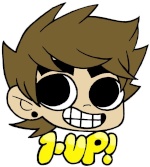 It is common sense and I have no trouble explaining it, but someone seems to have trouble understanding it. I was never discussing anyone's particular prowess, if you' can pwn a Dark Bead or BS-fisher, cool. And again you all pick apart things that have nothing to do with anything I was saying. It wasn't a complaint about my fun to be had or any other silly things that keep coming up, people can play however they like, I wasn't even closely stating how anyone should play. It was an an example statistic, geeze, not everyone is going to fall into it.

I wasn't even ever offended or 'riled-up,' I was just talking. But it's kind of hard not to get frustrated at this point when I'm being accused of points I never made. AND I wasn't saying it was bad or good to be matched up against your weakness, in fact, I didn't give any 'opinion' on any mechanic, I simply told that if you're getting matched against your weakness, it is what it is, you gotta make do, even if you keep dying. A benign post that would've otherwise gone unnoticed if the negative vibes hadn't hurt someone's wittle feelings?? And I'm not even sure how. But again, it's whatever, I really don't care at this point, and it's getting off topic.
Forum Pirate

Fortunately in dks, type order deaths are not really a thing. There are specific weapon/weapon classes that are stronger against other weapons, but a quick menu swap is all it takes to negate that advantage.

Spells like db are difficult to handle in straight spam form if one is mid rolling. Magic barrier, great magic barrier, vow of silence, strong magic shield, the stone great shield and havels shield are all hard counters that can and will stop it outright in all but the worst lag (where it doesn't matter anyways, you're being stunlocked by a kat from 40 feet away)

all it takes to kill a bs fisher under all but the worst lag, is 3 steps backwards and an r1, or to unlock and spin mid attack. It is now damn near impossible to bs you, even if you're using really slow weapons.

giant dads can be stunlocked, out dps'd and kited with relative ease, even if the player is good, that build type is almost entirely dependant on stunlocks, so spears/bows/crossbows/magic that out range them will fell them and if you have the poise to take a hit you can spam at them with a kat or the gt and continuiously interrupt their attacks or stunlock them instead with a 1 handed greatsword or mura.

from a meta standpoint that i know as a fact applies in game, if you are getting build order losses, you're build is gimped and/or you aren't switching weapons like you should.


Lastly, you claimed that db spam and giant dads are an "annoying pain," ant the implication much of the time people here say similar thing is that people shouldn't be playing them and/or that they're OP.. perhaps not true in your case, but that is the interpretation leet got, and what i got as well.
redwingsoverbaron

2. yeah, i have a giantdad build for **** and giggles, and yeah, believe me, i consider myself a very competent player, but they are beatable. and going against them.. just parry man. you can see any one of those attack from a mile away.
Sponsored content

» Moveswapping... Or something worse...?
» PC Township: Worse than the Forest?
» Can the community get any worse?
» Well, I guess I'm the worse PvPer ever
» Does having a fast internet connection make lag worse?