Would limiting a host + phantom with the Calamity Ring make 2v1 fair?

I was linked to Sunlight Blade's latest video last weekend concerning an epic kills countdown. At the #9 spot, there was the typical setup of a host and his buddy, suggesting typical ganking shenanigans, except for some reason they were both wearing the Calamity Ring. I was wondering what the community would think of setting up something like this for some casual matches and the like. I was considering further restrictions on the "ganking" party, but I would like to hear other people's opinion on the idea.

Link to video in question:
https://youtu.be/cO6LvSjAjdA?t=56s
Soul of Stray Demon

It's two vs one, so you have all those issues with dealing with two things at once and such.

It's much more difficult dealing with two people at the same time. And they still have the same amount of health as you in total, but double the points in everything else.
(Assuming stat-wise is the same)
Aigaios

I don't know about setup 2v1s, but in normal invasions that aim for a ganker world such as forest hunting it would be kind of pointless in my opinion. Since if you invade for the fun of killing gankers as in many cases it is a lot more rewarding, this would kind of take away from that feeling of satisfaction that would you normally get.
The_Red_Drifter

I was just suggesting this for casual fun, not for anything like lolforest.

@Stray Well there is also the issue of losing a ring slot, which can drastically effect how well builds perform. And I was considering other restrictions too, but I wasn't sure how big of a difference the Calamity Ring would make.
Sneezer 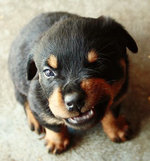 Easier? Yes. Fair? No. There are still two weapons swining at you, and another guy to worry about.
Hart

Seems legit; the Calamity effect and the loss of a ring slot definitely balance the fact there are two health bars fighting one IMO.
But as the other posters have said there are still two weapons coming at you at the same time, which means that overall the fight is still going to be unbalanced from a 'fairness' POV.
OP mentioned he was considering adding other restrictions/handicaps, so I'm sure he'd appreciate input from people thinking that this match-up is still unfair.

As I have said, I think the double damage and -1 ring slot more than makes up for the discrepancies in the HP bars.
The other areas I think you would have to adjust would be armor/weapon restrictions (the combined poise ratings, offensively and defensively would be a big advantage in a 2v1 match). For instance you could limit armor on the team of 2 to light/medium sets, and disallow Iron Flesh Pyromancy. With weapons I would personally limit it to the lower 2 tiers of poise damage, the weapon classes being Curved Swords,Katanas, Straight Swords, Whips, Spears, Polearms, Rapiers, Daggers and Fist Weapons. Also disallowing spell buffs (and possibly resins) and Power Within.
These limitations would need to be tested for balancing, but I think that would be a good general place to start.

Anyway, theres my $0.02 OP. Good idea too man, thanks for bringing it up.
Sponsored content