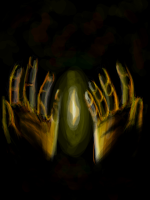 Greetings! I, as of 2 hours ago have highspeed internet for the first time in my life and I am wondering how PvP in darksouls works.
DigitaLinsanitY

Most of pvp is done through the different covenants. I reccomend looking through them here.

You can also host... essentially staying around a pvp hot spot waiting for invasions and summoning red phantoms and dragon bros.
Aigaios

PvP works via invasions. You must get the corresponding item to invade (the information can be found in the above links). There are 2 types of PvP, but as more prominent in some areas than others:

1) Normal invasions. This is a fight with no rules. You're attacking a normal player that is trying to complete the level and you have spawned to murder them.

2) Organized PvP. This is a fight with an arbitrary set of rules (they depend on the person, but there are some absolute rules [like no Tranquil Walk of Peace]). Organized PvP is to invade a certain area at a certain level. When you invade at the appropriate level and area, you will find the host actually waiting for you and ready to fight. There are some courtesies, but it you're not obligated to do them.

However, since organized PvP is not different from Normal Invasions (it is just a few selected areas for random, organized fights), you might end up fighting some...unpleasant people. *ahem*, there are the following areas:

Anywhere else you are almost guaranteed to perform a normal invasion, unless there is a Fight Club. Fight Clubs are events hosted by the community (here). You can keep up to date which events are around the corner in the PVP section (this section) of the forum. Note, that Fight Clubs are organized for SL 55, as opposed to 100- 125.

Another note is that when you're invading (meaning you're not waiting for an invader), you generally invade people of an infinitely higher SL than you. Which means, if you don't feel like hosting (being human and wanting for the invader) or going to SL 100, you can simply use an invasion item in a popular area and you will most likely end up fighting them anyways. This rule only applies for the Red Eye Orb items.
Rifter7

oh wow.. thats a tough one to answer when you think about it hahah.

we could spend all day explaining that, but to be honest your best bet is to follow the rabbit thru the wiki on all the covenants and links with relevant information.

should be easier to get specific questions answered from the community that way, too.
Sponsored content