I'm noticing that the "damage type" labels on certain halberds appear to be rather misleading. I conducted some tests to see whether these weapons get counter bonus from the Leo Ring. The enemies I used were the Mace-wielding Cleric and the Mushroom Parents in the forest as I found these to be some of the easier enemies on which to get counters.

The Lucerne baffles me. I tested it for a very long time, and no matter how I time it, this weapon appears to only get a boost from R1 attacks, just like the Halberd. I hear all the time that the weapon is unique primarily because it exclusively deals thrust damage, yet those R2 and running attacks never seem to get a boost, even when they are precisely right for a counter. Are people fooling themselves? It seems like a general consensus that this is what distinguishes the Lucerne from other halberds, and based on my tests that is incorrect.

The Gargoyle's Halberd is marked as "Normal" damage, yet the first attack in the R1 combo works very nicely with the Leo Ring! It's actually one of my favorite weapons to use for counters since that overhead chop has great range, and it doesn't propel you forward the way the Halberd does, so you're less likely to stumble into an attack.

Likewise, the Black Knight Halberd is labeled "Slash" damage, just like the Scythe. But it gets the same R1 counter bonus as the Gargoyle's Halberd!

The Scythe and the titanite Catch Pole are the only halberds with that move-set that do not get counter bonus.


I guess I'm making a big deal out of nothing, but this seems to affect the way people think about these weapons. Most discussions I see end up being partly based on these inconsistencies. For example, whenever people discuss the Lucerne, a large part of the discussion is how well it works with the Leo Ring. Yet I hardly hear people mention the Leo Ring when discussing the Black Knight Halberd. I mean why should they if they assume it only deals Slash damage?

Speaking of which, can anyone else confirm that the Lucerne doesn't get counter bonus for anything but those normal R1 attacks? That's what I seem to get.

This is very interesting.
I use all the halberds and I noticed the same thing with the Lucerne, but thought my attacks were off maybe (due to possible lag).

Actually, I've learned you can't trust what it says all the time. From what I can tell, you don't get extra counter damage using the Barbed Straight Sword, despite it saying it's all Thrust Damage...

Soul of Stray Demon wrote:Actually, I've learned you can't trust what it says all the time. From what I can tell, you don't get extra counter damage using the Barbed Straight Sword, despite it saying it's all Thrust Damage...

It's very odd sometimes. But like most games there are things that just don't make sense.

Soul of Stray Demon wrote:Actually, I've learned you can't trust what it says all the time. From what I can tell, you don't get extra counter damage using the Barbed Straight Sword, despite it saying it's all Thrust Damage...

It's very odd sometimes. But like most games there are things that just don't make sense.

Barbed SS says thrust damage?
I had a little Kirk build and I never even noticed.
I world just...
Wha D:

The only answer I can come up with is the leos description says "Thrust ATTACKs" not weapons. Or else it would apply to Arrows too (I really want to see this tested...Leo Ring + Wolf Ring, a parry then bow shot..)
_________________
I do not live in hopes of a better tomorrow, or in blissful dreams, but I live for those who live no longer. 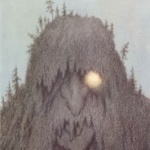 Leo ring most certainly at least applies to bolts.

The BEST target for testing leo counter damage is smough. Let him do his jumping sit attack, then hit him. Big counter window.

But anyway, I found a while ago that weapon damage types are rarely what they claim to be, that's why I don't use the leo ring much.
Sponsored content