Lost Izalith everyone! Finally we have found it, with little internet interruption. Sadly, they are in the worst spot ever, which is the onion knight's dual against 4 to 5 chaos eaters. Except now there are three other chaos eaters, and they are ready and creepy. Besting creature that rivals skeletons in terms of phantom form yet in appearance.

We are the crystals, we are the mage

Got pictures of Seath's domain. It was hard for us to find, and we lost hope at times, only thinking that it was just the crystals. NOPE! We found Medusas and techno priests! YAY!

ALRIGHT! Next playthrough will be of blight town as well as the... what was it... ow yes! The catacombs! My home... my home, sweet home. She is going to love it, as will I

Acidic Cook and Fearandwhiskey are frikking awesome!!!!! this is beyond excellent! I am sorry I will work with all this material when I finally get back home by wednesday..... but thanks and million!!
DxV04

Next playthrough will be in Blighttown and catacombs... Then we work on other things of research.
User

Let us speculate over what enemies we shall see in blight town...

I was once summoned in a BPed World in the swamp area, however never in the depths portion of Blight Town. So what do you guys think? Do you think we shall see some blowdart men, barbarians, dogs, ghouls, or even the mini-boss and possibly the chaos spider grubs being black phantoms? It would be interesting to see some black phantom Barbarians as well as possibly some blowdarts. However what else will there be, is unknown to me.

Binoculars and Ring of Fog for the Win.
befowler

Did you test to see if their buffs are stronger than regular channelers? That would be insane.
User

Did not test the buffs... however, let me say this. The channeler normal arrow attack took out almsot my entire health, in which I had 1100. The trident? dead. No second chance. They usually buff themselves, so it can be said that it is better than what the normal channeler does to their buff to themselves.

However, the red channelers are found in places where they could not buff others. If they did, I am sure that it would be deadly.

HINT for those who see these phantoms: When you see it coming, do not block. Roll. it will be of better savings than your shield getting hit by a great arrow when they are stronger...
User

I took a couple of pictures. Whiskey was out cold, when her internet went missing from her sight. I went to areas I use to be infected, and I took reshoots and better shots of Sen's. La 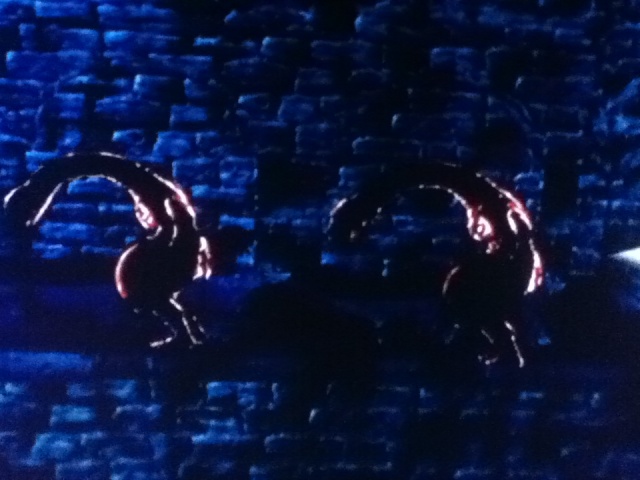 Well, after three days of her being gone, I we went to NG and started to go threw to first catacombs. Sadly their was too much traficc today, so we went to Blighttown. Problem was, we had to go threw the undea d burgs first. There, I gravelorded Whiskey as a little gratitude for her hard work. Turns out, however, that I had started to Gravelord MYSELF as well! I do not know why, but I was gravelorded in Undead Burg, which promptly disappeared after helping whiskey and returning for about less than a minute. I was infected in Undead Parish later on, which later disappeared after a while. Then, after I infected whiskey again, I got infected as well in my world in Lower Undead Burg!

I also took a reshoot of Lower Undead Burg, with some of the depths as well. Hope ya like them!

Then, after we went to the depths, we finally went to our next destination: Blighttown! We started at the depth location, and went forward to find them. Strangely, we have found very little in terms of BPs, which is strange. Still, we got a good amount of pictures for ya to see. We did not do all of it, but we will get the rest tomorrow.

We will continue this soon. It may take hours, it may take days, it may even take a week! But nonetheless, it will be done!

Whiskey's pictures. She is taking a nice rest right now, and don;t want to bother her. These are pictures she emailed me, so i will post them up above. Me in action against a hollow thief.
fearandwhiskey

Thanks for posting them! The camera on my new phone seems good.

Befowler, the Channeler on the ledge falls off when he does the Trident dance. That's actually how we found out that they were there, since they're pretty well hidden. Cook noticed that he kept getting random souls from something, which lead to more exploring.

Also, I like the picture of me killing the torch undead. Most photos with me are me standing behind Cook with my shield up.

Eh all! Its Cook here, ready to be acidic with content (that was terrible). We finally got it working, after our potentially week break from each other, me and whiskey went on a romatic date that only true gravelords would cherish (necrophilia not included).

This time, we got some two new locations: The Catacombs and Blighttown. Catacombs and Blighttown had some disappointments, seeing as their was little BPs in the city sections of Blighttown, and no Necromancer Black Phantoms in the catacombs, it was still nonetheless a fun experience. We met no darkwraiths to ruin our fun, and we had a lonesome date... of course, i did summon a giant to try to kill him VIA black skeletons, but it did not work. I died for the first time in a while by trying to role to the shortcut, in which a skeleton screwed up my roll, and I died (how embarrassing).
------------------


We are finished with our quest of gravelording, even thou we will Gravelord each other from time to time, for all the fun it brings us. Plus, I think whiskey is kinda aroused by it

Go get your cake! Velvet is a nice colour this time of year!

BTW, this is totally related to Black Phantoms in general, in my defense. In many ways, actually. 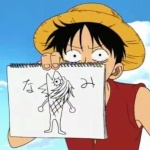 This video is not made by me, but.. I was just looking at some Dark Souls videos and I found this one with an invader who invades someones world with is gravelorded in Anor Londo. And when stuff happens.. xD

Anyways, I'm teribly sorry if this has already been found or something. Please show mercy all mighty gravelords for the everlasting noob.

Darkwraiths get it easy, unlike most. just watching from the sidelines, making both the infected and gravelords a somewhat unwanted time for many. Of course, it is not all
retro

Hey guys, I was trying to compile a more complete list of Gravelord BPs, especially since the wikis are far behind everything that's currently known.

I was tipped off to this thread, and I'm very grateful for all the work that's been done. Here's the list I'm working on.
(it's a work in progress, I'm still editing in stuff from this thread).

I wanted to share some of the pics I took. Nothing unknown, but some different angles of non-aggro'd enemies: 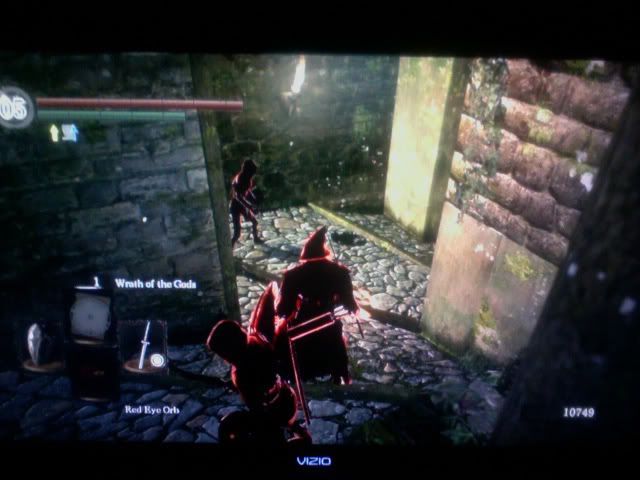 -Located between the two Undead Assassin trap areas. I ran back towards the torch-wielding mobs and beginning-level steps and didn't see any extra enemies in the "first half" of the level. The host died before I had a chance to head around the corner towards the Capra Demon fog gate. Anyone know if there are more BPs there or closer to the Female Undead Merchant? 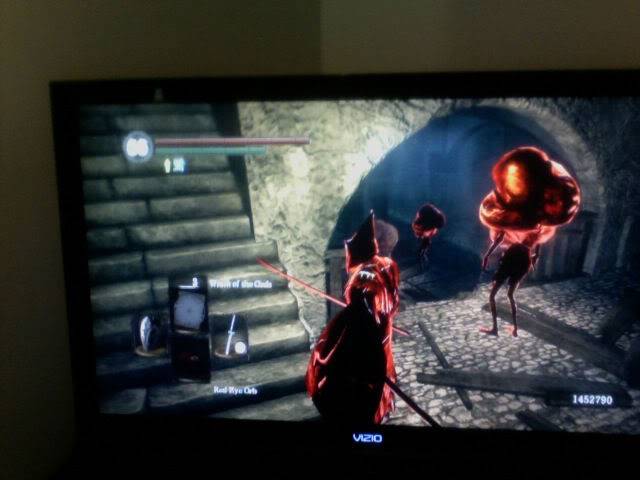 -These should be the only two inside that room. I didn't see any on the higher floor, but I didn't get to check the lower floors with the rats. 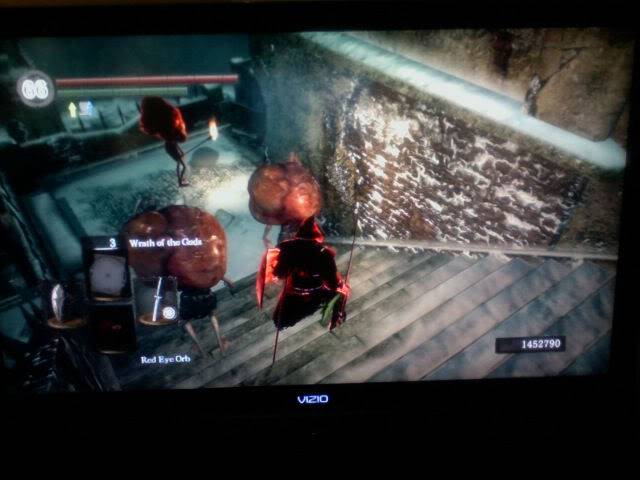 -By the first bloated undead you encounter in the level. Should be the only one in that area, didn't see any extra enemies on the roof where the Crow Demons attack you. Didn't get to check inside the building near the rats. 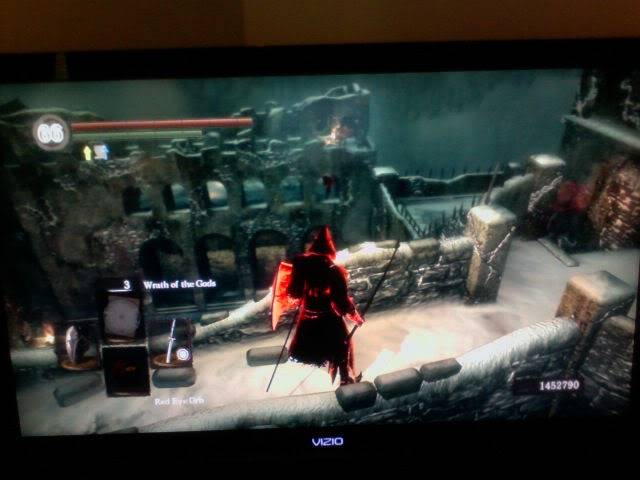 -On the annex rooftop. From the looks of other pictures, there are two up there? I could only see one from this angle.

I took a quick look up the tower, didn't see any extra enemies on the steps up to the red sign soaptsone (though I ddidn't get to see the very top). I didn't get to check out the rest of the level, I was hoping to see the exact number and location of bonewheel skeletons.

Nice. Feel free to use any of the BP photos from my photobucket, and if I can help with any questions about numbers and types of phantoms, ask here or by pm. It was so much fun doing a gravelord run!
User

The lower undead burg only has those two thieves for BPs. Me and whiskey checked.

And I am glad you were happy about the Plague Run, whiskey

great work & nice pictures , must've been a lot of fun doing this
retro

Hey guys! So I finally began updating the wiki:
http://darksouls.wikidot.com/gravelord-black-phantoms

If you can look this over and point out any possible mistakes, it would be hugely appreciated. I've basically compiled everything from known video evidence so far, and now I'm starting to go through and dig through the pictures in this thread.

Painted World:
-Is there one or two BP Bloated Undeads on the annex rooftop (by the Dark Ember)? Between this and this, I would guess that there's two, but I just wanted to double check that it's not one that moved around.
-Are there 3 BP Bonewheel Skeletons in the main underground area, and a 4th by the bottom of the well ladder? Or are there more?
-I saw one picture of a BP Bloated Undead near the Xanthoius area. Are there more? Are there BP Hollows (torch or sword) down there too, or just Bloated?

New Londo Ruins:
-The wiki currently accounts for 3 BP Darkwraiths based only on video evidence and nothing from this thread. This one is NOT one of those 3, correct? If so, where is this 4th one located exactly? (I really ought to recognize the spot...)
Are there 3, 4, or more in New Londo Ruins?

The wiki also has a closing section with these comments:

-It is believed that the Undead Burg, Lower Undead Burg, Undead Parish, Darkroot Garden, Anor Londo and Kiln of the First Flame have been comprehensively searched. Their lists are likely to be complete.

-The rest of the areas require more searching and evidence: The Depths, Blighttown, The Duke's Archives, Crystal Cave, The Catacombs, Tomb of the Giants, Sen's Fortress, Demon Ruins, Lost Izalith, and The Painted World of Ariamis...

Is that true, or have you guys felt like you've completely checked some of those places?

Thanks for any help you might have to offer!

check from page 2 onwards for the pics taken by me and companion Fearandwhiskey.
Sponsored content