Help with Ornstein and Smough

Help with Ornstein and Smough

Hi,
I have been trying to beat Ornstein and Smough for the last 2 hours i really don't know what i am doing wrong. But i was just wondering if anyone has any tips that they could give me on beating them.
Serious_Much

and my friend said when he did it you can get smough stuck behind one of the pillars while you kill ornstein, but iv never tried that so.. yeah

I think you just have to very, VERY patient, get the odd attack in but focus on dodging back while there's 2 of 'em, once there's only one its a lot easier.
justwant2play 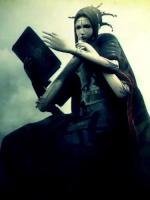 It's very hard to beat Ornstein and Fatty by yourself. Get some help. Usually having just one helper phantom is enough at NG.
Dragpn_Slayer_Ornstein

They can be both annoying at first if you don't know how to beat them.Smough is weak to lightning and Ornstein to fire.If you are going for Smough soul,let Ornstein rush toward you,kill him,then kill Smough.If your going for Ornstein soul,use Smough as a wall to protect you from Ornstein and kill fatty.Then stay between Ornstein legs,avoid his 1hit and his jump attack and that's it.You can also summon Solaire to help you,he's on the staircase with the archer and equip lightning resistant gear if you have any.
xXDaemonarchXx 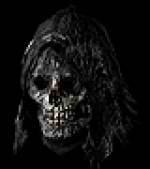 I've got big ornstein pinned behind a broken pillar before, he just shoots lightning into it while you whittle his life down with a bow or crossbow.

Summon Solaire, it makes it miles easier. When the fight starts run to the opposite side, to avoid being hit by Ornsteins usual quick opening. Kill Smough first. He is quite easy compared to Ornstein. I just rolled back avoiding attacks and hitting him when I could. Solaire should keep Ornstein busy. Usually I found Solaire got killed soon after Smough had been finished off. Now you need to get to the opposite side of the room as Ornstein, so run behind one of the already broken pillars (there should be plenty to choose from at this point). If you get the distance right he usually spams his lightning attack, which does not go through the pillar. If you are strong with ranged attacks this is now easy, just go the minimum distance back that enables you to shoot over the broken pillar. During his attack animation there is a point where he is at his tallest, this is when it is easiest to hit him without having to have moved far. I used arrows, but magic is supposed to work as well. If you are weak with ranged attacks it just takes longer. Every now and then, if you get your position wrong or mistime an attack he will change his attack patten, just run, heal, run to the opposite side as he is and continue with the same strategy. You now have access to his cool looking armour/spear. If you kill them the other order you get Smough's big moobs armour/hammer instead, plus a ring you can pick up during the fight.
Yarxov

You can block Ornsteins attacks rather easily (smough's aswell, but it takes a lot of Stam &Stab)
Smough is also very easy to dodge, dodge to the side and hack away when he's on his "Recoil" state. (also you can stagger him with about 700 consecutive damage ) For his 'Steamroller' attack, usually a couple steps back and a roll will avoid it since he uppercuts your last location instead of waiting till he has contact.

Smough: Dodge constantly, use as wall against Ornstein. 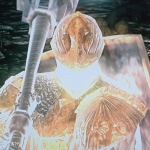 my strategy (fighting them alone, and ornstein last) i circle around the
room and just wait for smough to attack, then lash 1-2 GL spear. i
count the pillars (there are 6, 3 in each side) so that i wouldn't get
pinned down by them, specially smough. i pay more attention to smough
than ornstein, smough takes alot of your stamina (and this could be the
start of the end). giant ornstein is MUCH easier than giant smough IMO.
giant smough's hammer rush is just insane. giant ornstein is just
intimidating IMO, go underneath him between his legs and you can just
dance there! just be wary of his butt slam, you'll see him jump, just
move back and guard, that's it! all of his attacks are blockable except
for the butt slam, lightning grab and the lightning projectiles, but
once you're underneath him, you're all good.

hope you beat them to a pulp! 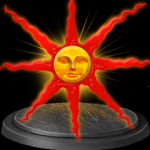 LukeyBaby93 wrote:Hi,
I have been trying to beat Ornstein and Smough for the last 2 hours i really don't know what i am doing wrong. But i was just wondering if anyone has any tips that they could give me on beating them.

do you want to kill them in a particular order and what is your level and equipment?
Fusion

Like Lew said, summon Solaire, this is the single greatest advantage you can have, online or offline. Burn down Ornstein because his attacks are much harder to dodge once he's in super-form. Smough in super-form is all about dodging around behind him and getting in as many strong attacks as possible before backing off. He's a lot less dexterous compared to Ornstein making him the easier of the two to deal with, in my opinion.

They're both weak to fire to some extent so you should consider using Pyromancy if your class already has some decent spells such as Fire Orb or Great Chaos Fireball. If you're a Dex class you should consider creating Quelaag's Fury Sword, the first time I defeated O&S was with that sword and Solaire tanking the damage for me.