You are not connected. Please login or register
+2
Shkar
JoeBroski09
6 posters
Go to page : 1, 2

Dark Souls Lore Video #1 is up!

Dark Souls Lore Video #1 is up!

It's up on youtube! my channel, JoeBroski09, has its first Dark Souls Lore video XDDD
https://youtu.be/4ACjH9odkcs
Thank you so much for everyone who helped out!
Special thanks to Kaminari who donated the footage
Thanks to Rynn, WyrmHero, and Shkar for correcting me!
Thanks to everyone else mentioned in the video, and everyone else on the forums!
_________________ 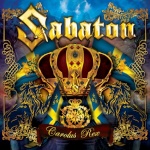 Definitely throwing a like and subscribe your way. More lore videos is good no matter what just to hear everyone's side of things!
User

I am watching it now from my work, but I snickered at the pendant joke at the beginning. We shall see how good your work is, eh

I swear my stuttering and fast-talking will get better. I got better when I used to make videos on a regular basis, but I took a huge break, and now my speech sucks again haha!
_________________

, well you say what people know and what they already ask.

Undead Dragons have the qualities similar to that of Nito: Toxicity and A Skeletal-Like Corpse. The Undead Dragons are of simialr form as of those of Skeletons instead of Hollows.

The reason the Tooth and Fist of Dragons does not have much in ways of a special power, is because they do not come from the tail... the tail being the spine extending from the back, connecting to the brain. If you look at sorceries, which use the power of the soul, they derive their power from intelligence. That means that the soul, the essence, of the being is extended to the tail. The only exception is Priscilla, but of course she is not a full dragon.

I don't agree with much of the lore sentiment, but of course "that's just me". I hope to see more of your videos.

As for Nito and the undead dragons, if you look at the skeleton bodies (not the living ones) in the tomb of giants, they are of similar quality as the skull in Ash lake in their head. As well, the one is the Painted World as contains creatures of undead, the Bonewheels, and Lsot izalith is just near-sighted from the Tomb of Giants, in which people can see from their. I have already speculated that the valley leads towards the Demon Ruins/Lost Izalith, which is why the halberd black knight, a chaos hunter, resides near there.

I had my exact script up on the forums for a long time, man. Why couldn't you correct me BEFORE I made the video?

You never asked me
JoeBroski09

I so did! You saw the "Stop what you're doing, and listen" thread on the off-topic section. Thus, I was asking anyone who saw it to check it out and if you checked out the text before the script, you would have known that I was asking for lore correction.
_________________

But you didn't ask me. I also remember you not wanting 'speculation'. So, since many think what I do is just speculation, why would I try to make you listen?
JoeBroski09

But you just gave me true facts.

Like I said, most people see it as speculation.
JoeBroski09

The tail says otherwise. But she is not a 'hatchling' either. She is just young, very young... but she did not come from an egg. Just another form.
JoeBroski09

It has fur, a quality that is not of either reptile nor bird

It has an exo-skeleton, a quality that is neither bird nor reptile

It is made of magic and fire, a quality in which fire is known to burn and consume living flesh, in which birds and reptiles have no exception.

Their are those who tried to be like the evrlasting dragon, and two come to mind; They both failed. Sorcerers that failed to become them, with one being an abommination.

And the factors of the 'dragonoids' is an idea that I see of flaw direction by players, and a misconception.

Thus, the egg is not the only conclusion we can come with.
JoeBroski09

Though, he is not an everlasting dragon either. I found this out halfway through making the video. He's a stone dragon.

And birds have fir when they're a hatchling, dragons are not made of fire. Give me a description that says that their flesh is a part of flame. But the ones that breath fire have special anatomy that protects its throat from flame. Much like an alligator or crocodile can keep the water from drowning them, a dragon can keep the flame from coming back into itself. This is all according to a scientific theory on "the only way dragons could exist in this world." It makes sense. As much sense as your tail theory hahaha!
_________________

And the dragonoids seek the purpetuity of the dragons, but use a rite in order to do so. A rite that defies nature. Though there is no item description that says so, the stone dragon is in a nest, which implies that thats natural
_________________

Good job. You know well. I fought against the stone dragon being everlasting. I am glad you came to that 'sentiment'.

As for her fur, her fur is that of a dark colour, and the form of which Logan and Setah tried to become the everlasting dragons was different. You will also notice that the stone dragon is of BLACK fur, and she is a firekeeeper of a bonfire... a bonfire which is fed by humanity.

Their is also a third being who tried to become a dragon, and she is known to have dressed similar to what logan was when he was in Seath's household with the Large Magic Ember. She is also known to have plentiful of humanity.

As for the dragons being birds? Their are its own being, Joe. Their are not equivalent, nor the same. Traits are similar, but it has similar traits to MANY creatures of nature.

The Dragon Greatsword describes the dragon as a descendant. A distant family relative to the dragons. According to all of the trials to become a dragon that we know of, it's impossible to attain the perpetuity of dragons. If anyone would have found an answer, it'd have been Seathe or Logan, the smartest brains in Lordran. If dragons were once human, I believe that the gaping dragon would drop a Soul similar to Quelaag or Sif (I believe Sif was once human, yes.) Though, I do find myself thinking of the Dragons having human traits in their thoughts at one point, and then later becoming insane. Like the Gaping Dragon. I just can't think of any proof enough to support it. By the by, Seathe's partner? I wish I had more time to read your digital book on the lore.

And the fur of the Stone Dragon could easily be similar to how humans have different colored hairs. Just genes. And where do we see fur in Everlasting Dragons?

And dragons are not birds. But they are related. Just like a T-Rex is actually closely related to the anatomy of a chicken.

GAH! But now I keep thinking of the Stone Dragon being the only Dragon that can give humans the rite to become a humanoid dragon. I just can't get over the anatomy similarities to birds and reptiles, as well as the fact that it's in a nest.
_________________

It is impossible to be a stone dragon. Their are those who became dragons, but none as those of the ancients. Why? Because the Lords destroyed them all. 'They were no more', as the prologue states in your face.

The Black Fur is a LARGE trend in Dark Souls, and you should recognize all of those who are. Do not throw it away as just a quality of genes with different fur... think of it as it connecting to the one being that has shown herself again, and again, in lore, and has been connected since the very beginning. Do not throw it away as what you see, do not fall to arrogance. The dragon could have been given any kind of fur... but she has black.

The reason the everlasting does not have fur, is because the stone dragon is not a hatchling of a stone dragon. A descendant, yes, but not by blood. just scales. The same reason as why the other dragons are not the same as the everlasting... their extinct, gone... dead.

And the dragonoids? Their model is the same as the knights who followed the killer of dragons, the one who has been the leading hero against everything that had come and existed, and now is hollow from the realization of betrayal.

The stone dragons have been speculated by those of man, the gods, serpents, and dragons since the beginning.

And the Gaping Dragon? He/She has similar qualities of the dark Beasts in what it is. It has features of a serpents, it is known to consume much, and it comes from a dark hole... possibly the Abyss.

The Abyss, by the way, is the cream between the two worlds, both Ash Lake and The Surface.