I was thinking about this , since that Dark Souls is coming to PC which is a regular console to PC port. Then why can't From do a port to Xbox 360 for their acclaimed game Demon's Souls so that I and all other Xbox owners do get to experience the game that started it all.

Am I out on a limb here risking the wrath of fanboys thinking that the Souls franchise should have been keept away from Xbox in the first place.

From Software, if anyone of you are reading this, please consider this to make a Demon's Souls port to Xbox 360 so that we on the Xbox community can all enjoy your game like Dark Souls.
Reaperfan

It would be great for more people to experience it, but unfortunately there are a few blocks in the way of this happening that make any chance of it occuring very, very small if not impossible.

The most important is the commercial success of Demon's Souls. More specifically, that there wasn't any "success" at all. It was a sales flop. Like Psychonauts, it was a brilliant game that virtually everyone who played it loved, but it didn't recieve wide enough attention and hype or advertising to actually sell well. If FROM tried to pitch this port to anyone, the response would likely be something like "we aren't going to dump loads of money into a port for a game that didn't even sell well to begin with."

Second is the actual process of making the port. The reason a PC port was doable was because the 360 shares very similar hardware to a PC, so very little programming shifts or compatability issues had to be dealt with. Making a port for the 360 version though was basically having to reprogram the game from scratch to match new hardware settings. This wasn't originally commercially viable for Demon's Souls at its release because the 360 itself has abyssmal sales in Japan and they weren't sure how the international audience would take to the game. The reason we got one for Dark Souls was because FROM realized it's international audience, read as; the places the 360 did sell well, would make it a worthwhile investment into extra costs to code a 360 version.

Lastly is the age of the game. On top of the bad sales and extra costs of porting, it's an old game. Again, back to the imaginary investors, but they would probably add in to their response something like "Well it didn't sell well the first time, why would it sell well this time?" Those who played it before wouldn't likely want to repurchase it, and several of the prospective customer base would be just as content sticking with Dark Souls, with the only driving force behind the older game being curiosity as to "what was Dark Souls like before?" They wouldn't want to buy an outdated version of their favorite game (Dark Souls) when they could just play Dark Souls.

Long story short, Demon's Souls was a commercial flop that was created years ago, and wouldn't be worth a company's time or money to make a port for another system.

This is unfortunate indeed, since Dark Souls did in fact bring over many fans to the series through the 360, and they have every right to experience such a wonderful game. However, short of the series exploding in popularity (despite how much more attention Dark Souls drew to it, it's still a rather under-the-radar game series) and gaining a collector's edition made for digital distribution in a few years, I doubt it will happen anytime soon. It will have to recieve similar treatment to Banjo-Kazooie, where the nostalgia factor of old-school Souls Series fans combined with the lessened costs of a purely digital title on the XBLA or PSN evens out to make it a commercially profitable idea.
_________________

"To be concerned about being grown up, to admire the grown up because it is grown up, to blush at the suspicion of being childish; these things are the marks of childhood and adolescence. When I became a man I put away childish things, including the fear of childishness and the desire to be very grown up." ~C.S. Lewis
Mordreid

Well I agree there are some financial problems, but the reason yourself are pointing at is that now with the commercial success of Dark Souls on both systems that would at least make it viable to think about making such a thing.
Many fans of Dark Souls I am sure would dive over the opportunity to play Demon's Souls with online capablities on their Xbox machines. There is a market potential here, it's just a question if FROM want to invest the time to pitch the idea to Namco or any other distributor.
But you have indeed stated good points as to why this won't happen but I still would like to see it come into fruition.
Mr.Faith

If it was the other way around, if demons souls was only a 360 exclusive and i had played dark souls on ps3 and fallen in love with it. I would just save my money up and buy an xbox JUST for that one game. Seriously...

If you love a game, it should not matter what consol you are playing it on.. :-)
Knight Alundil

I'm actually one of those people. I purchased a ps3 so i could play demons souls too. Now can you imagine the rage i was going through when we thought the PC users were getting content the console users weren't? considering i'd already spent around £250 on souls games alone? Yeh... was pretty miffed lol
_________________
https://soulswiki.forumotion.com/t12265-why-do-people-grief
WhatDoesThePendantDo?

I would love for this to happen, and I challenge Reaper's point that DeS would be a sales flop. DkS did great on the 360, I'm sure nearly all of those fans would relish a chance to buy and play DeS on their console of choice. And, if followed up right, I believe it could act as a perfect segue to the DkS successor. I don't see how it could fail.

As to the techno-babble of how a port to the 360 would be done on the on the technological level, I'll just excuse myself from that argument as I have no bucking idea how these things work.
_________________

Dark Souls is still a niche game. Reaper is right; who would want to play an outdated version of the same game? Shame they never went full PC with it; maybe we would have it on Steam by now.
_________________
PSN: Azran-

Proper story’s supposed to start at the beginning. Ain’t so simple with this one. Now here’s a kid whose whole world got all twisted, leaving him stranded on a rock in the sky.
Wade_Wilson 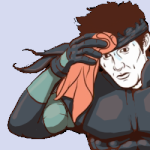 Sony own the rights to demon souls. End of discussion, no arguing. A port simply cannot happen.
_________________
Golden rays of the glorious sunshine, sending down such a blood-red light
Now the animals slowly retreat to the shadows, out of sight
Arid winds blow across the mountains, giving flight to the birds of prey
In the distance machines come to transform Eden, day by day
Only love is with us now, something warm and pure!
Find the peace within ourselves, no need for the cure!
swordiris

^
This. It is why dark souls was a spiritual successor instead of Demon's Souls 2.

All hail Prince Amadeous Son of the Goddess Velka
Join the Messengers https://soulswiki.forumotion.com/t22165-messengers-of-velka-reign

It's a shame though, I think players should get to experience whatever games they want, without company rivalries getting in the way. That, of course, is a naive and foolish notion, however.
_________________

» Dark Fall Lost Souls
» Marvel Legends you would like to see
» Can You Name This Game Character
» Mystery gifts help with island quests!
» Free Tokens - Surveys??