I haven't seen a thread about this, so I decided to make one myself.

Only good one among them is baal .

Keep the MLP ones, so bronies are happy (I hear they're pretty wild bunch), but can we please get back to the ones we had before? Or at least gives us both new and old ones?

I support this, to an extent.
Sentiel

Says the guy with Kyubey in avatar.

I have to say that people don't seem to be warming to them..

I think a few are really good, such as:

But I really want the old : P back-

I decide to look at the forum this once and my tongue avatar is gone?! I demand an explanation!

Considering Baal is the only one with his own emoticon, I think it's safe to blame him for everything. :3
Baal-Avatar 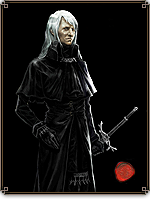 You demand an explanation...

Yesterday I updated some of the emoticons on the site. I noticed during the process that the many of the emoticons we were using were from multiple sources, visually multiple styles and some were even broken or did not work properly. I took it upon myself to gather a series of emoticons that were from the same style and at a smaller size so that they would work better when being used inline with text. If there is an uprising (I think E agrees with you all) then I did save the old ones before I made any of the changes.

I still stand by the fact that the new set is larger in quantity and consistent in quality. The same issue occurred when I updated the navigation at the top of the site and changed the style and added blue. It is not much of an issue now that we have warmed up to them a little.

I will say that the new emotions are slightly more cartoony that I would have liked.
WhatDoesThePendantDo?

Now that you mentioned it...
I hate that blue colouring as well. It doesn't "fit" with the Souls theme at all. But unlike emoticons, I never felt obliged to have a say in such a matter. It is not my forum. I am also not an mod, or a valuable contributor. I'm basically a spambot with half decent sense of humour.

However if I'm writing something and want to lighten the message up a bit, I really don't want something silly as this

Also, if I would to demand something, it wouldn't be an explanation, but the return of the previous emoticons. Perhaps new ones, but less Skype-like. This forum, just like the games it is associated with has a kind of serious atmosphere, which I am fond of and goofy, or cartoony, as you said, emoticons like these kinda ruin that.

I'd say this is a mixed bag. I liked the old broad grin better but can see myself giving smooches pretty frequently with the new set. The "twisted" nod was also one I commonly used. Overall, I'm on the fence.
Dibsville

at least this is still here.
Serious_Much

at least this is still here.

Thats exactly what I said

I agree with the part of trying to get more Dark-themed emoticons. This is a Dark Souls forum! The Twisted emoticon expressed very much how people felt when they committed an evil act, and that was great. And now this replaces it

But oh well. If you can put some in it would be very appreciated, but if it is too much hassle then oh well.

Eh I am good with these things. A bit weird being more 3D and vocal but I'll get used to them. Also

<---- I love this thing. I find it funny how only he has something like this.
Marino.

Keep the MLP ones, so bronies are happy (I hear they're pretty wild bunch)

You don't know half of it

But i agree, i liked the Old Smileys better, but

But we'll get used to them

Serious_Much wrote:
But I really want the old : P back-

please change them back... i can't emote properly with these!

I'm not gonna beg for them to come back, but the majority seem to have liked the old ones better. That might be worth taking into consideration.
Hugh_G_Johnson

I like the idea that they're smaller and don't ruin the spacing in the post. I actually like that there are more now. Or at least more useful ones, I didn't count.

However, as has been said the old razz, twisted & evil/very mad are sorely missed.

They're back!! Thank you!!
Baal-Avatar

The problem I have with the newer emotions is that they are hard to work out what they are, as in they're not very clear to see. If the expressions stood out more they would be more acceptable.
WhatDoesThePendantDo?

Baal-ler gave you the old favorites back. Lay off the man!