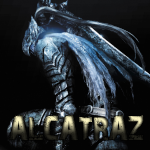 Hello,
I'm trying to set up some coop with my friend but it just doesn't happen, no matter what we try.

I'm SL 10 and she is SL 4, we both have DSC-Fix installed, our ports are forwarded, UPnP is enabled, GFWL says our NAT is open and UPnP is in use.
We already tried to "Join session in progress" in the GFWL-Overlay, but it doesn't seem to work since GFWL shows us that we are still in different sessions.

Can someone tell me what is the correct and most effective way to set up a coop session with a friend?
At the very beginning people were saying that it's the best to replace the summon sign after a 30-45sec interval. Today we were trying this for almost an hour though, with no success.

Is there something to it? Which method is the better one?

Any advices are much appreciated!

I don't play pc, but here are some things I do while I Skype with a couple buddies:

-Make sure you are both in the "co-op covenants" ie sunlight, way of white, princess guard.

-Get closer to each others sl IF you can, the closer the better regardless of what the summoning instructions say.  Whenever we are 5-10 soul levels apart, there is a noticeable wait time difference.  1-5 the wait time is drastically different.

-Try not to summon in high traffic areas.  When someone else is competing for your friends soul sign, the probability of summoning failed goes through the roof.

-Whenever we are having difficult seeing or summoning our signs, we spam...like there's no tomorrow.  Put the soapstone in the quick select and spam away.  When you see the sign, it will fail.  Wait a couple seconds, then relay sign.

-Idk why some people cannot enjoy the "10 levels +/- 10%", but some just can't.  While others seem to have no problem.  I can summon a buddy in Germany easier than my friend in USA...where I live, have no idea why.

Sorry I can't help you with the specifics about GFWL, but some of these summoning practices seem to be common across all platforms.

Hi Alcatraz! Let my try to offer some help:
Your setup sound quite formidable. You will have to check if there is a small arrow beside your friend's tag in the gfwl-firendslist. If not, DSCfix is not running properly and you have to check dsfix.ini wether it is chained in properly. Also, make sure you utilize the latest version. Next, in the dscfix.ini, set "log level = all" and alt-tab to the data-directory while running the game. See what dscfix.log says. If it says its constantly connecting/disconnecting to/from your friend, then its still a problem of one of your inet-connections.
Then make sure, the area you want to summon in, is actually summonable. As for the Boss must be alive. Apart from that, there's some locations where you can't summon because of prequisites not met.

Member of the Paths of the Dragon's Cabal - Join our PC-Chapter, fellow dragonlings!

Member of the Clergy at Sunlight Coalition