Invaded this guy in the forest earlier. Xbox 360. He was in full dragon form with wolf ring and DWGR, LH was a Black Knight's Great Sword and RH was a Lucerne.

He was constantly swapping between two-hand and one-hand on his lucerne, but at first I didn't think much of it- until I tried to damage trade with him. He teleported from several steps away and hit me with the lucerne's running R1, which promptly pancaked me (same type of pancake as the one the Zwei r2 causes).

At first I thought it was just lag, but when I got up he did it again, teleporting and pancaking me with another instant lucerne running R1. I got some damage in, he DB'ed it off, and his summon came along.

He was constantly swapping between one-hand and two-hand stances in the lull period while I was on the floor recovering from each pancaking. Basically, he repeated his teleporting running R1s until I died (took about 4 hits, every single running R1 pancaked me).

Does anyone know how he was doing this glitch? I have 9 poise, and the Lucerne running R1 normally doesn't pancake anyway. It definitely wasn't the 360 phantom strike because he didn't spin at all, and it wasn't the rolling moveset swap because he didn't roll. He just kept warping and chopping with his running R1.
Aigaios

I think what you saw was the semi-permanent moveset swap glitch, he was two-handing the Lucerne right? So it could have been that the Lucerne was in his left hand but you didnt see it.

Lucerne was in his right hand. BKGS was in the left. I am very sure of this because when I first approached him, he was one-handing the lucerne but promptly swapped to two-handing it (the BKGS went from his left hand to his back). After that came the first pancake.

In between pancakes he seemingly randomly switched between one-handing and two-handing the RH lucerne (the BKGS went on his back, and to his left hand, and to his back again, etc). At no point in time did he actually attack with the BKGS, and the timings were identical to that of the lucerne R1 chop. The hitsound effect was also that of the lucerne chop, and his recovery animation on teleporting was that of the post-lucerne running R1.

PMing him, he's started spouting some nonsense about jedi apprenticeship. Anyone have any ideas?
OrnsteinBro

Sweet Jesus Christ I just encountered another one. He was two handing a BKGA with a washing pole sheathed at his his left hip. The BGKA was using the washing pole's moveset and did the BKGA's poise damage.
Montante 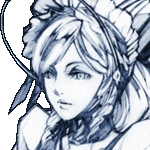 I saw the BKGA used like a rapier a couple of days ago. I didn't pay any attention to what might've been in his left hand, though.

That is a glitch where you can obtain the moveset of another weapon.  Since talking about how to do that glitch is against the rules, and the posts have come very close to that. Ornstein's question has been answered.
Sponsored content