You are not connected. Please login or register
+2
WhatDoesThePendantDo?
SpecterOranges
6 posters 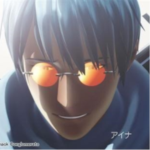 In Lord Gwyn's honorary tomb there lay three chests. One contains brass armor, representing Gwyndolin's devotion to hunting down those who offend his father or sister. Another contains the sunlight blade miracle, representing the firstborn's final farewell to his father. But what of the third, empty chest? What could've been there?

But there's another that we're missing. A bundle of white flowers are left on the tomb. Today I noticed that Gwynevere was leaning on a pillow with a white flower design, and that made sense to me.

There is a fourth descendant of Gwyn, after all; Priscilla. And what would she have to offer but her doll?

The reason the doll is missing is because the firstborn took the doll. The reason his corpse is outside of the tomb is because he was killed while leaving. Most likely the firstborn lost his life while escaping from Gwyndolin after having been stripped of his deific status, taking the doll along with him. When he died, he was sure through his actions that he would be marked as an undead, so he would need that doll that his lonely niece held so tightly before she found friends in the painted world.

I believe the firstborn is Solaire of Astora. Note two things in Solaire's dialogue:
1) He mentions that his journey is lonely.
2) He calls himself a fool.

This further solidifies my point; Solaire went to the same asylum as you. Note that the crestfallen warrior, I believe, says that someone went to the asylum curled up in a ball. This could be Oscar, or it could've been Solaire, to put the doll back in the cell he had come from. Now why would he do that?

I believe he did that because he found you. You are now his friend. He's not lonely any more and therefore has no use for the doll. However, he does not wish to trample upon his father's grave yet again, so he leaves it somewhere more symbolic; the place that he clutched it so tightly, hoping for the day he'd be free to search for his own sun and his close friend.

For the fool bit, well, this part's more of a stretch, but I think it goes back to the point about his foolish actions leading to the destruction of the annals.

Conspiracy theory here: I believe he accidentally discovered Havel's hidey-spot and found the dark club there. He notified Gwyn, but either in the ensuing struggle or something else in that process, the records were soaked and thus destroyed. I believe him wanting to find his own sun is related to this event. Gwyn hid that all this happened, so it's very possible Gwyn himself destroyed the records specifically with water to hide the flame marks from the battle that took place between him and his friend Havel. Solaire saw this as corruption and like Havel began to question Gwyn. He wanted to find his own sun rather than inherit the corrupted sun of his father. This is why his powers and godly status were taken from him. Yet he was still allowed to stay in Anor Londo as he was still the son of his father.

Now this is all speculative, but I think it's a possibility in such a situation given what each character is like. Solaire is an explorer, Gwyn is corrupt, Havel was trying to pick a fight with Gwyn over his rule, Priscilla was a lonely person until she made it to the painted world where she described its inhabitants as kind, and Gwyndolin just plain old hates anyone who sees him in a dress.
WhatDoesThePendantDo?

But is it actually confirmed Priscilla is a descendant of Gwyn? It is largely accepted Seath is the father but it, to my knowledge, was never established that Gwynevere was the mother. She is a strong candidate, yes, but there are others.
_________________

I think it's more likely that she is than she is because I can't think of anyone else who's actually confirmed to be married in the game, unless you're trying to argue that Priscilla is related to Siegmeyer's wife who as far as we know is fully human and could not accept a dragon dingdong because of her size and absence from the game. For a somewhat important character like Priscilla I think for now we can assume that she's related to someone actually in the game who is married; Gwynevere. After all, Priscilla's confirmed at least to be a bastard child.

Also somehow I doubt Gwyn would get it on with Velka since she smells like a crow. You ever smelled a crow? Not pleasant.
skarekrow13

Priscilla is confirmed to be a "bastard" child but there are several variations on the definition.  For instance, for lineage it can mean anything out of wedlock so there's no need for either parent to be married.

Additionally, it can be used as an adjective which can mean "irregular, abnormal or inferior" or if we're getting creative, and we know From likes their wordplay:

"Resembling a known kind or species but not truly such."

Also, regarding the need to have a body compatible with dragon genitalia I think that theory doesn't have a lot of in game support.  Gwynevere as we see her in game isn't really Gwynevere.  There's no genetic evidence (Gwyn and Gwyndolin) to support that she's as large as the construct we get the lordvessel from.  Also, statues in the Onstein and Smough boss fight depict Gwyn as about his actual size with Gwynevere a little smaller.  Finally...it's suggested that at one point she lived in Anor Londo (also, going with your married criteria she got married after she left).  Unless they built the room around her she's not really that big.

Overall though some very interesting ideas and I like the way you think!


EDIT: For the record, I too am convinced that Gwynevere is the mother.  However, I imagine motherhood in this case is more akin to "genetic donor."  The above points are not to knock on you, but rather to promote further discussion and debate as it's a favorite topic here and you're clearly interested.
_________________
Possibly (likely) the last crazy/important thing I'll ever do before the move
homelessguy

there are picture of the real queen of sunlight in anor londo
also how is the doll magic it says in it's lore than it was grabbed by a girl who was then transported to the painted world if so how did the doll teleport her there ??
skarekrow13

Well the doll says it was "clutched" by the girl which emotively usually means desperation or loneliness. It adds she was "drawn in." This could mean one of two things in my opinion. Drawing in usually means that the thing was pulled, not pushed. It's why I argue she wasn't forcefully imprisoned (that and she, you know, can leave at any time and knows it). So that could mean her fascination of the painting became a force in itself and/or the painting was it's own world all along and pulled her in (maybe seeing her loneliness or feeling the fascination of the painting from the girl).

Alternatively, it could mean that she was literally "drawn" into the painting. As in, Ariamis, the painter literally created a world with his paint (which is a theme found decently often in myth/legend/stories) and made her a part of it by "drawing" her into it. This could have been at her request or he did it to help her out. The items for her suggest she was treated as a horrible outcast and likely the doll (and maybe Ariamis or the painting) were her only comforts.

The doll might just be a key for us due to the deep connection to her and has nothing to do with how she got into the painting.

My best guess at the doll is that it was forgotten. If the painting pulled her in, it might have been lost in a split second relaxation of her hand as it pulled her inside. Alternatively, if Ariamis "drew" her into the painting maybe he forgot to add that. Or, it's even possible it was a gift to Ariamis to remember her by. If that last case is true then maybe Ariamis is the person curled up in the cell with the doll.
_________________
Possibly (likely) the last crazy/important thing I'll ever do before the move
SpecterOranges

At the very least I think the fact that what is presumed to be a room full of scrolls is drenched in water and the firstborn son foolishly caused the destruction of the annals (records) is interesting to note.

I think it's also interesting that the bundle of white flowers is Gwynevere's gift to the tomb. It could just be that the firstborn's gift to his father's tomb was just removed by Gwyndolin after the fact because of what he did.
Scurrilous Straggler 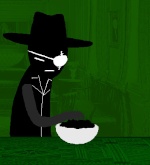 I've often thought that the doll didn't actually belong to Priscilla as it says that the owner was drawn into the painted world. I thought Priscilla was sent there or banished. I also don't think that Priscilla was actually born, but that she was an experiment by Seath O_o. On a side note, related to the Painted World... I was in there today and it was quiet as usual, but as I stood on the bridge before Priscilla's room, waiting for summons, I noticed a jingling sound and the longer I stood there the more wind howled. And then wolves. And then thunder... then a lot of thunder. The longer I stood there, the more sound effects began to play. I was summoned shortly after and everything reset when I returned...any one else notice this?
_________________
===

Do you even praise the sun?
GWL & 360: MythosEngineer / Steam: Scurrilous Straggler
WhatDoesThePendantDo?

Maybe the doll itself, was an item from the painted world, that somehow left, and was seeking out the Chosen Undead.

It once belonged to someone in the Painted World, and was released because the owner (might not actually be Priscilla) wanted out.

Although the dolls says abomination, this doesn't necessarily mean Priscilla. There are many other things in the painted world that it could be referring to.

If Ariamis can create a whole new world inside of a painting, who knows what else his power could do. Could it bring life to an inanimate object?
_________________

Do you even praise the sun?
GWL & 360: MythosEngineer / Steam: Scurrilous Straggler
Sponsored content