You are not connected. Please login or register
+2
Acarnatia
DarkGerald
6 posters 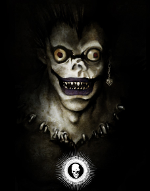 I think I discovered a way to probably make an infinite amount of souls. It's not a glitch per se, just using the game mechanics so I hope it's okay to post it - if not, please delete the post (not me

The following happend to me today: I was invaded by a guy whom I killed, got 166k souls. He probably got his green blop and invaded me again, got another 166k by killing him, he did this a 3rd time and guess what, 166k more in the pocket (yeah he was resiliant).

So this was a random guy whom I didn't know. But what if I'd repeat this with a friend in an area where usually no PvP is going on so we keep on invading each other? First I kill him several times, then he me, then I him again, rinse & repeat. We would both end up as billionaires pretty quickly or do I miss something?

(oh and I don't have any friends who play DS so this is just a rhetorical question for me;))

No, this isn't a glitch or even really an exploit. Pvp is basically the fastest way to get souls, especially at higher levels.
Soul of Stray Demon

It's an exploit, if you just constantly do it with a friend, and don't really have fight, just a slaughter fest, but this game has been out so long.. it doesn't really matter much if you just do something like that. (And... because MegaMule exists)
Serious_Much

It's not really a glitch or exploit. At higher levels an invader yields more souls. I suppose you could use it to level up, but going beyond 120/125 is sorta pointless anyways so it's your call.
Soul of Stray Demon

Well, an exploit is taking advantage of an in-game system. If you just use it for farming souls with a friend, and not actually to fight, I would say it's an exploit.. although not one that really matters at all.
DarkGerald

Serious_Much wrote:but going beyond 120/125 is sorta pointless anyways so it's your call.

I second that, I'm currently at SL180 (no exploits, just playing the game in PvE and PvP) on NG+4 and I'm getting constantly invaded if I want to and as a Darkwraith I can invade the whole evening too, Township and Darkroot are full of PvP folks near that level. Plus there is the 200+ class which I'm aiming for and I'm guessing that after such a long time the game is out, many folks will be beyond 200+.

Back to topic: Thanks for your replies

So it is possible, I wonder why From didn't see that when they designed the whole reward thing. I personally don't understand why I as a Darkwraith can regain everything I've lost in case of a failed invasion, I even remain human. I mean it's cool, I have no worries when invading, but it leaves the game wide open to exploitation.

However, as I said, I was just curious if that's possible at all. If someone wants to level like that, be my guest - it certainly doesn't make you a better player, which for me is the sole goal for playing DS.
GenericUsername

I mean, that " exploit " has been there for virtually every online mode of a game that uses leveling.  I'm pretty sure they know it would happen.  I think it's just pretty boring to get a friend and sit there for like hours on end killing them and resummoning/invading them though.

And the forest is much better for soul farming.  I believe I get around 800k and up from most people when I hang around there.
DarkGerald

Well no, this "feature" is unique in speed and how it works, I don't know any other game where you die and don't lose. If my opponent gets "my" souls, I should lose them instead of being reborn and having a green blup just where I was standing.

Fortunately there isn't a trading post or something so this "feature" doesn't hurt anyone but yourself and maybe the people who have to fight and unexperienced highlevel char. Like the guy who invaded me 3 times in a row and died 3 times at my first sight with one blow

This is well known enough where the Dark Souls II beta EULA actually has a clause saying you shouldn't do this or risk violating "the terms."