Hey y'all. After Serious_Much's help with the guideline to creating a user covenant (Kudos) I have decided I would like to start the framework of one. I was going to come off all fanatical and such, but I think that would just be plain silly

Anywho, here are the rough outlines. I think i'll start off just an xbox covenant for now until (or if) it ever takes off. Anyway, here's what's what:
Main idea: Death's "Disciples". Servant's to the grave who retrieve the souls of those who should be long from this world.
-Uniques central activity? Maybe, tournaments to see who has the claim to the "Death" title
-Armoury: Basically anything that looks like it's coming for your soul, like Dark helmet/hood. Same for weapons, e.g. Gravelord Sword, Obsidian Greatsword, Dark Silver Tracer, Scythes. You know, evil looking. As the badge of office, it's gotta be a bonewheel shield, you don't have to use it all the time, just when the "Down" gesture is used, you should answer by revealing your bonewheel shield and doing the same animation (Yes, you can use a bonewheel shield as a weapon

)
-Ranks: Ultimately Death, then Death's fingers, Death's whisper, Death's Disciples. Something like that.
-Lore: Feel free to add to/speculate/think about any extra lore you would like to add.
-Events- Aside from the obvious in-covenant death event, the weekly/monthly/yearly reapings. Just appear in full force with our badges of honour with RSS in asigned locations. These could be inter-covenant events.
-And last but not least, I believe that all decisions such as locations and such, changes in dress should be done as a whole. No dictatorship (Much) around here.
So yeah, that's it, if any of you guys are: Interested in joining, looking to help me out, give advice, criticism, call me silly, whatever, just let me know and *Hopefully* I could kick this off the ground.
Serious_Much

I love it, you used my exact frame work and everything, I love the instant effect of my thread

Anyway, just to flush out the idea of your activity. Think about your policy on 'honour'. The red sign is in lore a sign of the honourable wraith, a wraith looking for challenge and holds duels in esteem.

In terms of your lore, you could perhaps see yourselves as a break off of this wraith 'sect' if you will. Giving death to those.. perhaps not only who want it, but perhaps deserve it? The honourable hand of a merciful(or less depending on what road you choose to take) death?

I'm sure people will come on board with this idea, there isn't really a true roleplay dueling covenant as of yet, you could fill the niche

I hope this helped.
Dutchy

I t did, very much so. I was thinking, like gaurdians of the grave. Humblers maybe? Oooh! Only strong souls would accept a challenge like that! We are sent forward to collect powerful souls for... Gravelord Nito? Hmm, to obvious, but, yeah, rooting out the weak by blatent, obvious challenges, dares for the strong? What you got Much?
Serious_Much

Well.. I'd argue that linking it to nito is making it too familiar to the gravesworn, and this would contradict the lore use of the Red soap sign..

I'd say the group are servants to death. They pledge their lives to freeing souls from their mortal bodies, whether they be foes or your own, in honourable combat.

A break away from darkwraiths, humanity is no longer the goal. Only blood and death.

Yeah cheers, I think I might settle on freeing the living to serve the dead. Think I have everything I need to make a recruitment thread? 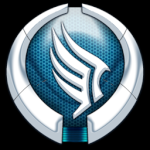 It sounds pretty interesting. I would like to see a really cool title page, a real attention grabber ya know. You could use red font, maybe make the letters look bloody or something. Yall could be called the Deadbloods or something. Part of your lore could be that you betrayed Nito after he learned the LifeDrain technique.

These are all just suggestions. If you like any of em I could think of some other ones.
Dutchy

Nito has the power of the 'Miasma of Death', it pretty much just erodes everything down to dust.. It's not really a something you can steal off him

The closest thing is humanity drain with dark hand.. which is a wraith technique.

I feel dutchy you probably do have enough to make a title page, you've got most things pretty fully formed
Dutchy

Could be acid surge, though it really sucks

It'll be cool for roleplay, yeah, i'll chuck it in there
Paragon

He knows lifedrain. Or at least he knows something that takes a humanity away from you. He doesn't use it very often but Ive had a friend tell me about it. And then I saw it first hand. Not sure if it was just being weird or if maybe Nito is a darkwraith or what but he grabbed me and I lost humanity.
Dutchy

I know four kings do that but, yeah, I like the Acid Surge Miasma of Death. I'll start the page now

5. Nito can also employ a rarely used but highly damaging grab attack. Staying to his sides or back is an easy way to avoid this. Alternatively if you are grabbed, repeatedly tap L1/R1 in order to escape the grab entirely. Fortunately this attack has a huge tell: his hand will start glowing, so that should give you enough time to get away.

Thats taken from the wiki as what nito's grab attack does.. I don't wanna sound condescending but I'm pretty sure only Four kings suck humanity, as is their lore. Nito deals poison and toxic in some of his attacks
Paragon

Serious_Much wrote:5. Nito can also employ a rarely used but highly damaging grab attack. Staying to his sides or back is an easy way to avoid this. Alternatively if you are grabbed, repeatedly tap L1/R1 in order to escape the grab entirely. Fortunately this attack has a huge tell: his hand will start glowing, so that should give you enough time to get away.

Thats taken from the wiki as what nito's grab attack does.. I don't wanna sound condescending but I'm pretty sure only Four kings suck humanity, as is their lore. Nito deals poison and toxic in some of his attacks

Well dang then I don't know what happened to me and my bud. We were fighting him together and first my buddy got grabbed then he told me that he lost humanity. I was like "thats BS"... as I said that I got picked up and then I lost a humanity. Maybe it was just some kind of glitch then.

Man and I thought I stumbled across some kind of hidden plot twist.
Well Im glad thats settled anyway Dutchy I really like your acid surge Miasma of death thing but you should use all the gas attacks at once for maximum mayhem.

That's weird.. How recent was this?

They could have added that feature to his grab attack without any forum members realising... because most of us dont get hit by attacks like that anymore

It was a few weeks back. maybe a week before my xbox broke.

OMG What if Nito broke my xbox :affraid:

hmmm... well maybe they added that feature in post AotA...

But yeah, Nito is well known for killing things..