Spoiler:
I'm wondering if it'd be possible to organize a consistent weekly, biweekly, or monthly (SL100) FC for PC players. I realize timezones will be an issue however I'm assuming we can find some overlap.
So primarily wondering, who's interested, what days work, what times of day work (timezones please), where would people like to have it, and who can host
Would also have to sort out rules but I'm a firm advocate of buff, bow, fight with no healing while all else goes

Anyway, I was thinking possibly the moonpit as it's one of the easiest areas to keep open, a nice place to fight, and isn't too active
I'll post a bit more when I'm off work, as well as throw this up on the steam group, but mostly just looking for people's thoughts and availability, wanted to get this post up sooner rather than later and have been forgetting to

I would like to take part.
My timezone is CET. Thursday to Sunday evening, beginning from 19:00 would be fine.
Moonpit sounds right, never got invaded there so far.
Only thing is I have no current char with SL100, only one with 123 and the other with SL4, guess I have to speed up the development.
As I have no idea whatsoever: What is required to 'host'? How to host?
Laharls_Wrath 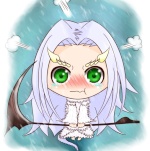 I was thinking of hosting something similar every few weeks in the Crystal Caves Forest.


I was keen for SL50-55 though (which is a common SL for events on these forums, so I assumed most would have a toon at this level, and even if you don't it won't take long to get one there).


Theme would be Raw Steel (No magics, Raw upgraded weapons only; so no Twinkling or Demon titanite or Dragon Scale weapons, armour and shield can be upgraded to anything though).
Just for longer fights, it might end up tedious though so fine tuning might be needed.


Also guys if you post your timezones in GMT+/-X it's so much easier to work out what time it would be in other locations. It's pretty much the world standard too, if you don't know what your timezone is in GMT go here.
_________________
GFWL: STLFFNLPPLES
Laharls_Wrath

I'd be somewhat interested and might stop by but all in all I'm not a huge fan of PvP at 50/55 and dislike the theme as I enjoy seeing the hybridization of builds (in any game) and as obnoxious as it can be for me personally to fight against, say, a dark sorcery heavy build, I'd rather host something where people can play what they want and if everyone hates fighting someone just handle that on a case-by-case basis

XBOX: I'll give you 2 guesses
SarahCassandra

AnCapaillMor wrote:would be interested but all my guys are in the 120 bracket.

As long as we have some low level invaders ( my main char is around 80 at the minute ) you could host so you will still get some fights as I imagine people dont often go over 120.

Sorry about the delay, I had some other stuff going on
anyway
since it's obvious a perfect time for everyone can't be had and I've gotten a bit of feedback as to when works for some people, I figured I'd come up with three times and see which is best recieved
regardless
I'd like to attempt to get this started this upcoming Saturday (unless an overwhelming majority prefer Sunday, but Saturday seems to be the way to go given timezones mean people may be up late and people do work)
so here are the times I came up with, listing the time for the East Coast of the US and the UK rather than purely by GMT+/-X as trying I've had bad experiences with people not comprehending daylight savings time

-6pm EST (GMT-5(+1))/11pm BST (GMT(+1))
I think this would work best, the downside is it's around a popular time for people to eat dinner
on the plus side it doesn't run too late for those in Europe and (I don't believe) it is overly early for those in Australia (I may be wrong here)
Could maybe bump it an hour earlier/later if need be

so all in all I feel like some time around 6pm EST/11pm BST/10 pm GMT on Saturdays would be ideal, or at least as close to it as we can get
depending on how long it goes on people may have to dip in and out to eat but that's not the end of the world

anyway
looking for feedback, who would be able to make this time, who wouldn't, suggestions for a different time or moving it back or forward an hour, etc (post here or feel free to message me on steam)

lastly, for a general ruleset:
-Buff (x1), Bow, Fight
-No Healing
- ~SL100 (I'm content with having people around the 120 range or 80 range if others are, after all this is for fun and the more the better imo, although anything above 120 would be pushing it imo)
-Don't be an *** (this isn't hard, constructive criticism and help are good, being salty or an arrogant prick is bad) 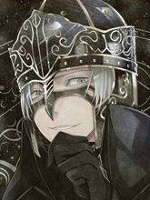 Sounds like fun, and it looks like I'll actually be able to participate in this one. The third option sounds good to me, though an hour or two earlier or later would also work. (My timezone is GMT(+1))
Laharls_Wrath

updated the OP with the information

I'm looking forward to this, it's been a while since the last time I've participated in anything. Is there an approximate time for how long this will run, or is it going as long as there are people who want to fight?
_________________

So that would be starting time 12.00 midnight in CEST if the worldtimebuddy site is correct.
Looking forward to this.

I'm certainly interested. Can't be 100% certain nothing comes up, but as far as I know I'm free on next Saturday too.

Moonpit again, or do you have any other good areas open for summoning? The Kiln comes to mind, but I guess that's not as accessible to everyone.

Doing what Revoltage suggested and trying some team deathmatches in the Oolacile arena would also be cool.
Laharls_Wrath

I don't have the kiln open as I'm lazy and tend to stop with PvE after the four kings are dead, and the one character I had that did have access to it is mid-ng+ run and I'm streaming that for some buddies so it's going slow and wont be up to Gwyn for a while

Arty arena could work, but it's also a bit less accessible than the moonpit, and honestly I'm more than happy having it in the moonpit again
idk, open to suggestions

I'm fine with the Moonpit as well, but if we're doing this weekly it might be nice with some variation every now and then.
AnCapaillMor

XBOX: I'll give you 2 guesses
Laharls_Wrath

haven't posted in a bit, have had a lot on my mind and my days have been less than ideal
anyway
wanted to confirm that tomorrow (Saturday), same time, place, and SL, works for me
if you need to contact me, feel free to message me on steam (although I'm at work at the moment so I wont be around for a while)