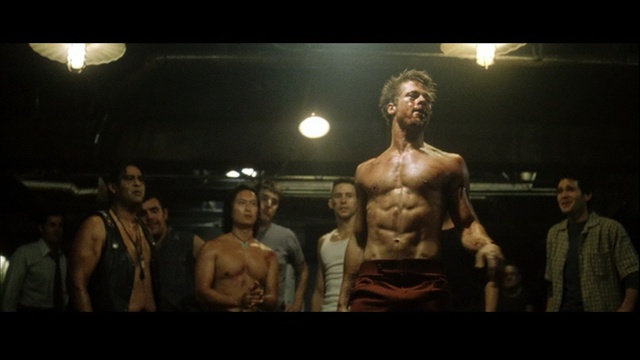 TIME OF THE EVENT
1:00 PM UTC September 14th to 1:00 AM UTC September 15th
RULES
Must be use sorcerer's base vitality
SL cap of 35
Must use unupgraded caestuses
The player must use Dusk Crown Ring, other rings are not allowed.
Rolling is not allowed
Backstabbing is not allowed
Helmets and chest armor are not allowed, everything else is
Cannot have over 8 poise
LOCATION
The event will take place before the boss gate for Ceaseless Discharge.
Everyone is welcome to join!
Just post in the thread about joining and post your console/PC info in the thread. Also make sure to post on whether you will host or not.
Hosts
Whatdoesthependantdo?: ID -  DigonesSinope7 : Xbox 360
Hawkins172 : ID - Hawkins172 : PS3

LORE
Upon their initial adventures into Lordran, Twilight Sparkle and her following of non-vampiric sparkling allies became a vastly-growing covenant in name of their magic... Happiness. The inhabitants of the desolate lands saw warmth and comfort within the eyes of this enigmatic pony, whom after munching on the grass for breakfast, made plans to spread her happiness even further. Above all who welcomed these 4-legged delights to Lordran, were the Exiled of Ariamis... And the cheeky band of the Karmatic Gremlin Gang. Netherless, all of them wanted to see a spread of fun and cheerfulness in their own ways.

However, there are places in Lordran filled with so much hate and despair, that this seemingly polar-opposite magic repelled any and all atempts of kindness and compassion. Twilight recognised Izalith as the cornerstone to this hate and this in turn made her feel like a grumpy pony, so she chewed on some chocolate-flavoured dung pie (which was most delicious) to make herself happy again. To break these barriers of hate and sadness, the cult would have to imbue their own magic into their weaponry and tear apart these walls of violent emotion. Until it dawned on Twilight: killing people is bad, that is not what they want. So with the sheer brilliance that only the Cult of Friendship harbors, a plan was devised and a challenge to be made.

Realising that the Cult of Friendship's magic is still being ridiculed by many defiant creatures, Twilight Sparkle admitted that their magic needed to be tested and proved of its worth to denizens of Lordran. Twilight (via way of the Orange Soapstone) laid out the challenge to every soul to fight in a contest of strength and willpower, blessed by the magic of the cult. They would meet Sparkle and all other participants at the ruins of the demons, where reside The Ceaseless Discharge, one of the most hateful creatures in Lordran. This would be a series of 1on1 matches in a showcase of respect for one's opponant and friendship to one-another. Ceaseless and his stumpy legs wouldn't be able to stop the display, since his phobia of grey things prevents him. Twilight thought to herself that this sheer display of the polar-opposite, would make the Ceaseless Discharge cringe and thus, reduce his defences to the CoF's almighty love machines. In doing this, Ceaseless may become human again... Or even a brony himself! The thought of this prospect made Twilight salivate with joy, to the point she began skipping on her walk. If they could bring down and reform the Ceaseless Discharge with this kind of magic, then the souls of Lordran, as well as Twilight's allies, would recognise their skill and power equal and beyond their own.

"Who doesn't love love? Who doesn't love ponies? Lordran will become a happier place all the same. Chocolate dung pies for everyone!... Now where am I going to get chocolate?"

And so the challenge was laid out and Twilight Sparkle awaits the response. Many good times were to be had, memories made and love shared. Indeed, there would be no end to this lovefest... Plus, everyone loves chocolate
We also have a chatango for all those that participate in the event. Please keep all dicussion relevant to the event and keep it civil too.

Here is our event chat.

Awesome! Almost on right on my birthday as well.

Yes, Ahho and Marino did quite a bit of work with this event. It's best to just thank them for doing the work required to get this event up and running.
WhatDoesThePendantDo?

Question: Is the armor that is allowed, is it allowed to be upgraded?
GrinTwist

As long as it equates to 8 poise once it's equipped it can be used, so yes it can be upgraded.
WhatDoesThePendantDo?

Goddamnit Pendant ! Why do you steal my Idea ?!
Yeah, i think it's okay to use 42 RES . There's nothing in the Rules that forbid it .

I'm in and i'll Host if nobody else can

lol, an actual fightclub.- count me in, sounds like a funny little venture
Marino.

I forgot to mention yesterday that i didn't want to use upgraded Armor since i thought the fights would last too long .

When i first thought about this Idea i was looking for every possible thing to make the Fights shorter .
I forgot about RES apparantly

Of course, count me in and put me where ever you need me!

This is gonna be FUN!!

Alright I've added everyone so far, if any of you decide to host feel free to send me a PM about it or just post here and I can put you up there as a host.
WhatDoesThePendantDo?

Also pendant your build was off the warrior character- it's sorcerer starting vit.. so 8?
WhatDoesThePendantDo?

Serious_Much wrote:Also pendant your build was off the warrior character- it's sorcerer starting vit.. so 8?

Yeah, I overlooked that detail. Still, the principle applies.
Serious_Much

So basically the build is gonna be SL35 with random amounts of dex, str and end and armour of your choice?

Maybe we should just have a build you have to use (to be fair) and let people do whatever armour they like?
ResIsBestStat


I think we should allow people to use all kind of fist weapons and let them use an extra ring, exceptions are for Wolf Ring and other rings that break the idea.
Marino.

And we won't use Claws since those have the Bleed Effect, and since Bleed Dodgin is impossible without roling which is forbiden they are baned .
And the Dragon Bone Fist ? You'd have to beat Anor Londo for that .
Not really worth it imo.


At first i was thinking that we should just use base level Sorcerer, but then you would have to beat Quelaag at Base Level, and that would be quite dificult . So we added a higher SL .

Marino. wrote:Nope .
No Magic, No Rings .

And we won't use Claws since those have the Bleed Effect, and since Bleed Dodgin is impossible without roling which is forbiden they are baned .
And the Dragon Bone Fist ? You'd have to beat Anor Londo for that .
Not really worth it imo.


At first i was thinking that we should just use base level Sorcerer, but then you would have to beat Quelaag at Base Level, and that would be quite dificult . So we added a higher SL .

Can we at least allow items?
Marino.

GrinTwist wrote:Yes, Ahho and Marino did quite a bit of work with this event. It's best to just thank them for doing the work required to get this event up and running.

Haha!! Thanks for the good words Grin. But honestly I have done little compared to what You and Marino have accomplished. So, truly...Very Nice work you two!

That said...lets all work to make this event a Happening Thing!! I look forward to the up coming FUN!

I don't mind writing a little narrative or story-element intro if it's something you'd like.
Marino.

I wouldn't object to that .
I still have to read the CoF Lore though lol .

What did you have in mind ?
Tolvo

By the way if you guys want I could put an advertisement for this in the Resources thread, I do have a section in there for advertising events.
Sponsored content