I would like to suggest/request that this rule be re-worded.  I recently had a post of mine altered (not censored, but changed) without any indication.  Hence, words that were not mine were presented as mine.  I had used part of a screen name (his full twitch name) to simply refer to the person who posted a video I linked to (the link is still there).  I did not make any allegations, accusations or say anything negative.  And I'm very aware of not only the rule, but the enforcement thereof.  It never occurred to me that using part of his screen name to refer to him in a video he had total control of could possibly be construed as slander (or libel).

I have seen this rule enforced similarly a few times before.  Although, the names were always removed and the post was noted as edited, not presented as the posters original words.  I don't recall any case where the poster meant to slander or flout the rule.  In every case there was confusion as to what was allowed because of the wording of the rule.  I feel the community would be better served to have a rule that accurately reflected what is enforced.

First off; slander refers to spoken word, thus technically doesn't apply to anything written (that would be libel).  Secondly, the burden of proof for slander and libel is very onerous (especially for celebrities; one could argue that a well-known up-loader is an online celebrity).  To cite the rule as it is currently written to alter posts that innocuously refer to screen names (or parts of screen names or twitch names), is basically an accusation of libel and therefore itself potentially libelous.

I fully realize the reason for the rule.  I have seen it suggested that there be a thread with a list of hackers (which would obviously be problematic) but that was the closest I've seen anyone come to truly violating this rule.  I can understand erring on the side of caution and avoiding any potential issues, however.  So I think it would be better to say 'don't use a person's screen name to say anything bad about them' or maybe just 'don't post anyone else's scree name without permission'.  It would avoid confusion about the rule and any ill feelings.  I truly mean this to be constructive.  I hope it's not seen as lashing out in any way.  I just feel very strongly about this and wanted to support my point.  Having a post of mine changed didn't 'set me off' it was just the straw that broke the camel's back. As I said, I've seen people have posts modified and get admonished for violating this rule and feel bad when they had no malicious intent.  In fact, when it came up in a thread a few months ago I suggested changing the rule in that thread.   I just find it unfortunate that people are singled out for rules violations who are technically not in violation of the rules and I don't think it good for the community.  I personally would not have take offense to having a screen name removed from a post.  However, I must say I was upset that my post was changed in a way that was nonsensical and presented as my original, unaltered words.
_________________ 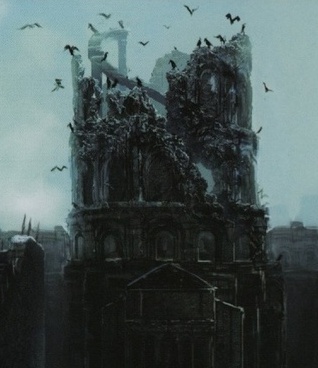 Can you link me to the thread that got altered please?

Actually, this is autocorrect. The poster you are referring to is very much not welcome on our community after he got pissy for being removed from Chatango moderator status for giving his account to a random girl, and plotted along with other people to delete the wiki

No moderator changed your post, it's part of our autocorrect and I do not think it will be changing
_________________
Support the sites. Visit Fextralife, subscribe, comment, contribute.
Content and idea submissions can be sent to me by PM on these forums.
Hugh_G_Johnson

Ok, very well.  I was unaware of that.  That's most unfortunate.  I can understand the reason for that auto-correction.   I just wish there was a way for it to be clear that the post was modified or auto-corrected, so it didn't look like I was a complete moron.

The word filter does not have an option to show a word was altered. I could make it a bit more obvious and change the autocorrect destination to "that moron" or "egotistical wiki vandalizer" but in some ways we have been trying to let bygones be bygones...

Have it autocorrect to Yosemite Sam or Wile E Coyote or Ethan Frome or something ridiculous like that perhaps?
_________________
Possibly (likely) the last crazy/important thing I'll ever do before the move
Tolvo

Or you could go the clever route. Pest, son of Pest.
Serious_Much

In fairness that would go well with the other filter we got skare: James Earl Jones

On side of changing the xbl/psn rules I don't see why. I wouldn't like it if people started throwing my PSN around everywhere without my permission.
_________________

I know I almost never post mine due to the amount of flaming it usually gets sent to my PSN account. People should definitely be allowed to not have their ID's posted without their permission.
Hugh_G_Johnson

To be clear guys, that's exactly what I'm suggesting.  I even said so in the OP:

Hugh_G_Johnson wrote:...So I think it would be better to say 'don't use a person's screen name to say anything bad about them' or maybe just 'don't post anyone else's scree name without permission'...

The point is right now the rule only prohibits slander (libel).  Not only does the wording technically allow for a lot of negativity that would not be considered slander, but it does not match the enforcement.  I think that's a great reason to change a rule.
_________________

I see the logic behind the proposal but the whole concept is subjective.

Not allowing anyone to post PSN IDs of other people without their consent would make many conversations difficult when referring to uploaders. Should I forbid everyone from it, how will people post an exServ or ENB video or refer to it? Not everyone loves all of their work

The reason for the ban on IDs is to prevent "blacklist" - we do not want to mod away discussion, so where would the middle ground be? Allow reasoned discussion is something we should do.
_________________
Support the sites. Visit Fextralife, subscribe, comment, contribute.
Content and idea submissions can be sent to me by PM on these forums.
ChizFreak