got to anor londo earler dropped the bridge and got invaded, just as the second gargoyle turns up im sl 118 on ng+ soo not that easy to kill, what insues is a ten minute running away session from gargoyle and invader resulting in me running turnin swinging running, if the invader could of heard me all he'd hear was RUN AWAAAAAAAAAAY!!!, eventually i killed gargoyle much to the dismay of the invader who then decided role reversal so he spent next 10 mins running away, he killed me in the end just thought this was a rather fun experience, one of the more funnier invasions ive had happen to me, reason i bring it up what would you say your funniest moment through invasions would be?
Quarik

Recently I've been seeing a massive influx of farmers falling off of cliffs in darkroot. It's been grand.
billy_bayonet

ive had one guy back stab in the forest killed me and then did the well what is it gesture....he walkedright of the cliff.....i was like HAAAAAAAAAAAAAA!
Tolvo

Very nice, I think the fact you survived that long on NG+ with a Gargoyle on your *** means you were actually the victor haha.

Yes, I've been between Havel and a Hardplace quite a few times in this game. Recently I invaded a guy in the PW and landed on the bridge, in front of a host with a great shield, I was SL 63. So, he naturally tries to kick, and kick, and kick, but I just DWGR flip right on and survive. Eventually he decides, "Hey, I should hit him!" So he swings his BKGA and I flipped forwards like usual. His axe hit the side and he got the deflected animation, which means you can roll through him for that second. So I suddenly was behind him and pivot BS'ed him, kicking him right off and into the abyss. I waved to him as I watched him vanish, and of course I got Indicted. Remember, you can make it through anything as long as your enemy is an idiot.
billy_bayonet

hahah that is brilliant!!!
Tolvo

I'd say it's more chance that brilliance really. See all I ever do is test out all sorts of different tactics, and if one works I remember that, if it doesn't I remember that as well. It's kind of like having a bunch of monkeys on typewriters eventually making works of art really. I can't tell you how long it took for me to find a counter to the bridge kickers haha.
billy_bayonet

I asked the spawn camper, "To be, or not to be." He answered not.
billy_bayonet

lols if only you could hold the skull lantern up with it facing you.......
Heroez Blade

1st of all I hate when people invade me when i am facing actual enemies. I would have to say my funniest invasion was when i invaded this kid and his phantom and we just started hitting each other with our fists. They gave me a crap load of items and they both rolled off a ledge in the end. so i guess i got lucky there.
billy_bayonet

what i hate is when an enemy rushing through the level and stands in a cluster of enemies, but that just another tactic if we was actually in the game for real youd do whateva it takes to not get killed, soo cant blame them for it but cant condone them eitha, i just thought it was funny
FruitPunchNinja

eh invaders need pretty much every advantage they can get but if i invade and i see its just someone solo and they are struggling to kill an enemy i dont attack i just wait. a lot of the time they end up getting killed by the mobs. i still feel bad lol
billy_bayonet

i had another laughable moment just now was in the demon ruins running down to firesage, get invaded so i turn around and head top of the stairs not knowing i had entered the agro zone for the tauras invader comes we bow fight insues, next thing i know im getting hammered by the taurus so i leg it away only to be face to face with 2 capra demons, sooo now i have 2 capras 1 taurus and one highly amused invader....who kinda just ran around me in circles without attacking while i was being destroyed by the 3 enemies so i spammed wog 3casts of that and the demons were dead, invaders response backstab followed by well what is it gester......only i didnt die i got up and kicked him off the edge, sent him a message saying THIS IS SPARTAAAAA.....i lolled all the way back to bonfire
Glutebrah 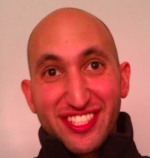 my best invasion ever was in invaded New Londo Ruins, and i see 2 sunbros and host right across the first narrow bridge. sun bros make charge at me, host falls off ledge. both sunbros shrug and i bow.
billy_bayonet

I invaded the same person three times in a row in the demon ruins. First time, I notice that all of the enemies are not in the correct places, but none of them are moving or attacking. I look around and don't see the target anywhere. So I assume he must be down by the bonfire hiding. I run down there and see an out of place demon on the ledge. I had been paying attention and all of the demons were accounted for, clearly this must be a chameleon. I take a swing and expect a battle to ensue. The demon shatters, but I don't see anyone there. I am now supere confused. All of the sudden the enemies on the stairs start attacking something, then the taurus demon at the bottom does as well. Then they all stop. I have not idea what just happened, but I start down that way. Can't find the target. Then all the enemies on the stairs start attacking in sequence again, and then nothing. I head back up. I start to think that maybe there is a glitch and I can't see or attack the target. Finally, I catch a brief gimpse of him/her and realize they must be using the fog ring. First time I had come accross it actually being used. So, I spent about 15 minutes total trying to find them and then another 5 minutes chasing them back and forth up and down the stairs trying to hit them. Not once did they try to hit me. Just kept running back and forth.

Same thing happened each time I invaded, but at least on the repeats I knew what was going on. Good times.
Sponsored content

» You people rock!
» Havel the Rock
» The Unbreakable Rock
» Havel The Rock is actually pretty good at PvP
» Dragon/Rock Build