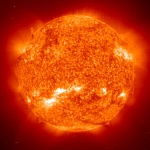 I love patches in demon's. He is my favorite npc lol. Without him I wouldn't have cheap arrows lol.

When mephistophles told me to kill him the first time i teared up a bit lol. Post your thoughts on patches and how amazing he is or how sucky he is
_________________
Proud Member of The Noble Knights 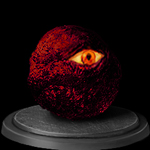 BoilerFan8472 wrote:How could you do that to him. He's just trying to make a living. it's not like he puts in any real danger.

PSN: Helmethed, add me if you wish to duel.
WhatDoesThePendantDo?

I'm unique in that I'm neutral on Trusty Ol' Patches, he really doesn't bother, but I'm also not in love with him by any means.

The only time he got to me, was on my first playthough when I picked a Cleric starting class, and he asked me if I was one, I answered truthfully and he became hostile.

I thought it was incredibly rude to be shoved off a cliff and then attacked on site for doing nothing but hearing him talk about his "shinys," I felt an apology was warranted.
_________________

He hates Clerics because they don't approve of his lifestyle. he's also a ladies man, he shoves you down there to save Rhea not kill you and loot you duh.

ummmm, he uses his wits to kill people not his strength, and yes he kicked you from the ledge to loot you not to save rhea, he didin't kill you because he knew he would be F***ed if he tried
_________________
"You never truly discover the nature of a weapon until you pretend to be it's former master"

Every time I see the guy, I think to myself "curse you for selling shards of archstone and easily accessible arrows! If it weren't for these then I would never let you back to the Nexus!"
_________________