You are not connected. Please login or register
+2
nsane32
JY4answer
6 posters 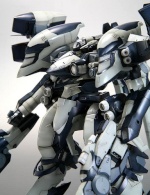 WALL OF TEXT AHEAD

A lot of gamers can feel the desire for games to have cross-platform gaming, so that they can have fun with their friends that happened to get the same game on a different console. Surely they must be able to make that happen. Surely. Portal 2 had cross-platform between PS3 and PC. Surely the 360 and PS3, or at least the 360 and PC, both by Microsoft, should be able to do the same. But it’s just not going to happen. Reason? Simple: profit. When a business student is telling you that companies are doing something (or not) for a profit, trust me, they’re making a profit. AND I’m Asian. Of course, I’m not going to just say that and expect you to believe it.

The gaming industry is big. It has grown at a horrendous speed for the last 2 decades, and it’s not slowing down. Companies make so much money out of the industry Bill Gates wanted a share of it. He got it alright. In the last decade the X-box and Playstation franchises has had so much competition they’re like Shell and BP. So why doesn’t Microsoft and Sony create a platform together and become a monopoly, besides the fact that both want to win over the other?


Imagine this. Not a lot of people have both the PS3 and the 360. So when a new game comes out they basically get the copy for their console. Sometimes, though, every other gaming fanatic would have both consoles. And if you go ask them, some of them might have copies of the same game for both consoles. Selling 2 copies of the same game, at the cost of the box and the disk, this would be roughly a US dollar or 2. I’m not one of these gamers, but trust me, they’re out there. And then there are these gamers that see all their friends or simply more players on the other console playing a very popular online game, say our beloved Dark Souls. Some of these just might get the other copy as well. Some might even get the second console just for the game, as some of us have seen on the forums. It might not seem like a lot of money, but when one in a hundred thousand do this, you’ll have 30 thousand extra copies or sometimes even consoles sold just in the States, just because there’s a different console. That’s a lot of money.

Reason number 2. The employees don’t want that. By getting rid of a console franchise and making a new one together, employees like marketers and engineers will become redundant. One console doesn’t need 2 teams to advertise it, nor do they need 2 teams to innovate one console. Employees know this, and would be subtly or expressively against any motion that suggests a partnership between Sony and Microsoft. Besides, the war between consoles on the media? It might seem like competition between the two, but it’s actually working magically as advertisement for both. Competition may mean less profit for each side, but it makes a lot more for the entire industry.

So see, guys? They’re not going to give up the chance to reap that much profit. Not in a million years. The employees don’t want to lose their jobs, either. The only time when any company will be willing to do this is when one console is falling way behind, and wants to get back into the action. Even then, the dominating company won’t want that, as they are in the winning position. The losing side would have to pay up or give up something in order to convince the winner, and even then the winner would still be in a great spot, if not better. When that happens, there will be no competition, which means there is little reason for them to make better, newer consoles anymore. We don’t want that now do we?

So not only is it not going to happen, we don’t want it to happen either. My two copper coins. By the way, if you farm at the Kiln or forest, be ready to face my wrath. Also, go check out the thread on Fun cosplaying PvP event in the PvP board. - JY
nsane32

Next you're gonna tell me there's no such thing as Batman.
JY4answer

sids09 wrote:Next you're gonna tell me there's no such thing as Batman.

LOLed. But sorry man. Reality sucks sometimes. that's why we enjoy escaping it and diving into created ones like Dark Souls.
Maneater_Mildred

I was reading last nite about the ps vita and they are talking about "cross platform gaming" between the ps3 and the vita, ie. You can play wipeout on your vita with a friend whos playing it on his ps3. Is this the begining of cross plat gaming.... Or just a sony gimmick?
Kyubi-Nick 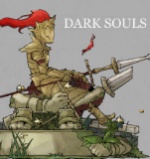 Maneater_Mildred wrote:I know your talking about ps & xbox but.....

I was reading last nite about the ps vita and they are talking about "cross platform gaming" between the ps3 and the vita, ie. You can play wipeout on your vita with a friend whos playing it on his ps3. Is this the begining of cross plat gaming.... Or just a sony gimmick?

Microsoft has similar things with their Games for Windows and the 360, I think. I know Blazblue: Calamity Trigger's PC port has online compatibility with the 360 version.
sids09

sids09 wrote:Next you're gonna tell me there's no such thing as Batman.

LOLed. But sorry man. Reality sucks sometimes. that's why we enjoy escaping it and diving into created ones like Dark Souls.

Think about what you just said for a minute. Dark souls is *** depressing.

Is this the begining of cross plat gaming.... Or just a sony gimmick?

It's the new Sony business model. They want everything they make to be supremely inter-connectable, starting with Vita/ps3, extending to their TVs, blu-ray devices, computers, and now that they bought Erickson straight-up, their phones as well. They probably still have no reason to play nice with Microsoft or Apple, though.
User

Maneater_Mildred wrote:I know your talking about ps & xbox but.....

I was reading last nite about the ps vita and they are talking about "cross platform gaming" between the ps3 and the vita, ie. You can play wipeout on your vita with a friend whos playing it on his ps3. Is this the begining of cross plat gaming.... Or just a sony gimmick?

Nintendo has already done something familiar. have you heard of the game-boys and the Game Cube? these two could play games together in certain times. I never had a game Cube, but I had a cousin that did. You can play Pokemon on both platforms, if I remember correctly (that would be weird... I never tried).
JY4answer

If its within their own franchise (PS, Microsoft, Nintendo), then it would, of course, benefit them from having cross-device gaming. It's when its similar consoles/devices, then the similar market cannibalism kicks in.
Sponsored content

» DIBSVILLE! YOU WONT GET AWAY WITH THIS!!!!!
» Most Populated Platform?
» Mysterious platform + item
» Invisible platform at the upper bell?
» Am wont for Hammers SL 40