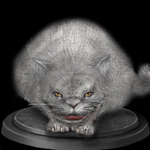 I just bought a PS3 and demon souls. Is ther a prefered class that most start with. Like the Thief class in Dsk has the master key? anything like that? any weapons and armor i should keep on the look out for?
_________________
XBLive GT - isthefridge

There r no starting gifts in demons. What you need to look out for is world tendency, pure white or pure black. You will find rare weapons and armor under these conditions. How do you achieve PW or PW? Well finding that out is half the fun.


If you find yourself in a fair fight, your tactics suck.
Gazman0169

The Priest is a good starter class, as you get a Talisman of God and the Heal miracle straight off, and believe me you'll need both before you even set foot out of the tutorial levels.

If you're on the EU server, if the server is still up and running mind, I'll fire up one of my old toons to see if we can hook-up online for a sparring and/or a co-op session if you like, just let me know.

Anyway, take a look here- http://demonssouls.wikidot.com/classes to find out more about each class.

For me personally the Royal is the best class, simply because it has the lowest starting SL, and arguably some of the best magical equipment in the game.
cloudyeki

Props to BindMind for the sig!
Azran

Royal is a good class, since they start at LVL1. Magic trivializes Demon's Souls, though. Be aware of that.

The World Tendencies are a crappy mechanic which is complicated yet never explained. It alters the drops, health and damage of the enemies, basically.
_________________
PSN: Azran-

Proper story’s supposed to start at the beginning. Ain’t so simple with this one. Now here’s a kid whose whole world got all twisted, leaving him stranded on a rock in the sky.
cloudyeki

As well as special events. You can only get certain things and fight certain NPCs on either pure black or pure white worlds
_________________

Props to BindMind for the sig!
Azran

cloudyeki wrote:As well as special events. You can only get certain things and fight certain NPCs on either pure black or pure white worlds

Proper story’s supposed to start at the beginning. Ain’t so simple with this one. Now here’s a kid whose whole world got all twisted, leaving him stranded on a rock in the sky.
isthefridge

Best starting class is the Royal. It has the lowest starting SL and begins the game with some magic and a mana regeneration ring allowing continuous casts of said magic. This makes nearly the first half of the game a cakewalk, since you just kite enemies by spamming spells without putting yourself into danger and never having to worry about running out of mana. Many, myself included, say that this makes the game too easy and detracts from the experience, and don't recommend it for a first run.

The second best is the Temple Knight. Similar to the priest, it starts with a talisman and a healing miracle. However, it also starts with armor that competes with high-end armor found later in the game and a Halberd. It has the capability to take the most punishment out of any of the starting classes, as well as giving a strong and long-ranged melee weapon. It's not as safe as the spell spamming of the Royal, but it allows you to take much, much more punishment for mistakes and eases the learning curve of the game. This is what I recommend to most players for a first playthrough because it doesn't trivialize the early parts of the game, but is the most forgiving when you make mistakes.

"To be concerned about being grown up, to admire the grown up because it is grown up, to blush at the suspicion of being childish; these things are the marks of childhood and adolescence. When I became a man I put away childish things, including the fear of childishness and the desire to be very grown up." ~C.S. Lewis
FruitPunchNinja

Picking Royal and going for the Falchion is just like picking bandit/warrior and going for the drake sword. I say if you have played Dark Souls, just pick what you think you would like and do a blind playthrough. Dont look stuff up on you tube, or ask to many questions in the forums. You will enjoy it a lot more, trust me.
Sponsored content