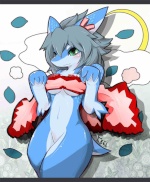 In pvp I mainly try to be creative and put a dgree of honour or blance into mu build HOWEVER in my honest opinion ifeel like if you limit what a person is allowed to build and create then it makes the experience feel less CREATIVE and less like an actaul RPG, now I'm not saying LuLz Go AhEAd and make a TwOP BackStab build and think your good (I'm honourable but if someone wants to make a unique build then let them but if its made with full giants ninja flip ring hornet oneshot backstabbing then that doesn't make you good it just means you aren't improving skill wise, let there be rage.
BLA1NE

First: creating a topic about honor is a bad idea. They are prone to turning ugly.

Now, my opinion: the whole reason I try to play honorably, is actually to ENCOURAGE creativity. By not using OP gear, spells, and tactics, I allow my opponents not to have to rely on those themselves. The reason why everyone uses the same builds is because most people are forced to, otherwise they wouldn't be able to compete. The idea behind not using that gear is that your opponent won't be reduced to wearing it too. But if they want to, I don't mind. I do what I want, they can do what they want.
cloudyeki

Aye, I enjoy when I find someone using bizarre builds, like the naked weapon master I fought against while I was still trying to figure out where the *** I was going with my build.

First time I ever saw an off-hand spear and off-hand halberd, as well as the butcher's knife and PGS, all at once too. That guy murdered my face off and I laughed because I thought I had the halberd advantage with my +15 gargoyle halberd.
Jansports

It's fundamentally a disagreement about "what is fun" to different players.

To yourself and many others it is not fun using and seeing the same armor set on literally everyone (giantmom) But if you want to *win* above all else giant moms is pretty much the way to go. DWGR gives you enough burden to comfortably use Giantmoms and your weapon loadout without END gouging.

I don't just back stab. I'll chainBS. I bring 15 casts of WoG to the forest. I don't just use hornets I use RTSR and Hornets.

While you might say I'm not improving by literally one shotting people all over dukes or new londo, or by Flipping Giantmom dueling in the Kiln. I would say you have already resigned yourself to loss. You have chosen sub-optimal armor for something as needlessly vain as aesthetics.

Being creative and unique is fun? I scoff at this notion. Winning is fun. Invading a 1v3 in anor londo and sinking three people's dreamships all at once is fun. Getting invaded and leading the Dorkmoon on a wild goose chase till his buff is off is fun.

I take great and serious offence that you would state my skills are not improving. When I invade hyper mode active I can be one shot by basically anything, and in turn over time I've become quite adept at getting hit zero times.
BLA1NE

Winning for the sake of it gets tiresome. I don't know how long you've been PvPing, but I've gotten over the thrill of winning a long time ago. When winning is not only not fun anymore, but entirely expected, then it's time to ditch OP gear and tactics and go for originality instead. I still win most of the time, and now I do it in style too. Suddenly, winning is fun again!

I actually do carry 15 WoGs when I go into the forest. But the forest is not a normal place.

To me winning cannot become tiresome. Winning is what there is.

Now There isn't just one way to win, you don't need an elemental rapier and Giantmom to win. Maybe it's MLGS and giantmom. Maybe we're at sl40 and I feel like a vit gouged DS build is most appropriate. Maybe I'm hurling balls of fire and swinging a scythe around, or poise tanking while Leo Rining r2ing with the BSS.

It's only natural that different builds and tactics get employed, but everything in a build has a purpose. Would you level Res to 40 for a 120 build? Probably not no one pumps Res as it's predominantly useless. If you're under 25% burden without it would you wear havel's ring? You probably have some other ring on that helps you in some way right?
WyrmHero

^I agree with that. I make my builds as creative as possible but they are always min/maxed to the hell and always have the purpose to win the fight.
IV_Mark_VI

I agree, winning is everything. That is why me and 2 of my friends wait in the forest all with Giants gear and MoM.

I win all the time.
WyrmHero

^I love winning against those.

It's not life and death for me. I honestly don't know how some people can get so rabid about their results in a game, especially a game that has no official leaderboard. I scoff at that notion.

That said, I'm all about creative builds. If I beat a Giant/MoM user with Brigand armor then it's all the sweeter.
Kiva the wanderer

I once seen a person using a painting guardian build , it had duel guardian swords and no poise The person using it got such a sweet win on me in the first duel, parried my *** hard even peeve would scream.
reim0027

I ran into someone like that in Anor, when I was invading. He went flippety-flop and killed me dead. Very satisfying loss. I'll take that one over any other losses.
Kiva the wanderer

I know ninja houswifes are a very rare and a unique find and thye possess great quantitys of skill and social superiority.
ssss_2_is_pwnage

Whats the comparison here? There is no creativity in the pathetic noob tactics, and there is nothing in the idea of honor against using creative and optimal tactics to win a match. I don't really see the idea behind this thread.
Sponsored content