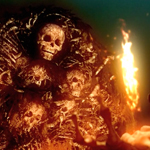 I need some help with my character! I have a SL123 Wanderer, builded by now for close combat 1H Weapon & Med Shield\ 2H Weapon and Medium\Heavy Armor with use of Ring Of Favor And Protection and Havel's when needed so i can run and roll like normal. My stats are:
Vit: 40
Att: 12
End: 36
Str: 40
Dex: 30
Res: 12
Int: 20
Fai: 16
I'm currently on NG+ just after finishing Anor Londo.
I want to become a Knight Sorcerer or something like that! I already use Catalyst and 2 Sorceries, but they aren't so powerfull...I want to know how to put my stats from now on to become a good Sorcerer and maintain and raise my Knight\Wanderer type strenghts!
Maneater_Mildred

Understood!
Also, how can I swing my sword faster? It's depending on the sword or Dex maybe?
billy_bayonet

Yes, each weapon has its own moves and speed.

What weapon are you using? maybe we can find you something faster that will work well with your stats.
FirstOfTheDead

I'm using Black Knight Sword +5, Black Knight Greatsword +5 from time to time when i want to kill faster slow enemies...I plan to upgarde Gravelord Sword and Great Lord Greatsword, to see if they do better damage than the others!
AnCapaillMor

BK swords are pretty slow, don't even attempt the R2's. BK swords are good but the stats modifiers on tem aren't the best. Gravelord sword is nice but can be predictable and like the bk weapons the stats scaling is piss poor.

With 40/30 in dex\str i'd consider giving the claymore a go, might not be as powerful as some of the greatswords but it's moveset sets is pretty good and its a hell of alot quicker with some nice combo's. Also with 20 int you could buff a +15 with great magic weapon. Plis it only weighs 6.
Nybbles

it depends on what your desired level cap is but i would take that build and push it into a quality artorias build.

10 more points into dexterity and 4 more points into faith. menu swap between the abyssal greatsword and gough's greatbow. use the cleansing greatshield because its less than 100 percent physical block pairs well with karmic justice. wear the artorias armor set with havel's ring and menu swap the wolf ring for the red tearstone ring as needed.

after that you can put a few more points into attunement and push either faith or intelligence depending on what castings you want to use. this would probably take you to at least level 150 though
FirstOfTheDead

Interesting! But i have some problems...In may first PT I accidentaly killed Domhnall so I couldn't buy Artorias Set, Now I have him but I must kill Artie again witch I'll do to the end of the game likely...And I have the Abyss Greatsword, unupgraded, but I don't believe that even upgraded it would do at least the damage I do now with BKS+5...I also noticed that Great Lord Greatsword it's speedy for it's name and has some damage too...but low scaling, the same goes with Gravelord too I think...
Dusk Soul 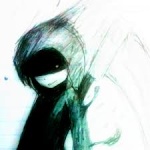 Which catalist are you using? Until Int 27 (or 28) the best catalyst you can use is the Oolacile Ivory catalyst. For that int you can also get Dark Bead which is awesome, though you do need to defeat Artorias to get.
FirstOfTheDead

Sadly, I had those, but I selled them...so now I have Sorcerer Catalyst...the basic I think....The Catalyst dictates how much damage I do with my spell?
Dusk Soul

Yes, all catalyst have a magic adjustment (talismans too for that matter) that directly affect the strength of your spells, here is a handy chart that tells you which is the best for your Int level.
Magic Stat Adjustment Chart.
FirstOfTheDead

Got it! Now until I find a better Catalyst than my own I'll farm some Souls to lvl-up and put points in my ststs!

But what about the melee weapon? What is the best...one that do more damage or at least not to far below the BKS+5 stats but it's faster?
Animaaal

Well, a couple stats are a little under optimized, so forgive me. This build is what I would do if I were you, according to my playstyle, and with the whole kicka$$ Knight Mage theme. 8)

-The Demon's Spear works great with your stats.

-24 int for HCSM. You'll only get 3 i think, but you use them for a distraction primarily.

-The Mask of the Sealer and Balder Armor look awesome, just awesome.

-You could use Havel's Ring for more def and poise, but the DS doesn't require much poise, and I'd switch the DS out for a Barbed Straight Sword or Broadsword. Just buff with lightning or a sorcery.

-Dark Bead at 24 int with the Oolacile Cat (yes, you need another or use Darkhand and something else) and the BDCR are nothing to scoff at. But you will not be a mage power house. However, the combination of the builds offensive capabilities would be fun, fit your theme, and be decently competitive.

-The Faith is just a waste you'll have to accept it and move on. You coulda put those points into vitality and gainded 100 hp or so, but its a small mistake and doesn't necessarily ruin your build imo. I'd still play it. HOWEVER, you could use replenishment and TWoP if you change the build a little.

I like "forest mages", so this is what I would do.

May the force be with you.

FirstOfTheDead wrote:Got it! Now until I find a better Catalyst than my own I'll farm some Souls to lvl-up and put points in my ststs!

But what about the melee weapon? What is the best...one that do more damage or at least not to far below the BKS+5 stats but it's faster?

i believe the Great Lord Greatsword will hit harder than the BKS. it has really good stun-locking and its heavy attack will hammer your opponent into the ground like a tent peg, if you can land it.

the Gravelord Sword would be pure awesome if it wasn't for it's E/E scaling but it's still an excellent weapon for lower level builds. it has good stun-lock and it's also the only curved sword with a thrusting attack. i wouldn't use it on your build unless you want to take advantage of its toxic effect.

the Abyss Greatsword will hit the hardest out of all of them, thanks to it's C/C and humanity scaling (need 10 humanity to get the most out of it).

another weapon i would consider is the Murakumo. it is very similar to the Gravelord Sword but it has longer reach and can do a devastating amount of damage on a 40/40 build, though its E scaling in strength means it's a better to use it on 28/40 build (fewer wasted levels).

you might also want to try out some of the halberd class weapons as well. they are all very good quality build weapons.

Edit: the greatsword used to be much faster but they were hit with the nerf hammer in a previous patch so they are all probably going to be slower than what you are looking for. if you want a faster weapon, i would look at using one of straight swords, you can always equip one in your second weapon slot or menu swap.
FirstOfTheDead

Can someone explain please the scaling system? I mean C/C E/E...? I don't understand what they mean and what they do!
Animaaal

The only thing they do is give your stat a letter grade. From best to worst: S/A/B/C/D/E.

The better the letter, the better return you get.

For instance, a player would deal more damage with a S rating in dexterity, if they had 40 dexterity. If that player had 10 dexterity, they wouldn't see much damage, and vise-versa with the letter grade.

Some weapons have multiple scaling. Like C/C (strength and dexterity) and is something your build would benefit from with your current stats. Examples of some weapons would be:

i don't know the math, but i do know that the scaling is rated from S to E with E being the lowest.

essentially, having high stats will improve the attack rating of the weapon you have equipped, the higher the weapons scaling is, the greater the bonus will be.

weapons with very poor scaling (E) see very small benefit with very high diminishing returns upon your investment in the relevant stat. so it's practically a wasted effort to increase a stat beyond what is needed to wield the weapon.

Now I get it! Thanks guys! Then I should upgrade my Abyss Greatsword or Great Lord Greatsword? And for Sorceries improve INT!
FirstOfTheDead

I changed some stats since last time I posted:
Vit: 40
Att: 12
End: 40
Str: 40
Dex: 35
Res: 12
Int: 25
Fai: 20
Now there are problems...I killed almost all the titanite demons by now...and I don't have Demon titanite to upgrade my weapons..neither Great Lord Greatsword or Abyss Greatsword...I mostly 2 or 3 hit any enemy in the game with 2h Black Knight Greatsword, but it weighty and I can't block, witch is **** and it kills me a number of times...I use also Black Knight Shield and Black Knight Sword, but it's not fast enough and also the damage is lower and I end up killed or running to refill HP or Stamina...What I can use? What weapon, prefferably buffable I can use? I also want to mention that I own Divine Grgoyle Halberd +10, Fire Gargoyle Tail Axe +10, Enchanted Falchion +5, Queelaag Furysword +5, Dragon King Greataxe +2, Gravelord Sword +5,...none of them are more powerfull than 2h Black Knight Greatsword or Black Knight Sword..witch are kinda lame...not buffable and now that I'm on NG+ they become "rusted"....What can I do...? I'm dying because I don't have the damage....
Sponsored content