Is my build doomed? 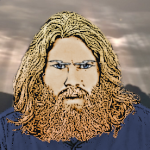 I think replenishment is a good pre-buff for pvp, and okay for boss fights, though I do think it is under appreciated by many people.

Ask yourself: Do your PVP/Boss encounters last 60 seconds or more sometimes? Do you take damage in the first 10 - 20 seconds of these encounters? Would you like 400 - 500 more HP during those encounters? Are you willing to forgo using a green blossom or other body buff for the possibility of having said extra HP? If you answered yes then Replenishment is the pre-buff for you!

To clarify Replenishment regenerates 10 HP/sec for 60 seconds. So if you're at full HP when you cast it you're not getting any benefit until you take damage. As I said earlier though, if you take damage in the first 10 - 20 seconds after casting Replenishment you're looking at 400 - 500 HP regained for the rest of the spell's duration. That is if you survive that long.

For PVE it's usually easy enough to just back off and sip some Sunny-D, so not that useful. For PVP on the other hand healing is either not an option (frowned upon in duels) or risky (in other encounters), so Replenishment shines as a way to boost your total HP beyond what is possible by other means. It can end up being useless in some encounters, and you may have to adjust your play-style to take advantage of it's benefits. For example trying to trade hits with your enemy early on, then playing more passively, unless your HP gets topped off then going aggressive again.

Greater Magic Barrier is a viable alternative. If your opponent doesn't have any ability to deal magic damage though, you've wasted a spell slot. Other than that pretty much WoG.  Force can be used to stun if you don't want to go into another NG+ to get another copy of WoG, or if you simply wish to save your WoG casts for the time being. Attuning another copy of WoG is usually a better use of the spell slot if you have the option though. Emit Force is slow to cast and therefore easily dodged, but it can be useful in narrow corridors and such. Then there's the Sword Dances which I mentioned earlier in the thread.
_________________

Soul of Stray Demon wrote:And I have no clue what you mean by a solid 60-70 more AR. When your highest damage stat, is still low, that extra AR, doesn't mean all that much.

yet in all your examples the divine weapon has 60-70 more magical AR than the chaos has fire AR. still no clue? and contrary to your belief between a 250/300 split and a 190/360 split is a huge difference. not if you test it against a defenseless hollow of course, but in pvp practice you will notice quite the difference.

Well, if we're talking about PvP that's different, but in PvE, fire is more effective against a lot of enemies..

And I had actually meant total AR,, you're right though, in a PvP fight, players will probably have a good deal more fire defense then magic defense, unless they are protecting against fire. So the extra AR helps even more.
_________________ 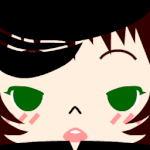 If I wanted to have a good weapon on-hand to take advantage of the Darkmoon Blade miracle, what'd be a good option? Obviously something at +15... Would it really matter too much? Or should I prettymuch just pick a rather quick weapon that I can wield with the stats I have?
AnCapaillMor

XBOX: I'll give you 2 guesses
Soul of Stray Demon

AnCapaillMor wrote:With 24 str, a claymore would be pretty beastly with dmb, relatively quick, or go all out and dmb a a zweihander, slow but packs a punch.

If you're going to be getting most of your damage off your buff, you want to use a faster weapon for more hits.

The Zwei would beat the clay in regards of range, but when your buff is going to be the main damage dealer, then you want to go with something like a spear or straight sword instead. You'll get 474.6 magic AR, added to each swing, regardless the weapon.

And if your buff runs out, it's by far much better to switch a divine version of the weapon rather then to keep using the +15. The magic damage alone can sometimes top the physical damage of a +15 with min stats.

elliegray wrote:If I wanted to have a good weapon on-hand to take advantage of the Darkmoon Blade miracle, what'd be a good option?  Obviously something at +15...  Would it really matter too much?  Or should I prettymuch just pick a rather quick weapon that I can wield with the stats I have?

If you still have 24 Str and 13 Dex then a weapon that scales with strength would get you the best dps, especially when 2-handed. A Reinforced Club or a Mace would be relatively fast, as far as strength scaling weapons go. Alternately a Man-Serpent GS or a Claymore would have better dps but be slower. Move-sets shouldn't be ignored though, so I wouldn't rule out quality or dex weapons.  In fact a good choice would be a Long Sword or Sunlight Straight Sword imo.
_________________