You are not connected. Please login or register
+3
befowler
jaythibodeau
retro
7 posters

It seems that they've disappeared once again, leaving one 'perma' location in the Darkroot Forest: 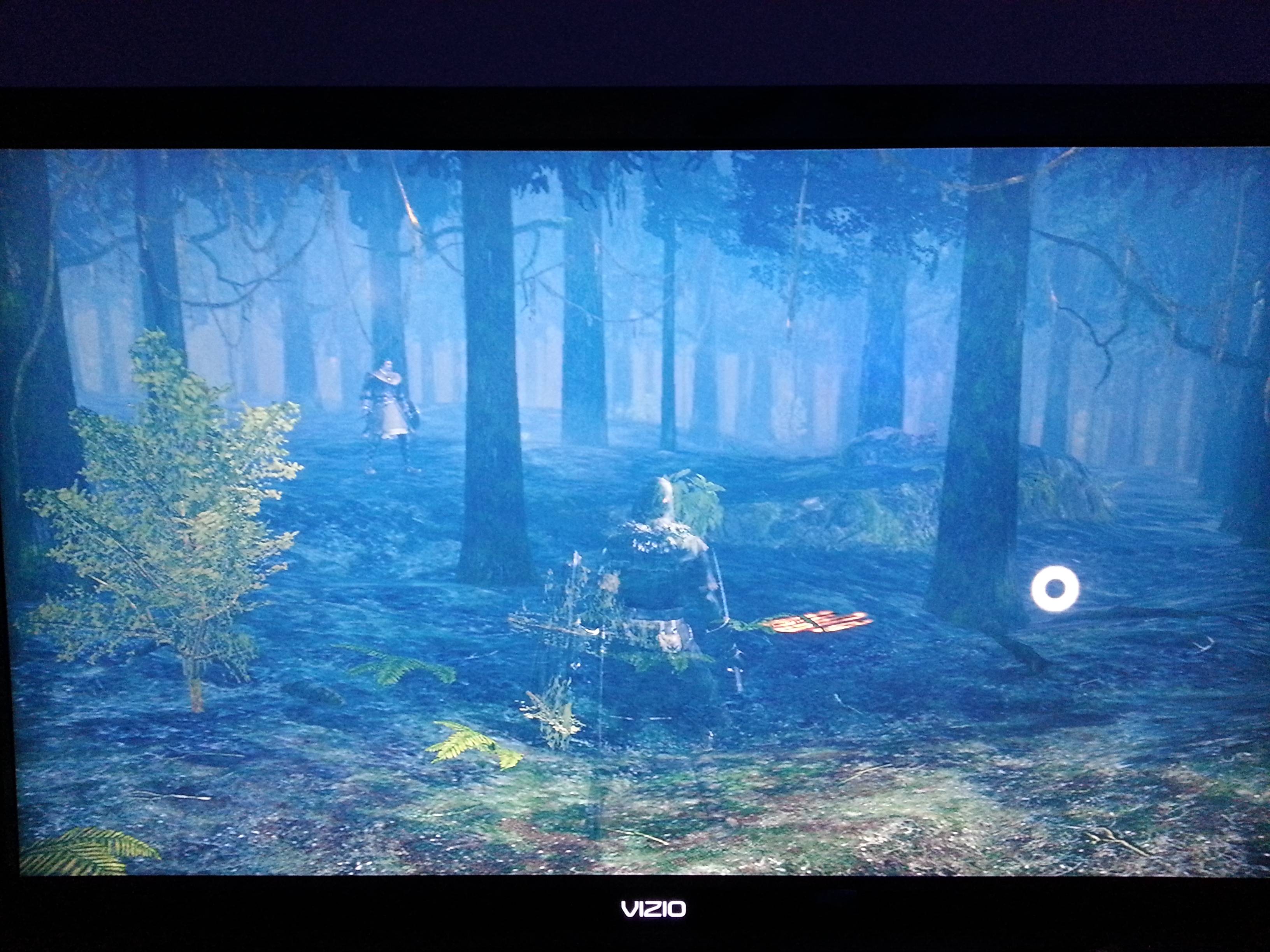 Is anyone on PS3 currently finding any resonance signs other than the exact spot seen in the picture?

I fear this is just like when resonance was broken during patch 1.05, and we had two 'perma' signs in the catacombs. It seems that other players are creating and sending out resonance signs, but they teleport to only one or two fixed locations instead of where they're supposed to be.
jaythibodeau

I can confirm that the Resonance Ring in the picture is the only one that I can seem to find. Any idea as to when this started?
befowler

I haven't seen any in the DLC areas or Anor Londo in days, maybe a week.
retro

jaythibodeau wrote:I can confirm that the Resonance Ring in the picture is the only one that I can seem to find. Any idea as to when this started?

Now that I think about, I wasn't seeing any resonance rings when I was doing some more Vagrant testing-- and that was back on Oct 24th. Could be coincidence or I may be misremembering, but it seems possible this could be almost a couple weeks old.

If any twitch streamers have logged video of online gameplay within the last couple weeks, that could help...
reim0027

Does it have to do with less people playing this game?
Green__Eagle

After I went back online after doing my Unpatched playthrough I had to apply a new patch from PSN. I bet it broke then and I don't think From Software will give us another patch for the game.

How about the Xbox or PC players? Do they still see the rings?

I started the Unpatched playthrough on Sept. 22nd and finished it on Oct. 15th. Somewhere in there we lost it.
PyroElleh

I've seen them behaving normally on PC. One for sure in Anor Londo three days ago. I have not paid attention on my last couple of short sessions.

So unless something has happened in just a couple days..... it would appear to be platform-specific.

I'm doing my first play through in a long time, and it's the only one I've seen the whole time. It's been there since I first stepped into the forest too.
Green__Eagle

Is there a way to test to see if the rings are there, but invisible? I suppose it would take two friends who are each a faith guy. One would cast a miracle and his friend (not in the same game) at the same spot would cast the miracle and try to judge if the miracle was boosted.

Then, there could be a time delay, too, as the ring is recognized and generated.
retro

I believe they're completely gone and not just invisible.

To test this, you can run around with a miracle like Force, Heal, or WoG equipped and watch to see if you get the boost icon (easier to see if you don't have your talisman equipped and the miracle is greyed-out in the HUD). There used to be lots of resonance rings in the Burg PvP spot when it worked. If you stand there now and watch "Force" in your HUD for a while, it seems you won't ever see the boost indication pop up. The boost indication itself still works, but not the resonance rings, so no indication means they're truly not there.

Testing miracle resonance rings with a partner can be tricky, though! I tried to do some testing and couldn't really figure it out. I wanted to know the exact mechanics (if there's a level range, which miracles exactly are capable of spawning the rings, what kind of a delay it has)... but what resulted was inconsistent and difficult to decipher. It felt like sometimes it worked, sometimes it didn't. I had some more ideas for maybe improving my testing, but I can't do that now. :p
Sponsored content

» Which do you think is more broken?
» Miracle : SB
» dark miracle?
» Broken Char?
» No Broken Pendant