Even though it was to grief, it has become more of a challenge to make the most OP possible lvl 1 character. Surprisingly, after invading the world of a bunch of noobs and a few pros who were doing low level runs it really isn't that exciting to invade. So Now I've become more interesting in messing with his gear.

In the off hand I'm either using the parry dagger, wooden shield, or my +5 ascended pyromancy. Thankfully parry dagger still parries even without the correct stats.

From there I was wondering if anyone had interesting ideas for weapons or armors to use. I was personally thinking of building an elemental crossbow as well, and messing around with different armors.
Forum Pirate

Dude seriously. Try asking the same question but with a little more finesse, this forum isn't exactly griefer friendly in case you haven't noticed, and you obviously haven't lol
FruitPunchNinja

sometimes i think people forget that sl1 invaders have to invade higher levels(and almost always do). killing someone who just got the game isnt even fun but fighting at low level can be. i personally think for a sl1 a maxxed out pyro glove and +10 fire battle axe or +5 lightning battle axe is best. having a +5 chaos dagger for parrys doesnt hurt.
meridam99

While I believe I and the rest of the moderators and site admins try to be ambivalent towards grievers, and just try to keep a happy community and you do have the right to post what you want, you might want to come at it from a different angle. This forum community (and it is a community as anyone of us would stick up for another) has a general distaste for grievers, specifically creating Toons to battle grievers, and creating threads on the forum regarding just that.

Again, while on the site you can post your opinions, thoughts, actions, and ideas, you must also understand there is quite a possibility that people may not agree with you and take action. Every action has an equal and opposite reaction.
Buggy Virus

Like I said in my main post, I don't really use it to invade anymore. I built it originally for just doing a level 1 run, and then I ended up with this level 1 character with maxed out gear and I thought, "Meh, I'll invade a few noobs and see what is up." But after about 20 or so invasion it became very dull in general.

Now at this point I'm working more on making it into a lvl 1 glass cannon and going onto NG+ with a lvl 1 character. Maybe even using it as a super anti-griefing character.

But yeah, I know griefing isn't popular at all. I admit I'm a griefer, but mostly when I say that it is because I have a lvl 40 which I PvP with, although even that character doesn't use any really unfair spells or weapons. It's more, lvl 40 Pvp.

P.S. already seem unpopular enough due to being an advocate for bringing mods to PC, the rep system doesn't work great when people actually get into a debate where they disagree. It work fine for other parts of the forum where people discuss or help each other, but on topics of contention it is tough.
meridam99

Buggy Virus wrote:P.S. already seem unpopular enough due to being an advocate for bringing mods to PC, the rep system doesn't work great when people actually get into a debate where they disagree. It work fine for other parts of the forum where people discuss or help each other, but on topics of contention it is tough.

The site and forum rules specifically prohibit the detailing and Dissemination of mod and glitch how-to, that is why there was a backlash to your posts. We try to play the game the way it was meant to be played from the developer. You might want to read the rules here...

well.. if youre doing low level pvp/ playthroughs you may want to look into a elemental reinforced club due to its high damage and bleed (it works wonders on s&O) once youre into sens and beyond most of you're invasions will be uphill battles against lvl 40's and possibly 120's however, bleed and dodging skills still take them down fast.
Tolvo

I could be wrong Meri, but I think his post was actually about From giving mod support, kind of like what Skyrim has for it. So it would be intended community work, not people modding to cause grief to others or give themselves an advantage. I know TF2 is big on this and love to have community made skins and items that they sometimes add to the full on game. I could be wrong, but I'm pretty sure his post was actually on the up and up.
meridam99

When I read the word "Mod" I think modification, which means to me changing something from it's original state. If he is talking about User Created Content, then that is different and I think that would be awesome if there was user created content for Dark Souls, but unfortunately From Software would never do that.
Buggy Virus

meridam99 wrote:When I read the word "Mod" I think modification, which means to me changing something from it's original state. If he is talking about User Created Content, then that is different and I think that would be awesome if there was user created content for Dark Souls, but unfortunately From Software would never do that.

My bad for not specifying. I always called the two the same thing, and most PC communities do. Console communities are a bit sensitive to simply the word mod.
sinisterapathy 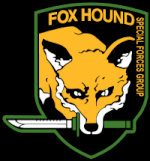 heh thats because anytime someone mods on consoles its ALWAYS cheating...pc mods are great fun. reminds me of back in the day when i first started pc gaming.example: Red Faction aside from the multi maps that were vastly superior to the ones the devs made there were alot of sp mods with better story lines and design.
Zechk

In the PC community:

'Exploits' are the use of broken game mechanics to cheat or gain an advantage
'Hacks' is a dumb term (because no hacking is involved) used to refer to various cheat programs, e.g. aimbots,
triggerbots, speedhacks, wallhacks, radars, ESP, and so on

Mods are cool, I'm all for mods. People aught to be a bit careful about lumping them in with actual cheating in 100% of cases.
Sponsored content