Is this the biggest waste of money in the game or what? Has anyone got it to work well, maybe at a really high level or something. I ended up killing the guy who sold it to me because I was so frustrated
PPG-3-

as for the miracle...it is a bit underwhelming. you need to be taking conscutive hits in a row for it to trigger. tank builds with heavy armor and lots of hp would probably benefit from it...at some point. Most likely in PvE against mobs.
skarekrow13

It's probably useful for the group of hollows with torches that swarm you in Undead Parish. You know....the guys you already killed to get to Oswald to buy the miracle.
PPG-3- 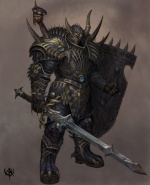 It worked well for me once. I think it's best used by tanks with high poise. Just let the guy beat on you and BOOM, there's the Karmic Justice.
Jenova_X

At sl 400 I figured I would give it a try in pvp, thinking that it could be usefull. Boy was I wrong, that miracle is pure garbage, even in pve!
strangejoy 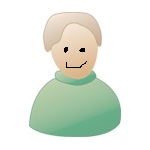 The only way I've been able to successfuly use it is with a shield that has less than 100% physical damage reduction. Block, block, block, blow up! But even then, activating it seems to require hits from multiple opponents, which isn't practical in pve or pvp.
jagger_1243

Miracle users get wrath of the gods because all our other offensive spells are garbage like this.
Back Lot Basher

I had one successful experience with KJ. It was in PvP, and a guy stunlocked me. On about his third strike, it exploded, took about 2/3 of his health, and knocked him on his ***. When he stood up, I came around with a two handed strong attack with my halberd and finished him. It was a like a storybook ending. And I've never been able to repeat that success.

It's an interesting miracle, and I think if better designed, could have been a quirky addition to PvP. Perhaps it would have been better if it was something that triggered after three hits in rapid succession, an obvious combo.
sparkly-twinkly-lizard

does the chaos blade trigger it via its user damaging effect?
Back Lot Basher

In the description I think it says something about being triggered by physical damage.
Sponsored content