Let's face it, we all love Dark Souls. The community behind it and DeS was never one to complain about things the common man would gripe about. The difficulty, the multiplayer, the big beautiful boss battles.
That's right.. Those boss battles, or invasions! What an amazing spectacle to behold. That's why I'm starting this thread. Here you can share memories of those battles that have been locked away in the past. Show off your carrying, your failures, your adventure and the struggles within it here!

So come on, Show me your moves!

Now, I'm not going to currupt the first post with videos or links, I'd like to keep that as clear a possible. But here on the second post my my, the rules are far different. Let's begin the sharing!

Gravelord + Sunbro + Solaire VS Smough and Ornstein
3 Chaos Witch Quelaag battles
Maneater Mildred isn't even a challenge when you try to make her into one
This Taurus demon should have just made like a banana
3 man party against Gaping Dragon, channeler left alive

And finally The most annoying world I've ever been summoned to, 5 minutes long but skip 2 to go immediately to the gaping dragon. 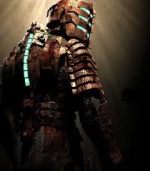 Oh well, before anybody shares their success, I'd like to share my frustration of trying to beat the Asylum Demon with bare hands (to get that badass hammer) and ending up killed with 5% HP boss... Sweet times

Veradox wrote:Oh well, before anybody shares their success, I'd like to share my frustration of trying to beat the Asylum Demon with bare hands (to get that badass hammer) and ending up killed with 5% HP

I tried beating him to a pulp with my fists on my most recent character. It ended similarly. I find that the biggest problem with the Asylum demon is his tendency to back up into ****. Since his right cheek is the safest place to perform a spanking it never ceases to annoy when he backs against a pillar or a wall.
Sponsored content