A theory about demons

What do you think? 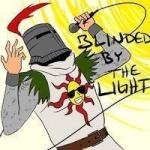 A theory about demons

Here's my theory about the lost izalith demons: they are all products of dragons or the remains of dragons that were influenced by the bed of chaos. Think about it for a second. The demons in the demon ruins all have skulls that look like those of dragons. The fire-breathing statues resemble and have powers like dragons, and the centipede demon is basically a gaping dragon with fire that likes to play "the floor is lava." Feel free to criticize me or discuss me.
Zyrrashijn

I don't think that the defeated Dragons were transformed into Demons. The Heads of Taurus and Capra really look rather animally and not like dragons. And the Centipede is not very close to the Gaping Dragon, who himself is considered a lowly Dragonform at best.
I rather think the townfolk of former Izalith City was transformed into demonic shape. Albeit i must confess, the chaos witches seem to have gathered the remains of Dragons, as we can see in the lava area in LI, at least their rear parts.
nsane32

All demons are the product of the Witch of Izalith when she became the Bed of Chaos. Heck, even Ceaseless Discharge is confirmed to be the only son of the Witch Of Izalith.

The giant Legs in the lava are the rotten back ends of Zombie Dragons.

Dunno about the Centipede Demon; I wanted to hack his tail off though. Didn't give me a damn sword though...
Sponsored content