This Build Will Get You BANNED 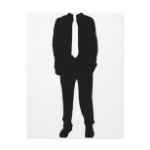 This Build Will Get You BANNED

PREFACE: I'm a "dinosaur." Demons Souls and all that jazz. I remember Mildreds store of the damned and Serious as a young man. However, I get sent to Afghanistan somewhat frequently and when I returned this last time, I switched from PS3 to Xbox because it was a $10 download and now I could Co Op with my bros.
The griefers on the box were very disappointing: just Giants Armor/Child Mask/Lightning Weap. I decided to spice up the griefing scene.

Power = Responsibility, therefore there are three different courses to play here.
1)Invade Newb: Just skull lantern and slowly walk around. Sometimes drop a Divine Shortsword or something and "Welcome to Dark Souls"
2) Invade Experienced Player: Slowly follow them through the level, combust any phantoms who get too close and toxic the host if he lingers to fight.
3) Invade Hacker: Toxic, Lloyds, Dodge, repeat (it actually kills hackers dead)

After the Iron Flesh, only high level weapons make a dent although anybody on NG+ kills me in 1-2 swipes and the low level stuff does maybe 1hp - but I'm also practically immobile.
I let them whack away and give them plenty of time to see that they can't win this but they could easily outrun me. Nobody ever runs. People recoil off of ledges or try BSing only to roll off a bridge and honestly, they do it to themselves.

I've been using this build for 2 days now and I've ben reported for hax more than I have ever experienced. Some irate messages about the host beating the game with their eyes closed and no controller but couldn't beat me, therefore hax.
So, when do the Xbox police show to lock up my Toxic Tonberry?
Leet

This build will pose no threat against a competent player.
GrinTwist

I doubt you'll actually get banned for this build. From what I've heard a lot of the Xbox police are very lenient towards DkS players, that's why the 360 is known to have a lot of hackers.

Also, I don't think everyone will be able to work that build too well against experienced players but if you can props to you!

Oh, and welcome back to the forums.

If you actually get banned it would cement my appreciation for the ps3 compared to the xbox.....which is kind of a sealed deal already.

I don't honestly anticipate receiving the banhammer but I felt the need to report the innumerous eye rolls of mine to the leet of the game.

The build isn't intended to pose a threat to anybody, it's just a slowly lurching tank that is of no concern unless you approach it and don't heed the very obvious warning signs.
On the PS3, I learned to love griefers because they were either A) a chance to test myself against somebody who has an obvious advantage or B) a ridiculously entertaining theme/cosplay build. The Xbox-ers don't seem to have much of a sense of humor and don't seem to recognize one when they see it.

The thing is, once Iron Flesh is cast - anybody can outrun this thing. Dung pies are easy to dodge, I rarely bother actually attacking, and I usually just hold the lantern walking in one direction or another - undisturbed by their efforts. Point is, if you ignore this thing than it's not a threat.
But nobody runs or ignores it. I'm at 96 humanity (started at 0) and that's not including all the disconnects followed by hatemail. Of all that, only one guy in the Parish backstabbed me, saw that it did nothing, then ran ahead, summoned his phantoms and went for the boss.
People insist on trying to fight it but end up rolling off a cliff or getting mobbed as they follow me slowly trekking through their level (or I toxic them for spamming obnoxious gestures). Even the NG+ guys biff themselves sometimes.

It's an interesting social experiment for me because I've never seen such irrational behavior until I switched to the box.
I guess this is along the lines of Priscilla - if it posses no threat, do you risk aggravating it?
Jansports

I have a Tonberry build. it's SL20 and I made it when I learned how to make green people. I use the Dingy chest+legs and tell myself thats blood splatters on it.

Like yourself I've witnessed some really absurd behavior from the people I've invaded. Some send messages because they recognize the slow walking knife holding hooded threat, others run away. But most do in fact run up and try to hit the crap out of iron flesh. And let me tell you Lightning Knife Vs. Whatever they got, is not a super fair fight. I Also carried around a normal Dagger for Resin use when I felt major theatrical (and it did surprisingly well, that attack speed)

All in all it was fun. But it really falls flat against anyone marginally competent so I stopped using it so much and eventually deleted it to make room for other things.

I think is MS look at your build (and understand the game), they'll just laugh at that build. Looks hilarious to use haha
OrnsteinBro

Sorry to be sort of a downer, but this looks nowhere near as annoying as the rampant Brazilian/Spanish hackers on the 360.
Leet

Do people still not know you need to two hand against iron flesh?
SadPanda

OrnsteinBro wrote:Sorry to be sort of a downer, but this looks nowhere near as annoying as the rampant Brazilian/Spanish hackers on the 360.

Finally someone agrees about the damn Brazilians internet connections. It's like they made a router out of a light bulb and camped out back of a McDonalds.

I once got a 3 day ban because I invaded with this build in the Parish:
http://mmdks.com/3cgf

Long story short, multiple people labeled me a hacker and when I logged on the next day I was greeted by Xbox screwing me over. Goes to show how good Xbox LIVE is at moderating.
theGentleman

Panda; I like that build. The bloated head is just about as obnoxious as the family masks and there is a simple elegance to just standing there while rotating through various bleed/poison weapons. (My personal preference is the spiked bat with rotten resin.)

The great thing about the router lag is that it can't protect them from Toxic once inflicted. I had an amazingly spiteful voice message sent in Portuguese after a grief which was only sweetened by what I assume was his mom yelling at him in the background. My wife listened to it and then started emulating some of the words to berate me over burning the bacon during breakfast (a habitual sin).
Saturday-Saint

TooLeet wrote:This build will pose no threat against a competent player.

Neither will like 90% of the builds posted here, but I don't think that's the point.
Sponsored content