Best Places and Levels for PvP 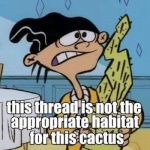 Best Places and Levels for PvP

I'm aware that, to the best of my knowledge, the best place for dueling is 4-1 at SL 120; but where would a SL 90 find himself a bounty of victims/friends?

Right now, I'm throwing down a summon sign in the second level of Latria, so that I may be summoned by my pal, Old Monk, taking a much less active approach in searching for PvP. (Who likes spamming Black Eye Stone for years?)
Unfortunately, the more active levels for this fight, if there are any, are a tad lower than my level range.

So, my Gentle People, I come to you to ask: What are the best Pvp/Co-op locations for a man of SL 90?
And not just SL 90, but all Sl. Any information is welcome!

(Also: If there happens to be some sort of guide or page for this sort of thing, feel free to post the link. That'll shut me up right nice.)
Reaperfan

Posted the below a while back talking about general online activity, though I can say if you're looking for PvP you're best bet is always going to be 4-1 regardless of soul level.  Your only only other decent bet is 3-3 as the Old Monk. Otherwise it's all just random invasions with little PvP-oriented structure.

Reaperfan wrote:Since the progression through Demon's Souls isn't as defined as it is in Dark Souls, its very difficult to make a guide for it since no player tackles all the areas in the same order.  In Dark Souls it's rather clear-cut the path they intended you to take;  Undead Burg > Parish > Lower Burg > Depths > Blighttown > and so on.

In Demon's Souls though, it's less clear.  After beating 1-1, a player is just as likely to take on Stonefang Mine, Latria, or the Shrine of Storms as they are to progress on to the Tower Knight.  Because the game isn't open-world, the worlds don't flow into each other and it makes progression much more scattered, with areas being "blocked off" not with keys you find from bosses (Gaping Dragon/Capra Demon), but by the enemies simply being too difficult at the moment.  This makes pinning down an effective level range for an individual area in Demon's quite difficult, as skilled players can overcome the more difficult enemies at lower levels, and it makes every area in the game have a huge level range.  Someone is just as likely to take on 3-2 at level 20 as they are at level 70, or 4-1 at level 5 as they are at level 40.

Not to say it's impossible to narrow down good areas, you just have to be more broad about it.  Break it down into Early, Middle, and Late game areas, with "grey areas" between those tiers for the more ambiguous areas.  Just get a feel for how far you've progressed a certain character in terms of level and go to an appropriate area.  These are by no means concrete, but the way I like to break it down is something like this:

Early-Middle (can work with either Early or Mid-game ranges):

Middle-Late (can work with either Mid or Late game ranges):

So while it's not a very strict guide, it's the best I've been able to figure out :|

Sorry if this post went on a little long, but I hope it helps

In demons u really dont find alot of action as much as dark but u can i find it's best to go low lvl or the 100-125, at low lvls try invade early game places or 3-3 i find it the best thing to do now by low sl i mean something like 10-30
Walter_White

i'm still using my SL32 (EU Version) for Invasions in 1-3 and 4-2 and sometimes 3-3
working great, there's always somebody playing. if i get 3x Invasion failed i move to the other level and there it will work.
you have to be on low lvl for Demons Souls Invasions.
Sponsored content