Hey all. I've been lurking for a while just thought id finally join! You can call me Nim for short.


I bought the game on launch day and I love this forum and its given me a lot of great challenge runs. Im just killing time before dlc comes out! 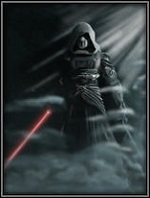 Welcome, both of you! 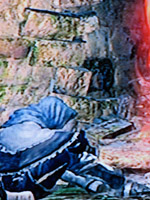 Hi there! Just your average gamer who loves Dark Souls. Been a long time lurker and it's my first time posting.

Hello guys~
I'm Ed. Yes my username is a pun to the acronym.
I'm 24, been posting a bit before doing this, but I thought I should do it regardless.

i'm an art student working on his associates degree in illustration.
Like you all, lover of the wonderful DkS. And soon hoping to join a user-made covenant. Though they're all awesome, I'm indecisive as to which to join. ;_;
_________________
"Unless someone like you cares a whole awful lot, Nothing is going to get better. It's not." - Dr. Seuss
Tolvo

By the way Edysfunction...That's a nick name that will die with this post.

Ed, my advice for finding a good user cov is to mention someone who doesn't really have a hand in them, otherwise you'll get totally bias/Salesman responses from people. Welcome, and I hope you find one that suits you.
EasilyDelighted

Man, I feel YOUR pain. Art is so much easier (And at the same time, not really.) Than an English major.

At least for me.

Edysfunction...haha! Now I know what I'll call my new character!

And thanks for the advice!
I'll keep that in mind!

I'd have to say both of the markets we're working in are pretty difficult ones to stay afloat in.

If you want a quick direction, just let me know what you like to do in dark souls and I'll point in one way.
EasilyDelighted

The worst part is, that I can't see myself being able to do any other type of work other than this once you totally dedicate to it. D:

Well, I love co-oping. I'm currently a sunbro. But most time I have to wait a seriously long time to get summoned. Even when I have the most popular SL for specific areas, of course I know that means there's also a bunch of people doing the same, so its hard to get picked right away.

I've been wanting to try a bit of invading but I suck as a Darkwraith....big time.

From what you are doing, the Noble Knights is what you will want to look at definitely. The invader groups are a bit sparse so mostly story and area of invasion you'll want to think over with them. But Co-Op, pretty much the monopoly is Noble Knights. They've got a few theads in the covenant secto, you should check out if its something that might interest you.
EasilyDelighted

Hello Soul community, I'm known as Brave. I've been playing dark souls since the day it came out and I do consider myself a professional though by my own standards. I tend to come out a little harsh and misunderstood to most but please "Don't get butthurt over what I say". I always mean well and rarely talk down to any player about how they go about playing the game. My play style is rather.. different; I like charging instead of picking off or holding ye ol' shield up. I tend to rush through all enemies and hunt down invaders before they reach the host. I don't PVP since my days back in demon's souls were, for lack of a better word, bad. Never could get used to fighting another player as I don't like thinking about people raging from my kind of play style. Gankers deserve to get booted off a cliff though >_>. Guess i'll wrap up with my build, SL, and PSN.

Builds never mattered to me since skill, patience, or both can get you through just about anything. Though I might change this build once PTD hits consoles.
Tolvo

If you do have any worries about people feeling hurt over your words if they are a bit harsh, you could maybe add that as a signature at the bottom. That way with every post there is a little message saying, "Sorry if I sound a bit mean or harsh towards you, I don't mean any ill will. I'm just a bit blunt and speak my mind."

That way if anyone wonders if you are maybe angry with them or seeking to hurt them, they can see that and just understand, "Ah, that's just how he talks."
LordRevan

If you do have any worries about people feeling hurt over your words if they are a bit harsh, you could maybe add that as a signature at the bottom. That way with every post there is a little message saying, "Sorry if I sound a bit mean or harsh towards you, I don't mean any ill will. I'm just a bit blunt and speak my mind."

That way if anyone wonders if you are maybe angry with them or seeking to hurt them, they can see that and just understand, "Ah, that's just how he talks."

That would probably apply to most of the forum users

I just found this site , It looks nice . I been going to team xbox site ,but IGN is closing the site . They are leaving the forums alone for now . The posting has drop ..

I been playing DS on the Xbox for awhile now. I just finished the painted world .

Priscilla the Crossbreed. What a hard time I had .

I been fighting thru this game all the way. Its been a blast. This is best game I ever played.

Ask a lot of questions? How dare you!

You should be asking every question!

Welcome there man, good to have you. I hope you enjoy your stay here and have a fun time. Before you start asking questions might I suggest checking out the Resources Thread. It's a global at the top of every section of the forum, it's set up so that commonly asked questions can be answered.

Again welcome, and have a good time.
WhatDoesThePendantDo?

Tolvo, can I suggest an off-shoot thread?

How's about a Forum dating thread?

Considering it would just be full of SonofArtorias, Skare, Dough and I talking about our "wrestling moves." I don't think that would be a good idea.
WhatDoesThePendantDo?

Awww taking all the fun out of this place

Hello people!
I played Dark souls a lot in offline on the xbox, now i´m trying to get used to the online in the PC.
Looots of things to learn

Also, maybe is because the game just started but, the online looks a bit empty at the moment.
Tolvo

Yeah, currently there are connection issues for the PC for the time being you'll be having some issues with playing with others. I imagine after a bit they'll release a patch for this and some other fixes.
Eddy Montana

I really hope so, the pvp and co-op looks really nice.

It's fun as long as everyone plays fare. But since there are humans playing this, there always some **** who wants to grief others.
Eddy Montana

that's another thing that worries me, since you can use trainers and other hacks freely and seems like we cant expect much support from FROM software