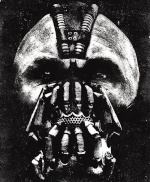 Since my PS3 cannot play discs at the moment, I have decided to go crazy and try to experiment with creative builds. My first inspiration are the SEVEN DEADLY SINS :affraid:

:affraid: . Much of the build serves an aesthetic purpose, but if anyone has any suggestions to make it a better and more playable build, be my guest. It'd be cool if we could make a covenent out of all 7. I started with the most simple:

Hmmm, Gluttony will likely be either an end gouge or hp gouge? Envy, hmm and greed will likely run Symbol of Avarice - Silver Serpent ring, Evil eye ring with server to regain life along with perhaps replenishment?
TehInfamousAmos

After that you could attempt the Four Horsemen?
Cantankerous_Flood

Yes! Most definitely, but not until this project is done good sir.

Oh, and if anyone has already done something like this, I would really appreciate if they could share the link on here.
kazumoshi

I can see pestilence now.
TWoP, toxic and poison mist with the gravelord sword and poison knives+ dung pies.
User

Gluttony would include harvets of sorts.

The Two Seprent Rings and Evil Eye may work for you, as well as the Chest Helm and the Server/Butcher Knife.

Envy would be similar to that of the Demon that represents it, the Leviathan. Perhaps the use of An extremely hard killing beast that brings terror with something large.

Pride would be something that is Golden and Bright for all to see and it pops out. Xanthous Clothing might work, as well as the use of Bright Colours and Weapons, perhaps the combination of Yellow (lightning miracles and Sunlight), Red (gravelord miracle and chaos pyromancy), and Blue (Great Soul Spells).

Lust would be using Undead Rapport, Aural Decoy... go to Toxic Fun Time (in signature folder), and look up Banshee of Erotics.

Greed would be similar to glunnony, however Greed would include not Evil Eye, rather perhaps Dark Hand. greed and gluttony would be ahrd to differentiate. Greed looks for physical items, so maybe the use of Gold Serpent ring is exclusive to the being, as well as using weapons that require wealth and rage amounts (Think a great amount of crystal items, bolts/arrows, and other items).

Sloth would be the use of Tranquil Walk of Peace and extremely heavy items and weapons, maybe the use of armour may be heavier than envy, and may even resort to weight that is close to being unable to run, and can just walk.
Cantankerous_Flood

Exactly as I was thinking, Acidic. I'm going to try and space them out a bit though. Haha. Anyone have any thoughts on WRATH? I'll get to work on GREED.
WyrmHero

Greed - Shiny weapons and armors along with Acidic's suggestions.
User

Power Within may be best for Wrath
ZikoLogiKa NL

Ziko might be up for this when he gets to be one of the shady , creepy looking guys :roll:

Currently thinking about a few things of my own so I will come back with suggestions and such any time soon.
WyrmHero

I think wrath should have a very high AR Str weapon, along with Red Tearstone Ring, a powerful buff and Power Within. It should have WoG obviously, and Fire Tempest/Chaos pyros.
WyrmHero

And maybe dragon body, so when it roars the true WRATH of HELL commence.

@Acidic: I thought I gave WRATH Power Within?


Here's GREED. Let me know what you think. Be sure to check the notes at the bottom of the page.

WyrmHero wrote:I think wrath should have a very high AR Str weapon, along with Red Tearstone Ring, a powerful buff and Power Within. It should have WoG obviously, and Fire Tempest/Chaos pyros...And maybe dragon body, so when it roars the true WRATH of HELL commence.

Sounds like a bomb idea, Wyrm. I'll make some tweaks and I'll post in the future. Thanks!
User

Maybe you can use the Armor of the Glorious for Pride or Greed :?:
User

Armour of Favour would be best for Pride or Envy. I am going to say that now.
About8547Souls 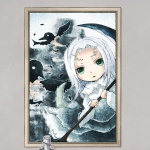 Acidic_Cook wrote:Armour of Favour would be best for Pride or Envy. I am going to say that now.

Acidic_Cook wrote:Armour of Favour would be best for Pride or Envy. I am going to say that now.

I figured FAP would work best for LUST...Get it?! HAH HAH hah...oh boy

Looks good, About. When I finish the Sins, I'll start with Death and work off of what you got. Good looks, friend.

Envy, Pride, and Sloth would be best for Gravelords

Wrath and Gluttony would be best as Darkwraiths

Lust would be best as a Gravelord, Sunlight Warrior, or Princess Guard

Greed would be best as Forest Hunter

I'll work on ENVY later tonight. I plan on taking all suggestions into consideration, but what I picture ENVY to be is something that has nothing but wants everything and is willing to kill everyone to get what it wants.
User

» Experimental builds: The Four Horsemen of the Apocalypse
» Beginner - Need Help With Experimental Build
» 3v1 builds
» How are these Dex builds ?
» The 7 Deadly Sins of Online Gaming