Hey reim can you help me later on the kings and Sif? I've tried sif but he keep killing me.
_________________
THE EXILED OF ARIAMIS hunt, with fierce dedication, those who enter the Painted World...Our Realm...and contemplate harm toward Our Queen. We also seek retribution for the past wrongs done to Our Queen and those She shelters.

You learn more from failure than from success.

"People have a lot of questions, So do I." Morgan Freeman

I need help with Sif also can you help me with that also?
_________________
THE EXILED OF ARIAMIS hunt, with fierce dedication, those who enter the Painted World...Our Realm...and contemplate harm toward Our Queen. We also seek retribution for the past wrongs done to Our Queen and those She shelters.

You learn more from failure than from success.

"People have a lot of questions, So do I." Morgan Freeman

I've ben doing some invading in the Undead Parish. So far, I'm about 1 win for every 2-3 losses, so not a good ratio, but pretty good for me. Reim, Ghost Blade is very good isn't it, I'm using it as well

I go in streaks. Many times the phantoms have elemental weapons and that tends to mess things up. I actually had someone PM me after a match. He apologized for healing. I told him its all good. I invaded his world, I expected him to use anything possible to stay alive. Not too long later, he sent me a FR and wants to duel later.

I started my build for this yesterday and this will be the final result:

However, if I happen upon non-lowbies, I will use this instead (and this is how I'll do 4kings):

After the event is over, I'll probably invade like this sometimes:

After all, I've always wanted one of these lol.  I forgot to add in the talisman, but it only adds .3 so it's still midroll.  Swapping in hornet's vs gankers sounds fun with the tickstab potential ^_^.
Halicarnassis

Halicarnassis wrote:I'm not too keen on giants armour at all but your original build is sweet

I wanted at least 1 @#$%$ build eventually :p.  In this case it's intended only for anti-gank and later invasions in general.  1st build is indeed what this event will see, and it's been optimized to just barely get a 3rd swing at SL 10.

I'm not 100% sold on the Pike.  It's really heavy (same 10.0 as Zwei) and does much less damage.  The reach is nice though and its stat requirements are the same so I figured I'd give a weapon I rarely touch a whirl.  It's running attack and backstep attack are pretty lulzy.

Edit: FFS four kings are a quite annoying fight.  I usually beat them with pyros or other suped up weapons + high stats, but that isn't available at SL10 with no attunement slots!

I tried going in there with full giants +5 but that didn't pan out; I couldn't equip the anti-magic ring w/o dropping RoFaP (a critical part of my ultimate lowbie build since I need the stamina boost for an extra zwei swing).  Even with crest shield +5 and blocking there just isn't enough stamina with 17 endurance and not enough health to tank it.

Out of options, I spent chunks and slab to upgrade the sen's fortress lightning spear to +5, and swapped into mostly gold-hemmed stuff (fast roll).  FOUR KINGS ARE CHEAP; they hit you without touching you, grab you sideways, and spam a magic attack that really can't be dodged forever because if you do that you take too long to put out DPS.

Ultimately, I learned that unless they are swinging from the right, you roll left.  I also dropped crest shield for grass crest shield just for stamina regen, and that + 2h lightning spear +5 allowed enough damage output to keep up with their spawns, assuming they didn't get grab/aoe/ranged happy.  Still, won on my 2nd try with that setup.  It would have been an EASY fight if I would have gone to lvl 12 to get power within, but that's breaking the rules :p.

I have discovered, however, that lightning spear +5 is not an ideal anti-gank weapon, even in full giants + mask of mother.  I've been toying with adding the giants helmet too + ring of steel protection for those non-lowbie guys, and just using another sweeping stunlock weapon (maybe I'll just go NG+ and get another zwei, taking it up to chaos or something).  It's not like anything left will even be challenging now that I downed the 4 kings.
Halicarnassis

^the 4 Kings was a pain the backside for me too. I've done them on 2 builds now and my Dark Solaire build had a Lightning Clay+5 which I can only 2-hand. It was swing, roll back to recover stamina, 1-hand to block with Crest Shield, rush in, 2-hand swing, roll back.. and repeat! I did use DMSeance Ring for an extra spell and had lightning spear which helped to start. I've just done Nito who was a piece of cake! Tomorrow gonna try tackle Izalith.

It feels like unless you're rocking havels or the stone greatshield, it's probably best to just roll to dodge all the attacks and forget about blocking.  Blocking eats up a lot of stamina (more than roll), pushes you backwards, and does damage.  All of these things slow you down.

If not relying on RoFaP I would consider advocating going in there with the anti-magic plate ring and stone (or upgraded Giants) armor and just going nuts on them, tanking everything up close.  That would work great on someone building for SL 55...well in regular NG anyway lol.  GMB would always work if you have enough copies, but again not SL10 friendly!

At SL 10 , it makes more sense to just put stamina regen on and roll dodge + attack.  Once you get close, rolling left works on everything except the AoE blast and the 2nd swipe in their 2 swipe combo (roll right in that 1 case).  The timing is WAY more forgiving this way and with grass crest, cloranthy, or child mask you can lay into them really hard with light armor and still have stamina.

The big snag is that garbage slow homing magic attack.  I decided to just keep attacking and tank those.  Anything else takes too much time.

Izalith is my next target.  I want to be able to pick up a chaos weapon, but more importantly the lightning spear +5 will be solid enough there (not amazing but better than in Seath's area or Nito's, though it can work down there too).  Fire sage is a bit cheap sometimes with the jump back + spam AoE, but nothing too difficult, and centipede is pretty easy to dodge.  Bed of Chaos is an annoying boss; pure fake difficulty (trial and error gameplay), but now that I know that boss fight I've broken it.  It's comically trivial if you go right first, take that out + quit/restart, then go left along the wall.  I have a light crossbow + binoculars and that'll be enough for the left side w/o risking falling off the pits at all, ever, until the final middle charge.  I might die there, but there's a good chance I won't. 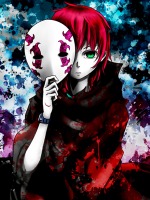 reim0027 wrote:Both of you are added.  I think I'm going to stick with this toon.  I've got 33 kills with my invasions so far.  I'll have to commit suicide to lose my humanity for this event though.

I'm just going to use a base SL 1 with a Heater Shield.

Dibsville wrote:I'm just going to use a base SL 1 with a Heater Shield.

Very basic, but should be very effective.

Last night I went against someone with a DGA (1 handed and fast rolling and well over 1k in vitality) and another with HCSM. Needless to say their SL was way above me.

I also invaded someone who insisted on staying in Grigg's room. So, I went in to fight them there. It was his choice, I guess. I waited outside for him, but he just stayed in there. Long story short, Griggs ended up killing him.
_________________

Just remembered, is Calamity Ring allowed? I prefer to use it when I'm invading Parish and Burg since the 99 Humanity gives me insane defense for that level, and I prefer to be as fair as possible.
_________________
PSN: Dibsville
The Exiled of Ariamis; join the cause!