Very true Acidic. That's one of the great hypocrisies of religious scandals. Let's believe in an all knowing God who sits in judgment of my actions, yet commit sins and believe they're ok simply because my fellow man has not yet figured them out.

As for Lautrec, I'm sure his calm presence made him particularly stressful for dear old Petrus. Anyone else at the shrine is clouded. Their goals and ambitions more important than what Petrus might have hatched. Lautrec however, he seems clear headed and very observant (Patches is observant too but too caught up in profit to worry about another villain).
User

Lautrec is such an interesting creature. That, and he is the most respectful of all kniights, rivalled only by the onion. Even Solaire falls into a crestfallen state, and faith begins to... lack.

I also like to point out that the pendant is never seen at all... until Rhea is killed in the church by the supposed Petrus. Interesting, how the forest hunters are the only other beings that can obtain pendants, and are never seen across the world.

The pendant is to represent the God of War, and fond memories. Seems odd for a lady of the cloth, a career that lacks offense, to carry such a pendant... or supposedly carry such pendant. Of course, other characters are known to give away medallions of the Gods as well. Petrus never shows signs of carrying the pendant at all when you kill him at any time... so I wonder where the pendant came from.

Perhaps the best thing to look at, is the fact that many knights are known to go across the Undead Parish from time to time. Perhaps there was a third man that took the Ivory Talisman to confirm the deed to the man of coin, while leaving a pendant in order to make sure that her path of death is more... settling.

So if there is a third man, who would carry such a prized pendant around to drop and leave? Lautrec is unlikely, as he does not necessarily require it (embrace has a way to make man very zealous). So what other creatures walk across the church and has connection to such a God of War?
baby_beavis 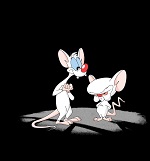 The reason I made this thread is because I believed there was a third man, and was looking for leads to who it could have belonged to. That petrus link really pissed me off yesterday eventually, not the poster or anything, but the fact that it made sense and at first I accepted the fact that petrus was the hand in rhea's death; later got pissed off at the fact that i had killed them both just before the murder and neither of them drop the pendant, but it's kind of a relief that you mention a third. Even so, with some of your posts around here, I get the feeling you know something we don't but can't tell if you are actually hinting at something of asking in a strange way. I'm inclined at the former, but, who knows.

As for who has a connection to God of War, i have no clue, but what creatures walk through the church? The channeler? The knight, just like there's one in the painted world before priscilla? Solaire? The pardoner? The gargoyles? WoW brigade? The balders? The undead? Or one of the barrels? (meaning the princess of dusk using chamealeon).

I missed someone didn't I?
skarekrow13

Don't forget the words of Lautrec, Oswald and Petrus himself. Petrus is almost certainly complicit at the least if not directly responsible. So for a third party or conspiracy style murder it would not only have to be someone who could be placed at the Parish but who would go along with Petrus.
retro

Sorry if this is off-topic, but perhaps it's better than bumping an older thread.
I only found one thread focussed on the 'invisible statue', so I'm not sure if progress has been made that I've simply missed...

but does the 3d map viewer include collision data that shows the shape of the statues? Or are they just detail-less cylinders or something else?
User

The maiden can die even if Laurec has disappeared during or close towards the opening of Sen's.

Of course, you travel to a different time to hunt down the golden knight and kill them
skarekrow13

That's a good question retro.....I don't recall seeing a good answer. It would be relatively easy to get a bow and try to map around the statues to get a good grasp of it without all that.......
ublug

retro wrote:but does the 3d map viewer include collision data that shows the shape of the statues? Or are they just detail-less cylinders or something else?

Acidic_Cook wrote:Of course, you travel to a different time to hunt down the golden knight and kill them

P.s do you know what happens when you summon Lautrec and solaire at the same time? xD
baby_beavis

» Players I have succesfully escorted through the Undead Burg or Undead Parish
» Wild speculation, ''Broken Pendant, Pendant, and Manus.'' POSSIBLE SPOILERS
» What do you do with Rhea's pendant?
» Rhea Idea (possible pendant connected)
» Glyphblade's All Secret's Revealed (Major Spoilers)